TheDonald
Communities Topics Log In Sign Up
Sign In
Hot
All Posts
Settings
Win uses cookies, which are essential for the site to function. We don't want your data, nor do we share it with anyone. I accept.
DEFAULT COMMUNITIES • All General AskWin Funny Technology Animals Sports Gaming DIY Health Positive Privacy
1068 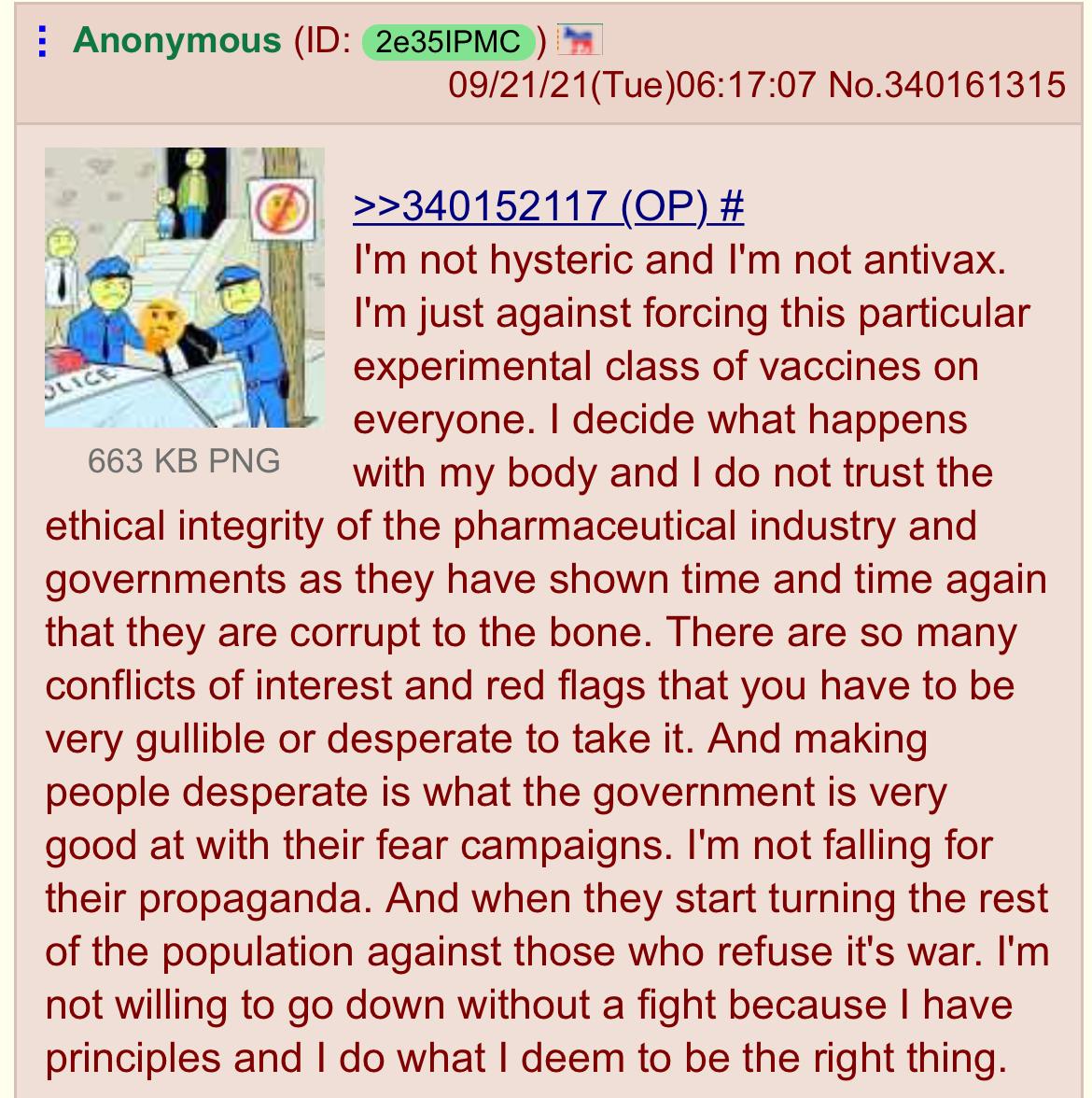 This is a war nobody wants - especially the weak-minded faggots that fell right in to the fear/peer pressure. They are going to regret punching the quiet kid. Bullies are the first to fold when the gentle guy has finally had enough and a real fight starts. Because what the bully believes is just a show - or maybe a shoving match - is actually a fight to the death where there are no rules. Fake bravery vs seething rage is not a fair fight - even if the numbers favor the pretenders.

Fuck the simp trying to gain cred by mindlessly shitting on the antivaxx label. Like, bro, they’ll come for you next anyway and you would deserve it bc you just told them you support that behavior and mindset.

It’s like saying, “Hey, I totally support separating THOSE ppl from society, and they certainly deserve your ire, just spare me please bc I don’t Wrongthink. In fact, if you told me to sell them out, I would, just so that you would give me 15 seconds of your attention span.”

I didnt read it that way at all. In fact, it was a pretty good summary of my non-science based reasons for abstaining (of which there are also many) . I wouldn't say that I was anti-vax in that i've decided no-one should ever have any kind of vaccine ever. But I definitely am not taking this one, and for all of the reasons listed.

Sure. I agree with you there about the reasoning that followed. But you have to see the bigger picture: the term, anti-vaxx only exists as a smear tactic meant to harbor hatred.

It’s a plant in the English language meant to divide ppl on arbitrary lines and on concepts that nobody readily understands in the same way due to semantic blurring and misdirection.

There are plenty of ppl who have experienced first hand some of the adverse reactions that can occur from other vaccines. Perhaps some of those ppl truly have fallen into the “100% no vaccine ever camp”, but I’m sure many of them may just be emphatically trying to share their heartbreak. I think those ppl deserve to let their voices be heard and stand on their own rather than have their experiences editorialized and summarized, and be involuntarily grouped into an outsider or “other” group by some hate filled government teat sucker halfway across the country.

I cannot say for certain whether or not vaccines are and for a long time have been implements for bringing about a rise in autoimmune diseases, autism, etc. I plan to flesh out that area of research one day, but for now I’m still digging my way through current events with a newfound interest in medicine. From what I’ve seen already, I wouldn’t rule it impossible.

oh ok, yes I agree with you that the term anti-vax is a term designed to create an "other class" that can be demonised as necessary. I think in this instance though that it was short hand for "I'm not against all vaccines?" So I suppose the issue is to provide people with another short-hand term they can use which can't be conflated.

"...I do trust the ethical integrity of the pharmaceutical industry..."