TheDonald
Communities Topics Log In Sign Up
Sign In
Hot
All Posts
Settings
Win uses cookies, which are essential for the site to function. We don't want your data, nor do we share it with anyone. I accept.
DEFAULT COMMUNITIES • All General AskWin Funny Technology Animals Sports Gaming DIY Health Positive Privacy
1316 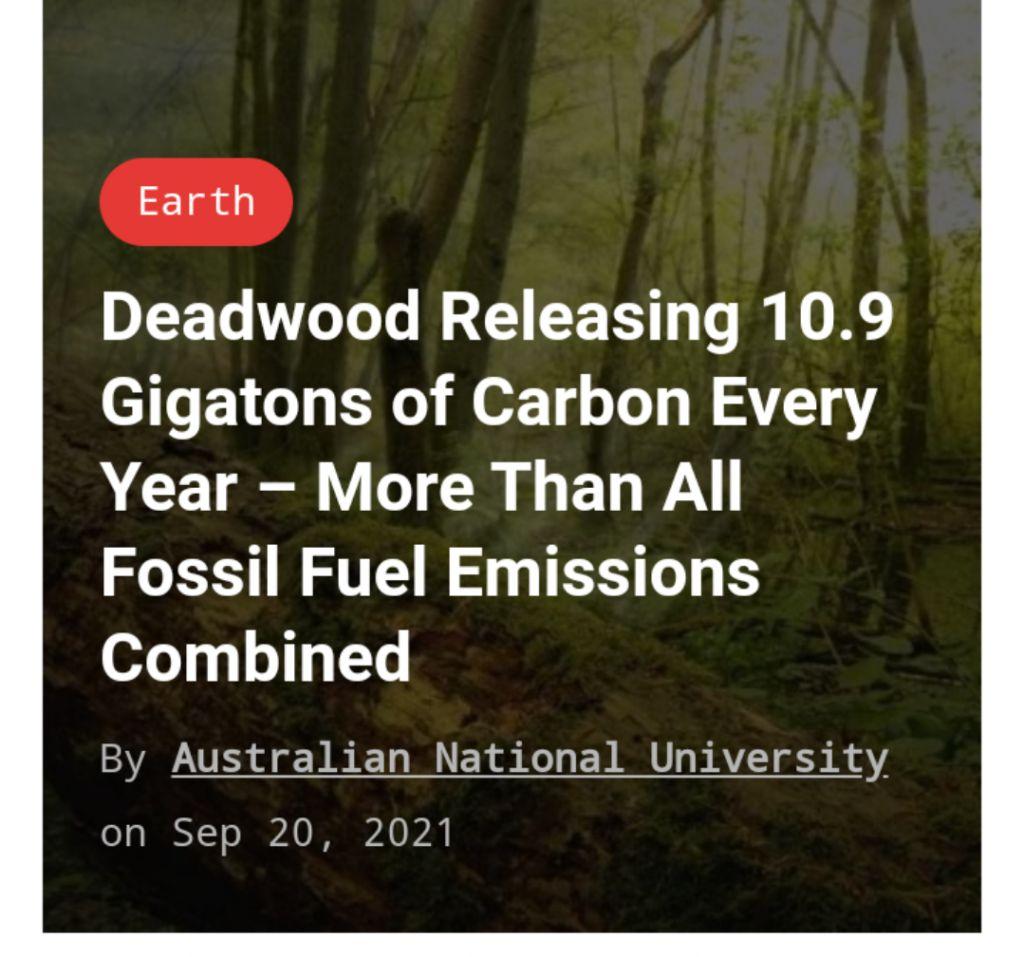 Not if we vaccinate trees before they die

We also need to cover the oceans in a layer of plastic because water vapor is the worst greenhouse gas and they are the largest emitter of ozone damaging chemicals.

I came here to blame the oceans too- they are the biggest polluters!

The what? The steak? Fuck that!

NOT THIS YEAR! They lit all the wood on fire!! How much 'carbon' is that releasing. LOL.

That’s why you have to give more money to the govt!

Now do Volcanoes and oceanic venting...

The Sun is the biggest factor on our climate. Not many know about Jupiter's gravitational pull on the planets orbit which gradually changes our climate as well.

Bro stop acting like we don’t live in a vacuum. Nothing outside our atmosphere has any affect on anything. Especially the giant fireball in the sky that makes it hot when it’s in the sky. Don’t even come at me with conspiracies like Milankovich cycles!

Those Damn Trees! It's as if nature has them supplying Carbon for living organisms to survive.

Quick make them into houses for the environment!!!!

It happens most in tropical areas so the rainforests are causing climate change now.

All jokes aside, this planet cycles through more carbon emissions naturally in a year than humans manufacture in a decade, probably more.

There's a joke in there somewhere...

Been a hot minute since seeing bundle of sticks memes!

Carbon Dioxide - It's what plants crave.

Good it's all reabsorbed by plants: it's their food

California now has a reason to manage their forests more effectively.

Reduce forest fires and save the planet from dead tree farts.

LOL that would mean people cutting down the rainforest are actually helping the climate by liberal logic. The irony.

Oxygen is pretty cool though so I see their POV on cutting them down.

Let's try to offset our carbon footprint with Solar Panels, Windmills, and lithium batteries, because none of that stuff is massively destructive and wasteful on the environment....

Can't we just have a plan to plant 25 percent more trees than we remove through construction and building material???

There's plenty of space on Earth to rehab and plant new forests if anyone gave half a fuck and decided to do something with their time besides acting like self-serving, entitled shitbags.

There is nothing wrong with carbon though.

Yes, I see that point. The false pretenses created by those with an agenda should be addressed first before we fall in to the trap.

Still, you can probably reduce energy usage considerably by planting a few well placed trees around your house rather than paying some BS carbon tax, or screwing with ridiculous amounts of solar panels.

Long story short, if you want to 'go green' plant some trees to reduce local temperatures, while preserving your environment.

And maybe save the solar panels for your off-grid setup, instead of trying to power an entire city with destructive government overreach and political kickbacks.

Most of Earth's oxygen comes from sea plants like seaweed. Terrestrial forests help, but are not the primary producers.

Also, there's evidence that the rainforest is man made, something about the tree spacing of the oldest trees being too regular to have occurred naturally. Incidentally, that should give us hope because it means we could theoretically reinvigorate large swaths of forest of we mange them correctly.

Lemme guess. The communists' plan will be "Reeeeeeeeeeeeeee! Tax people for decaying wood!"

Yep, well see patrols in the neighborhood counting sticks in your yard and sending you a bill....

off gassing of wood..

I wonder if people know by super heating wood you can turn it into a combustible gas.

John Kerry: "Even if we get to net zero, we still need to get carbon dioxide out of the atmosphere."

If that's not an indication these people hate life and want to kill it, I dunno what is.

Even if you compare it to human emissions, the difference is plants have been doing it for hundreds of millions of years. At that point, even 10,000 years of modern emissions combined, would be a drop in the bucket in comparison.

I think many of their misconceptions about CO2 greenhouse is made based largely on guesses involving Mars.

A big problem with science today, other than it being perverted to fill agenda's, is that there are many theories that aren't actually proven science, and are likely wrong or even provably wrong, that are still treated as proven science because people behaved as if it was proven and for them it's just a fact.

Heck, even almost all the sensors used to detect local temperature changes across the country, were found to be incorrectly placed, and were carelessly put near artificial heat sources. And this is one of the main systems used as a basis to "prove" man made global warming exists.

Any reasonable sane person would use this information to end all climate fear mongering and useless taxes on fossil fuels. Libtards and environmentalist muppets will instead tax the shit out of forest owners, forcing them to sell their forest to the government at minimum price.

lol .. I saw some dumbass online telling folks to compost so biotrash didn't end up decomposing in a landfill... I didn't have the heart to tell them the same CO2 is released regardless.

To be fair, at least the compost is useful at home and doesn't get tainted with the toxic chemicals at a landfill.

Here come the zoning officers walking through your woods marking and cataloging the fallen and widowmakers to fine you for your failure to remove them.

Given that matter can't be created or destroyed, and that carbon is a basic building block of pretty much all life on Earth, all life and death is effectively carbon neutral.

The problem, and the reason this is important, is that one of the climate peoples' big arguments is that there's "too much" carbon in the atmosphere, and that that's humanity's fault. This shows that humanity has very little effect on carbon levels compared to what nature does as part of it's natural cycle.

So we are referring to Biden as dead wood now?

Actually it would probably be more apt for John Kerry.

Burn down the Rainforests!

How much carbon emissions does a million migrants produce? Asking for a fren.

Nature is working as intended..

Let's not get started on how California needs to clean up their fucking forests of said dead wood because they keep catching on fire and releasing EVEN MORE CO2 into the air and fucking covering 3/4 of the country in smog! Skies in Colorado finally fucking cleared up after a month and a half of their shit, almost as bad as last year when fucking Antifa was intentionally setting shit on fire!

Fucking hippies need to fuck off with that bullshit and clean their own fucking states up first before demanding anything from us.

Now it makes sense why Newsom is burning all the trees. They're the real polluters.

We need a meme with Greta Thunburg giving her signature dirty look to a tree with the caption "How Dare you!"

This is where they cut down all of the trees and bury them.

but it's what PLANTS CRAVE!

This is the enemy we have been waiting for.

Anyone who believes the climate genie bullshit deserves all the scorn they get.

Time to get rid of the trees.

Wait until they find out what the scumbag volcanos been doing.

I think I just farted.

So....what do they suggest? We get rid of wood?

diapers on decaying wood. it's the only way we can get to zero

This one fact alone proves that man made climate change is not a thing. And let's keep in mind, plants have been doing this for hundreds of millions of years. All of human consumption is barely even a drop in the bucket.

How long until they start waging war on tree's? It's going to come full circle, going from wanting to save the natural environment to wanting to destroy it and replace it with artificial tree's that produce oxygen.

Ho lee fuk. We need to immediately remove all forests from the earth to save the earth.

I’ll fight the good fight. I save about 2-3 cords a year from rotting...... by burning that shit to heat my house. Smoking out the neighbor hood

Gives it that comfy, toasty smell

No wonder the left doesn’t want to manage forests properly.

Hmm...maybe burn it to create energy instead of letting it rot. Then you could burn less nat gas, etc. But someone will protest and chain themselves to a tree because if you let it rot that is natural but using biomass for energy is destroying the forest.

Replace all trees with wind generators!

As we learned in Futurama, the solution to global warming is ever larger ice cubes dumped in the ocean. This solving the problem forever.

Only about ten percent of atmospheric CO2 is man made. Less than one percent of the atmosphere is CO2. Do the math. Science.

So we should clear the forests of dead wood which is something the liberals don't want to do because it's bad for the environment? But actually they're contributing to what liberals believe as "global warming"? Which will also help prevent and stall wildfires?

This isn't Kafkaesque, but it certainly makes me laugh.

Human emission of carbon has always been known to be a small percent of the carbon cycle.

we can sequester more of that carbon (and, more important, methane) by converting more of that wood into treated lumber

It's all that mycelium. How else are we going to grow medicinal mushrooms?

One of the founders of Greenpeace made this same point to refute the assertion that the rain forest was the ‘lungs of the world’. He said old growth rain forest consumed more oxygen than they produced because of the decaying wood.