TheDonald
Communities Topics Log In Sign Up
Sign In
Hot
All Posts
Settings
Win uses cookies, which are essential for the site to function. We don't want your data, nor do we share it with anyone. I accept.
DEFAULT COMMUNITIES • All General AskWin Funny Technology Animals Sports Gaming DIY Health Positive Privacy
2490 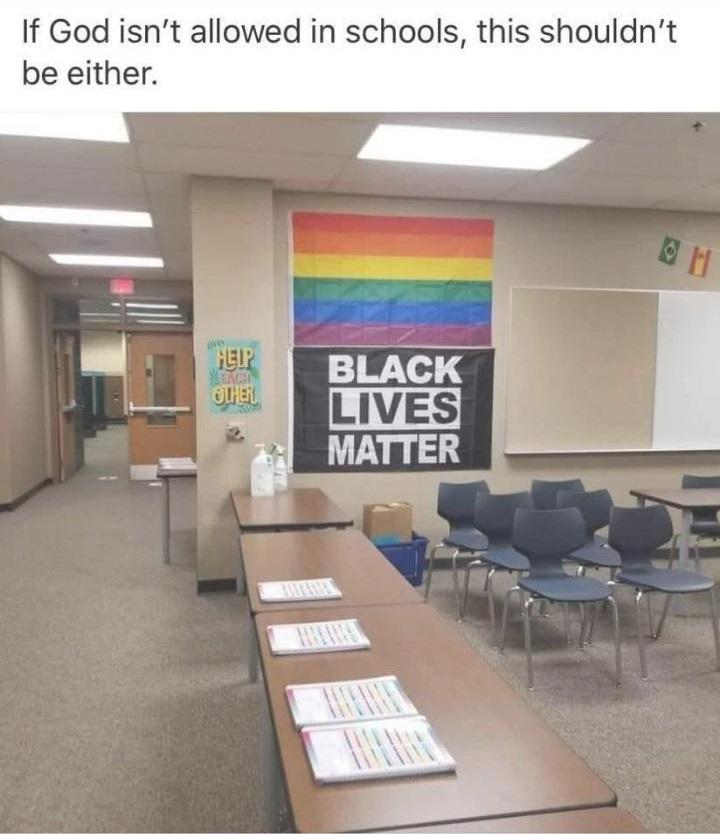 I would wipe my ass with them.

Here's some feces for your sodomy flag.

Totally agree with the sentiment.

But remember that we are subjected to "hate crime legislation". It exists solely to attack white Christian men if they do anything to resist communism.

Those freaks would love someone to fuck up a fagflag, so they can play victim and throw you into federal prison for a decade.

They can desecrate Old Glory or a Bible with no penalty, of course.

Imbalanced laws are one of the first things we need to overturn.

No I did it out of love. It was a love crime of passion.

That's what should happen. Of course they are making sure that anyone with the balls to do so is expelled. This is why secession is not a good idea.

Dumb. Succession is the only thing that will work.

that is effectively the government establishing a religion.

Separation of "Church" and State cannot occur under Marxism. The State is the Church!

Separation of Church and State is not legally binding in any possible way. There's nothing in any legal document containing that phrase.

You're right. I was making the point that Leftists tend to use to bash Christianity.

Many leftists and liberals don't get that it is not the "god" part that truly matters, but the enforcing, testing, and officializing of belief and ideology.

Weird because they also believe that laws that agree with traditional Christian beliefs are not secular, even when any reference to God's authority has been omitted. While, at the same time, they often try convince people of a legal/moral point by tying it to a supposed religious imperative.

A Nazi, Gadsden, or Confederate Battle flag is arguably just as secular, and represent an endorsement of secular beliefs. The fact that you could pin one on the wall in a school room, but not the other, should give one pause.

BLM is the Nazi party to white people.

I wish it was just college kids. Lot of white people on social media going along with it uncritically because their social media drug dealers tell them to

The whites who support BLM are virtue signalling. Most of them don't live around many blacks. They have no clue what they actually support they just do it because communist propaganda has indoctrinated them into doing so.

They'll eventually figure out that they're on the chopping block too.

My neighbors down the street - a couple of raging lefties - have had their BLM sign up for over a year now. In that time, the wife has left the husband and moved out of the house, taking the two kids with her. One of BLM's main goals was to destroy the nuclear family. They succeeded in my neighbor's case. The BLM sign is still up in his yard.

Many lefties won't realize the truth even as some bull cow is raping their daughter on the white fucking sofa in their living room.

Haha that's a great story. She's probably dropping her kid off at grandma's so she can go suck Tyrone's big radiator hose

Social media has made life worse.

The internet was a mistake.

How do you feel about the industrial revolution?

Meh...people across various races see through BLM. But hey, the focus on race spans the left and right.

Do you live in a black neighborhood? Are you white?

Because if you answered "yes" to both those questions, you wouldn't say what you said. BLM is an anti-white hate group who teaching blacks that it is OK to spread hate an violence towards white people. Don't try and sit there and say there is nothing wrong with that. Blacks are slaughtering whites acccross this country at the tune of 30+ a month. If it was the other way around it would be national news, but because it's whites being killed and blacks doing the killing, nobody says shit.

Not in mine. There is a teachers only app called Fishbowl. I got kicked off for saying that blm was racist to its core and that telling 8 year old kids to take puberty blockers was child abuse.

Minorities shouldn't be allowed in America period. If the formation of black lives matter and all of these other organizations is any indication of their contribution to this country, perhaps we would be better off without so much diversity.

My favorite argument lefties have is “black people built America!” Well why the fuck haven’t they built up Africa? Oh because y’all are full of shit and not capable of crap unless a westerner leads the way.

Same story as the Middle East. They'd still be fishing pearls and living in mud huts if weren't for the British and Dutch. Now they drive Lambos and pretend they earned it.

None of this blm and fag flag shit has a thing to do with actual minorities or diversity. It’s all cultural Marxism. Originally it was intended to be divisions along socio-economic lines, but in America it’s much easier to reframe it along racial and mental health divisions.

And all of this bullshit is coming from white communists. If there weren’t white communists in place running the media, tech, education and politics (really all of our institutions) this wouldn’t even be a thought.

White when they want to be

Culture follows genetics so it has a lot to do with non-Whites being present in the USA.

This guy gets it. It’s all Bolshevik communism and critical theory in another form..but with the same funny hat.

Equality for all means no more minorities, thats why its about equity now.

The only thing that happened is the change of god, from the one that creates to the one that destroys. Look at their flags; one makes weak men and no children and the other brings segregation, hate, the glorification of criminals and burning shit.

I see a fag flag, a dinndu flag, a Brazilian and a Spanish flag. What's the likelihood that Old Glory is somewhere else in the classroom? I'm not hopeful.

Why are kids even talking about sexual preferences and body parts... they should be learning skills to help them survive in the world

We need to start whipping these pinko faggots and I'm being 100% serious.

amount of muslims in this school zero PMSL

Wokeism is a religious cult and it needs to be treated as such.

If wholesome religion isn't allowed in classrooms or government offices, then insane ones shouldn't be there either.

I teach online. What do my students see on the wall behind me?

The DemonkkkRats removed the Christian God from our schools and communities, at the behest of Jewish urging and cultural Marxism. Only to replace it with their social justice government god.

We would have snatched that flag and threatened the teacher. Is there pure estrogen in the public water now? Get an Alexa Pure or similar. Get the estrogen out men.

Lighter, bottom-left corner. I know less kids smoke the cool way, they prefer those transformer cocks in their mouths these days, but i'm sure there is at least one pyro in every school.

Where and how long till the PTA destroys this teacher?

These are the left’s new gods. We’re in a strange sort of holy war with the left on many fronts and have been for a long time.

No offence intended against atheists who aren’t insufferable cunts about it.

Tear that shit down. Put up the empirical table and the bill of rights

If you send your children here you get what you deserve.

This just reinforces my belief that I did the right thing, pulling my son out of public school.

IF I was the age to attend that class, those flags would be covered in Feces... every day. until they came down.

This is BECAUSE God has been expelled from schools.

An, God should be allowed in schools. Should've never been removed. This trash shouldn't be in schools or any other aspect of our country other than to teach through resilience on what not to be like.

If I were a student in that class, it would not stay for more than 1 hour

This shit infuriates me almost as much as the parents who allow this stuff to infuriate me.

Seriously, the pride flag only signifies a type of sexual intercourse. There is nothing else to the "gay identity" than type of intercourse.

Kids must be soft these days? Try that shit with some 90's kids back in the day and teacher suicides would be at an all time high.

Just hang an American flag to the right and a little higher.

If the flag is taken down so other flags can be flown higher I think you can legally take them down.

As long as the classrooms are empty, i don't care what they put on the walls...commies gonna commie

Parents of students should demand to do a tour of the school and all classrooms two or three times a year.

Unfortunately, there's no Establishment Clause regarding delusion, so this crap stays up.

God is, in fact, allowed in school; you just can't play favorites. Either ALL Gods are allowed or no Gods are. If you want Christian imagery, you must accept Jewish, Muslim, Buddhist, Shinto, Hindu, and Satanist imagery as well. The Constitution says the government can't establish a state religion, and choosing one over all others does just that.

We used to have a Fairness Doctrine in journalism that required news outlets to present both sides of an issue. We need one of those for public education. Leave these up, but hang "Trump Won" and US flags next to them.

Unless it's a straight white Male!

Why not just combine the two:

The pride flag pisses me off more y tbh. So many of these left wing teachers have no clue that there are millions of gay and bisexual people who hate that flag and find it offensive. These leftwing teachers are so indoctrinated, they don’t have a clue who they are acutely helping.

Might be illegal to have that in the classroom: https://thomasmoresociety.org/first-amendment-victory-as-minnesota-school-district-settles-in-controversial-flag-display-lawsuit/

Burn it all to the ground. Ashes to ashes.

That is in classrooms precisely because God isn't allowed.

Put a picture of Susan Rosenburg blowing up buildings next to the flag.

I agree that pride flag is the old bigoted one. It denies the existence of not only POC who smoke pole, but also our most precious mental patients, the tranny community!

Oh and the other flag is a terrorist organization.

The teaching of evil is the reason public schools prohibit teaching of God. Why do you think they hate private schools?