TheDonald
Communities Topics Log In Sign Up
Sign In
Hot
All Posts
Settings
Win uses cookies, which are essential for the site to function. We don't want your data, nor do we share it with anyone. I accept.
DEFAULT COMMUNITIES • All General AskWin Funny Technology Animals Sports Gaming DIY Health Positive Privacy
1367 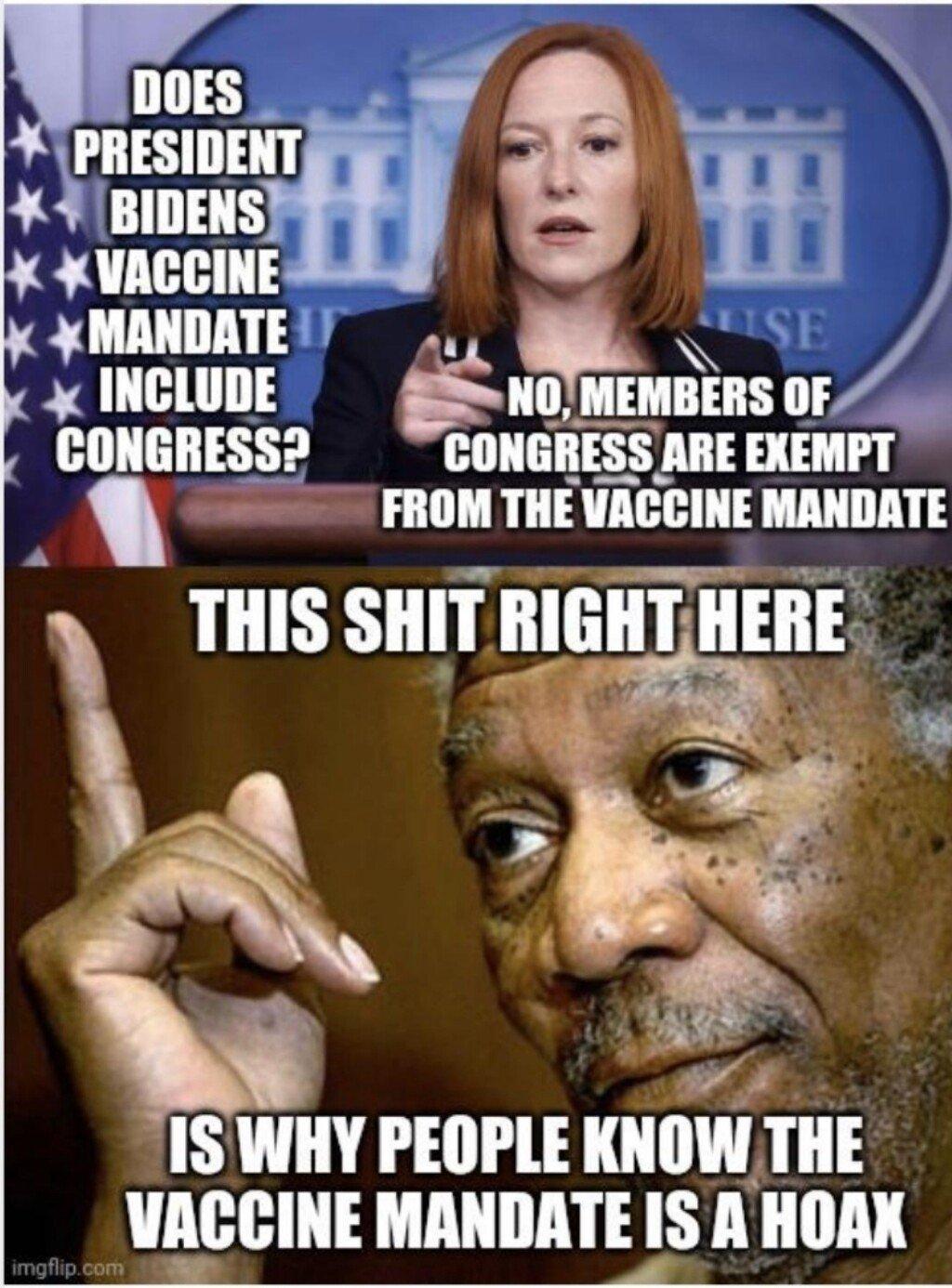 THIS is a meme for normies!

I've mentioned this elsewhere, but preventing the Executive Branch from declaring arbitrary rules for the Legislative Branch is about Separation of Powers. It's legit and proper.

The bullshit clown world reality of the mandate is better exposed by the fact that they're enforcing it on soldiers but not mail carriers.

USPS is a quasi-federal agency who doesn’t follow the GS wage scale (I believe they have their own wage system) and doesn’t get lumped in with other executive branch departments and agencies whenever they goddamn feel like it.

Same with Congress and courts. The EO can’t really apply to them because the EO was only for executive branch not legislative and judicial.

They think they are so superior to us, they don't even want to pretend to have vaccine for the show. They don't even trust anyone to inject them with saline.

Congress's excuse for that is "we are an equal governing body" so he can't mandate that for them. Which makes sense but who in TF made them the bosses of us. or makes us peons of a president. They work for us, or that's what that wise piece of paper that contains the constitution says. Apparently you have to be a real billionaire citizen to have rights.

Weird. So the virus is smart enough to know not to infect members of congress?

Please, Emerald Robinson! Put Psaki on the spot and ask why WH staff aren’t required to take the jab! I want to see her response.

Now that "official sources" are confirming the hunter Biden emails and laptop, why are we following any mandates made by an obviously compromised president?

They're exempt because that's how the seperation of powers works. Biden can only mandate Executive branch employees get Pfucked.

Probably shouldn't use Morgan Freeman since he, unfortunately, is a vaxx pusher.

Then why exempt from the mandate. ? They are vaccinated already so no need for exemptions

Ya sure .. We believe that.