TheDonald
Communities Topics Log In Sign Up
Sign In
Hot
All Posts
Settings
Win uses cookies, which are essential for the site to function. We don't want your data, nor do we share it with anyone. I accept.
DEFAULT COMMUNITIES • All General AskWin Funny Technology Animals Sports Gaming DIY Health Positive Privacy
390

KEK "I'm a nurse/paramedic for a hospital that just made the coof shot mandatory. Staff are not happy about this so we figured out a way to have our cake & eat it too. We "administered" the boosters to each other & signed off on them. Instead of our deltoids the vaccines went into the sink." (media.patriots.win)
posted 18 days ago by ConradSum3r 18 days ago by ConradSum3r +394 / -4 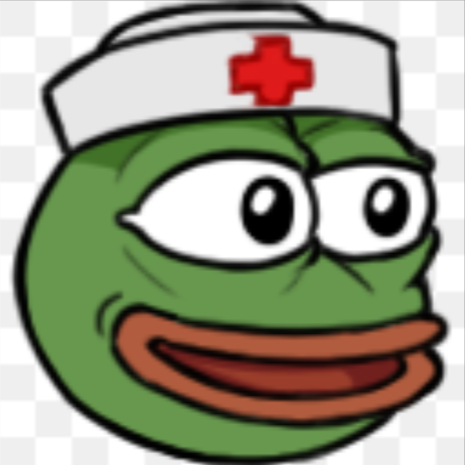 I looked into this option. I looked into “acquiring a passport”. Here’s what I concluded: while I don’t really have a problem with not “playing by the rules” there are two issues with faking your status. One is what has been stated already (you add to the statistic and give them fake numbers to use for pushing this shit even more). Two is that it doesn’t stop with one shot. At the time I had the thought it was just a logical conclusion, but they’re already calling for regular boosters. Each time you dodge the bullet you’re statistically more likely to get caught and lose your job anyway or get in even worse trouble. It’s just kicking the can down the road.

I did religious exemption. I know that’s not viable for everyone but we have to find a way to say no and make it stick. And sometimes “just quit your job” is not a viable option.

I’m glad people are finding ways to stay employed. We’re being forced into a shitty situation of choosing between forced vaccination or losing our livelihoods. But I prefer one of the routes that does not fake the numbers. I get why people do it though.

you're just kicking the can down the road with exemption too.

I’m not sure this is true. Religious exemptions are critically important to a free society, religion being solely a “sincerely held belief”

I can’t tell you how many government entities in addition to private ones that are illegally stating “no religious exemptions.” While doing THIS and getting away with it, this country is not free. The can IS at the end of the road.

“Critically important to a free society”

You just made the case why it will be eliminated. And then gave examples of it being eliminated.

Religious exemptions for childhood vaccines have been eliminated in recent years...CA, NY, CT. It is foolish to think Covid exemptions won't be eleminated too. Must keep fighting

By saying my deeply held beliefs prohibit me from taking the mark of this beast that is partaking of PaxPass? Don’t talk about the shot, talk about showing proof of the shot.

Maybe. But I’m not kicking it down the road while also potentially landing myself in jail and adding to the fake numbers.

I’m not breathing any sigh of relief yet. All I’ve done is bought myself time to work out a better solution.

I understand what you're saying. Some part of my gut feels that way. But then how can we judge? By being deceitful against something much worse - medical tyranny - it's more of a form of survival, as well as being on the right side of this. And they can still get caught, so there is risk involved. More than one way to look at this.

By the way, I hope 'the sink' is a receptacle that will be subject to high temperature incineration, sterilization etc as is appropriate for potentially deadly medical/chemical waste products. I figure hospital staff know not to dump this nastiness down a regular drain, but thought that the question was worth asking just to make things very explicit.

Someone could make a good sewer mutant horror movie of the vax making spiked creatures. Edit, add. That reminds me of the Alien:Covenant(?) Movie where a crazy guy makes a virus that causes spikes inside that kill you (an android guy, but based on the elite faggots).

Remember when a vaccine truck crashed and hazmat teams were called in, the airspace was shut down, and then finally the military got involved in cordoning off the area?

Reactions like this would not be necessary if the stuff was harmless. But better inject it into children though!

Doctors n nurses all learned their craft from big Pharma so in my opinion these people are NOT TOO BRIGHT!

Unfortunately mostly every hospital I know only allows certain people to give the China virus vaccine. Unlike the flu vaccine, which I can personally give to whoever wants one.

The point is I can give a flu vaccine to any of my coworkers. I could in theory fake it if I want to. But the Covid vaccines are much more restricted.

cheating will only boost the tyrants, what of the 2nd and 3rd shot..

What a corrupt piece of shit. Cheated so he/she/it could keep his fucking job where he continues to profit of the people who can't cheat and to subvert those that had the strength to say no .

Sorry ... but this doesn't help any cause. I'm glad that you get to keep your job ... but either grow a pair or grab your clam.

So instead of making a stand against it you secretly threw it away and will continue to administer it to others? Yeah, fuck you guys.

Lol at posting a png as a JPEG XD

I am older than the hills. I zoomed in on the top pic on a "nurse pepe" websearch

Im a nerd don’t worry about it lol.

You in Jacksonville florida? If any of you are and can vaccinate, there is a very strong market for this.

Where do you live in Jax? I used to live right off Beach by the publix. Worked on Atlantic. That was 2004 though things might have changed

Ft Caroline do that’s not far at all

This doesn't help our cause.

This shits ride or die. There's no hiding from this, and posting this here just ruins it for everyone else.

Stand up, be brave, you won't regret it.

If you fake it you're going to have to fake it forever. Never ending boosters.

Wish I could have this done

You can't beat Satan by telling lies. He owns that.

Are you gonna do this every 6 months? I’m hoping at the end of this nightmare the entire medical system collapses! Doctors n hospitals are fucking big Pharma dick suckers! Your industry is CANCER!

Yeah, but you'll happily give that poison to every other sucker who has no choice but to take it or lose their job.

I doubt this. Losing your licenses is not worth simply moving

That is a piss poor way to go. Should have sent all the bottles to an independent lab for analysis instead.

ignore the haters i thought it was cute, nice work

ima do some photoshopping😉 who needs a faked document?

Then everyone stood up and clapped

Sweet, I know which hospital I'm going to for my ghost vax!