TheDonald
Communities Topics Log In Sign Up
Sign In
Hot
All Posts
Settings
Win uses cookies, which are essential for the site to function. We don't want your data, nor do we share it with anyone. I accept.
DEFAULT COMMUNITIES • All General AskWin Funny Technology Animals Sports Gaming DIY Health Positive Privacy
2935 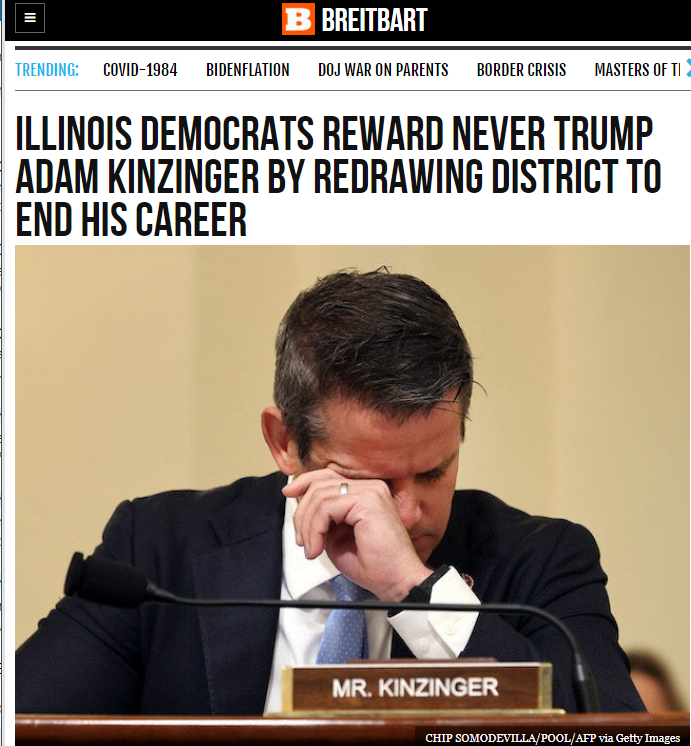 Sounds like Democrats knew he was gonna get ass-stomped by a (real) Republican challenger.

Yeah, the guy he was running against name is Jack-Lombardi. He's an real ideological America-First populist. Hopefully he Carpet-hops to a neighbor distrct and just try to give it a shot. There was also a person named "Lauf". She's a smoking hot Latina-American. But she can kinda dances on the "MAGA Inc." spectrum of politics.

A nationwide swath of MAGA patriots is never happening, take the wins when we get them and accept second best when we don't, but never stop fighting for that swath

This is wise. We can't wait for the perfect situation. We advance with big wins and small.

Lombardi is far better than Lauf. Lauf while indeed hot, is a grifter who supports mass immigration. She's just another Republican who is tough on illegal immigration, but is completely ok with the bigger problem of mass LEGAL immigration-which is one of the biggest problems with Republicans. They're willing to devalue labor for American workers and import more voters for the opposition just because it helps business profits.

I agree, but she isn't like Liberal on immigration either. She's just GOP status Quo when it comes to legal immigration.

I think Neo-con/lolbertarians have that thinking when they are supporting open immigration policies... people like Lauf and espcially a lot of minority MAGA are open to that civic-nationalist immigration, because THEY came through civic-immigration means. It's a very popular policy among conservative minorities. A tough stand on illegal immigration, while having a moderate view on legal immigration. That's why the "GOP" is gaining a lot of minorities that they've never had before... a part of it is stances like immigration-policy which Trump/MAGA pioneered. A dam shame our great gains gets sheep-hereded to the fcking useless GOP but oh well. Trump refuses to create a MAGA 3rd party... so it is what it is.

Personally, I like it. Not all MAGA needs to be the same. We are such a big movement, our ideological "Bubble of tolerance" can cover like 75% of the country. As long as you're not a social-lefty but are anti-marxist/communist, Pro-American and have a spektical view/aversion to "Political-globalism". You're qualified to be apart of the MAGA movement as far as I'm concerned.

What is the MAGA Inc spectrum of politics? Is that like the establishment which is pretending to support Trump when its convenient?

No... that's more Con Inc. (short for conservative Inc.). MAGA inc. is like... hm.... It'd be too difficult to explain. Think of it like this, Con inc. are loyal to the GOP establishment. MAGA inc. is loyal to like the Trump/MAGA ESTABLISHMENT. So like the mainstream of MAGA-Trump thought. While Con inc. loyalty lie with the actual GOP establishment of like Mcconel, Mcarthy... etc etc.

They saved him from the real humiliation of the Republicans in his district forever ending his career. Now they can slap an R next to his name still when he goes on MSNBC and gets paid to cry about Trump.

And they have a sweet lobbyist job waiting for him for being a cuck.

He and Liz Cheney can have their own prime time show on msnbc.

Only over the corpse of one of Morning Joe's aides.

And he didn't lose.

This RINO has a future, unless you MAGA go on a rampage and purge the RINOs from the GOP.

Now that is good to hear. Bye Adam, fuck off now.

Its not, because his district could have potentially gone to an America First candidate, however redistricting will make sure that doesn’t happen. Redistricting is such bullshit.

Thanks for the explanation pede! Not too familiar with IL districts.

Yes, you can redistrict to try and pick up more seats.... but most of the people redrawing the districts don't care as much about whether or not they have the majority... they care about getting re-elected themselves. So the focus is usually more about making existing incumbent districts "safer".

honestly, what republicans are doing now is uncucking the districts, dems had 100 years to gerry mander , republicans got it back in the last 3 decades, since you can only do it after a census

No, it sucks in general because it encourages dishonesty for any politicians involved.

Redistricting is dumb af and Hofeller should be ashamed for making it so common.

Do they really need another "Chief Trump Derangement Expert"?

NY was supposed to do this with AOC.

I wish, and if only... If they don't redistrict, she bent the knee or sold her soul (what was left) to all her to keep the seat.

She needs to go pose for Playboy, the only people who like her are simps who think she’s hot.

"Man! I wish I had an eye like Crenshaw does."

Unfortunately, this is a "win the battle but lose the war" type of moment.

Win the battle: Kinzinger will no longer be in office.

Lose the war: This red district is dissolved into surrounding blue districts.

He did all that he was meant to do. Now he'll take his bribe money and his pension and take his place in the history books as a coward and a feminized little weasel. Personally, this is a total waste of bribe money - no one gives a shit what sell out rinos have to say, and nobody believes his idiotic theatrical displays.

watch for the book deal

Now, he can be with his true love Aaron "the Cockgobbler" Schock selling his ass overseas!

A group of anti-Trump Republicans on Thursday endorsed a slate of Democrats and centrist Republicans in the 2022 midterm elections to fight against former President Trump's hold on the party."

Kinzinger and Liz Cheney are part of the group.

His own family sent him a letter, telling him how much of a disappointment he was

That's not a joke by the way, look it up

No, YOU do Liz Cheney! Sick fuck! hahaha

A fitting end to his pathetic career.

Lay down with democrats, come up with AIDS.

This dude is STILL crying.

Republicans are winning the re-districting battle nationwide though.

Do not expect "Loyalty" when you are a "Loyal Opposition"

Because "Loyal Opposition" is newspeak for filthy fucking TRAITOR!

Well, bye. Please let the door hit ya where the good Lord split ya

If he had stood with us, then there would probably be marches and protests in his favor. And if that didn't work Trump supporters would probably vote him into any seat in his state. But he chose to side with the dems for an easy pass and to look good....

Maybe you can sort mail at the Post Office. They don’t know their ass from a hole in the ground either. You’re welcome!

In the history of dumbasses, this dumbass is in, like, the top 1.

When will these people learn they pretend to like you when you hate Trump then smash you like a big. Fuck civility

All RINOs get what they deserve in the end. Sometimes more than one way.

This prick will totally walk away with a legacy media contributor job and probably a book deal. I can't even begin to fathom what a meaningless existence this guy leads, he seems to just be an empty vessel, no soul.

DEAD MAN WALKING!!! WE GOT A DEAD RINO WALKING!!

Karma, it seems, is quite the bitch.

They know that traitors are not to be trusted. If they're willing to betray their own, they'll eventually betray you as well.

Goood he was a lie pushing piece of shit. Now on the other hand demonrats will gain even a stronger foothold here on top of the machine politics.

If the fuck ever tries to get back into politics, tries reaching out to us, remind him that he never stood up for us, remind him he spent his career hating the people who got him the power he so craves. And at the end of that, tell him to fuck off and never come back.

Hell be the new Nichole Wallace in 15 minites

I think they are starting to eat their own. Kudos.

Get rid of all RINOs, even if it means a Democrat wins.

Oh, this is just outstanding!

Another example of how corrupt elections are.

Good! I am glad to see this jerk go!

These stupid rinos never learn. Can't wait until liz Cheney gets hers. Mittens too.

This was going to happen, no matter what. He should have gone scorched earth on them.

Couldn't have happened to a more deserving piece of shit.

He'll be looking for a jerb on CNN

He's a super mega faggot who cried like a bitch during a sham confessional hearing with a bunch of phony crisis actors. What a waste of oxygen.

This was part of the plan. He'l get a high paying job as a CNN analyst or something.

I'm bringing this back...

I'm guessing an msdnc gig, cnn isn't st00pid enough for him. Or, have they caught up?

These are the gerrymandering election stealing games these Democrats and RINO’s play at.