TheDonald
Communities Topics Log In Sign Up
Sign In
Hot
All Posts
Settings
Win uses cookies, which are essential for the site to function. We don't want your data, nor do we share it with anyone. I accept.
DEFAULT COMMUNITIES • All General AskWin Funny Technology Animals Sports Gaming DIY Health Positive Privacy
2235 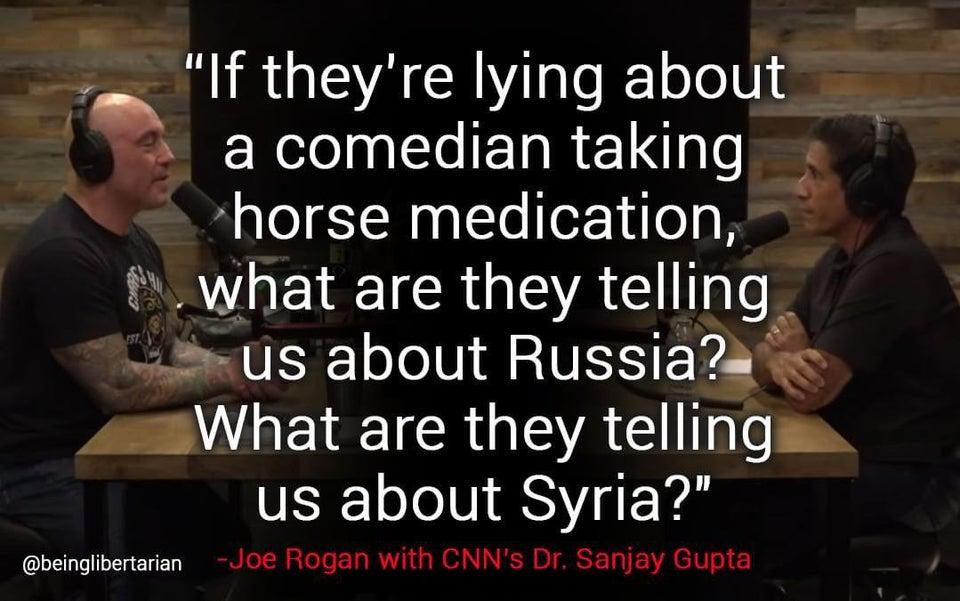 The right needs to make a bigger effort to convince people that the corporate media is lying to them. Half of this country has its heels dug into being insane and they'll never just admit that they were wrong. BUT they might be turned around if they could be convinced that they were lied to by people they trusted. They need a third party to blame, I think the media is perfect.

Trump spent four years telling the world that the media lies about everything. There’s no bigger platform than that.

And during those four years, the media lied harder than ever with more and more content that was EASILY verifiably false.

I have a buddy who I post proof of the lies every time he posts an article. He’ll argue, I’ll continue to prove him wrong - whether it be through video evidence, contradicting articles, legal documents, or whatever the topic is. I’ve done this dozens of times for NYT, CNN, WaPo. It doesn’t matter how many times I do it, he is convinced the media couldn’t possibly lie to him.

At this point, there is almost nothing you can do and most people have their minds made up one way or the other. There are very few people who haven’t heard the concept that the media lies, haven’t seen the evidence first hand, and are finally willing to change their minds after nearly six awful years of it.

For those people, to finally admit they’re wrong would be earth-shattering. The majority of people who still believe the MSM are completely gone at this point.

And you see why the KGB defectors said these people cannot be reasoned with and must be removed forcibly from society. They have been indoctrinated too long to think rationally..

Yes agreed, but some people cannot process anything Trump says because orange man bad. Lots of people trust Rogan and him saying this may wake some up.

Sometimes they are too "invested" in an idea or orthodoxy. Theyd have to overcome climbing out of a hole theyve "spent" too long digging into. Or mayb they sometimes see your argument but it hurts them to think theyre wrong after all this investment. It brings them pain and they dismiss you to make the pain go away. This is what some famous kgb defector was talking about indoctrination.

Keep up the good work. You might convince others if this is in the public space.

I started to believe the truth about them when they lied about something I was familiar with (firearms, statistics on defensive gun use), and then it branched out from there. Problem is I guess if you are talking to people who don’t have expertise in anything at all where you don’t have that angle.

Let's go Brandon is a good example of this in action

They told you Joe potato head Biden won an election, that should be the biggest red pill ever.

After this interview, Jupta went back to his safe space and will never come out again.

He was so shocked that he actually used a toilet instead of shitting on the street.

I personally enjoyed the "I can afford people medicine, motherfucker!"

I like the way Joe Rogan conducts an interview. He just lets his mind flow.

I guess it's a win to celebrate this but Joe is still a cuck. He and young Jamie actively shit on Project Veritas and said that James O'Keefe spreads lies. Joe let Spotify ban a bunch of episodes of his on their platform when he moved over to them. He is still a lefty cuck who wanted to vote for Bernie and is okay with illegal immigration.

I will give Joe this, he does seem to have more logic than most libtards and I do like that on his platform, he doesn't discriminate (entirely) on which way his guest lean politically. He isn't afraid of bringing some people whom the media might deem as controversial on.

As far as I am aware, Joe has not had anyone on to talk about election fraud so that says enough for me. He is still controlled opposition. Also, he is a fucking elite. This dude is a multi millionaire now since that Spotify deal. You think he gives a shit about any of us? Nope.

His interview with Alex Berenson was something I wish I could make my family members watch. But they don't associate with me anymore because I refuse to get vaccinated, meh.

All the big media outlets are pure propaganda and always have been, you’re fucking retarded if you don’t realize that.

The more they lie the more likely I am to believe in Alex Jones's MDA elves.

does the media have any reason to tell you the truth is the real question. and the answer is no.

Waiting for Gupta to be 86 for asking the ultimate question: "What are they telling us about elections?"

It doesn’t matter. They are not going to stop and look at themselves. This is no longer a “child throwing a tantrum” situation. This is a “there’s a violent trespasser inside your house” situation. You are being attacked, silenced, persecuted, and discriminated against on purpose. THEY WANT TO HURT US.