TheDonald
Communities Topics Log In Sign Up
Sign In
Hot
All Posts
Settings
Win uses cookies, which are essential for the site to function. We don't want your data, nor do we share it with anyone. I accept.
DEFAULT COMMUNITIES • All General AskWin Funny Technology Animals Sports Gaming DIY Health Positive Privacy
469 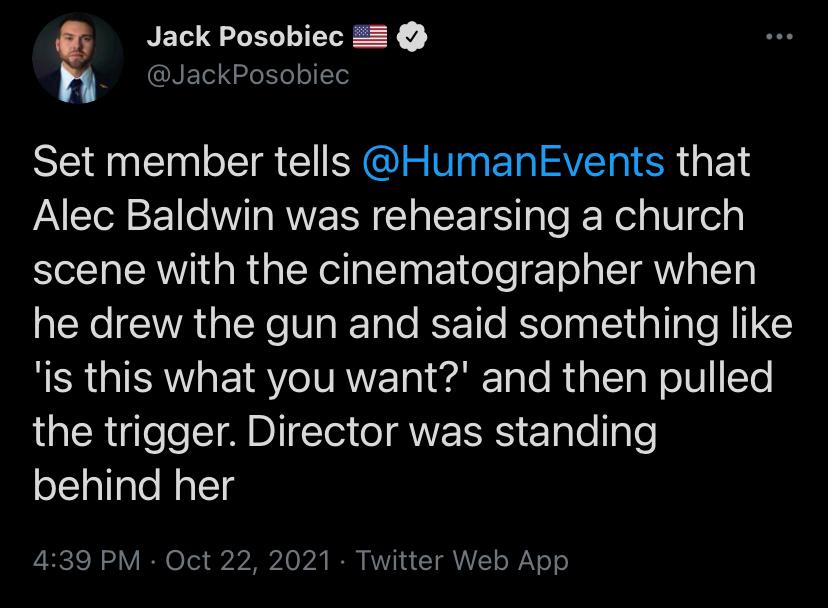 So...the armorer will get 10-15 years and Baldwin will get 2 years unsupervised probation and an award from the Big Guy. Normal

Reports are the production crew walked off hours earlier in protest about conditions. My guess is prop master took his prop guns and Baldwin got a real one from a local. Fucking idiot.

Get an Oscar in a couple years for overcoming this

Exactly. They'll spin this as Baldwin being the biggest victim for enduring right-wing persecution. Probably get a presidential medal of freedom for it.

^ This is the most likely outcome. ^

Get your attacks correct - you make us all look stupider when you don't have basic facts in your grasp.

The CMOH is not the Presidential Medal of Freedom.

They are both honors but not remotely equivalent.

This is no accident. Never point a gun, real or fake, at the crew and pull the trigger. Negligent homicide all day long. $100 million for the victims family. Even a bloated pedo like Baldwin HAS to get jail time for this.

it is involuntary manslaughter under New Mexico law.

Whoever commits involuntary manslaughter is guilty of a fourth degree felony.

Assuming that Baldwin was provided the prop gun by someone else, the issue boils down to whether or not failing to check the chamber/cylinder/magazine for live rounds prior to using the prop gun constitutes "without due caution and circumspection" and that is likely a losing argument for him. While if this were a civil case, he could argue that the standard of care in the industry is to rely upon staff. That might suffice, it might not. It depends on if a "reasonable person of ordinary prudence" would do that. Probably not.

But this is a criminal statute. I don't see how his failing to check, but relying upon another would be found to be "due caution and circumspection." It is certainly a question of material fact for a jury to decide.

Gonna be honest, anyone hands me a prop gun? I don't even care if I've visually inspected the chamber myself, I'm pointing the gun at the ground and pulling the trigger twice before I point it at another actor. Responsible gun handling is borderline obsessive compulsive behavior.

No excuses because even firing blanks can kill and/or grievously injure people.

Rumor has it, coroner was just delivered a check, and will finish death certificate this evening, as a covid-19 death, for cause of death.

Goddamn it, did I kill another person I've never met at an unknown distance with a disease I don't have?

I've gotta get this under control...

I mean, Alec Baldwin in a church? C'mon

It'd be a set in context.

While Baldwin will have some serious issues, looks like the armorer screwed up.
Surprised the unions haven't implemented double extra mandatory check procedures to ensure safety.

Some of the union crew walked off the job earlier in the day because of poor working conditions.

They do have those. Prop guns are made unable to load real ammo.

unlikely.. VERY unlikely this was live ammo. Likely something inbetween that gives a fired barrel effect, more than a blank would. There are varying rounds used in production.. not just blanks.

Could have just been the lines he was rehearsing? Not so convinced after a second hand account of someone who can't even definitively recall what he said.

I hope his prison allows visitors. I will stop by and say Hi