TheDonald
Communities Topics Log In Sign Up
Sign In
Hot
All Posts
Settings
Win uses cookies, which are essential for the site to function. We don't want your data, nor do we share it with anyone. I accept.
DEFAULT COMMUNITIES • All General AskWin Funny Technology Animals Sports Gaming DIY Health Positive Privacy
3387 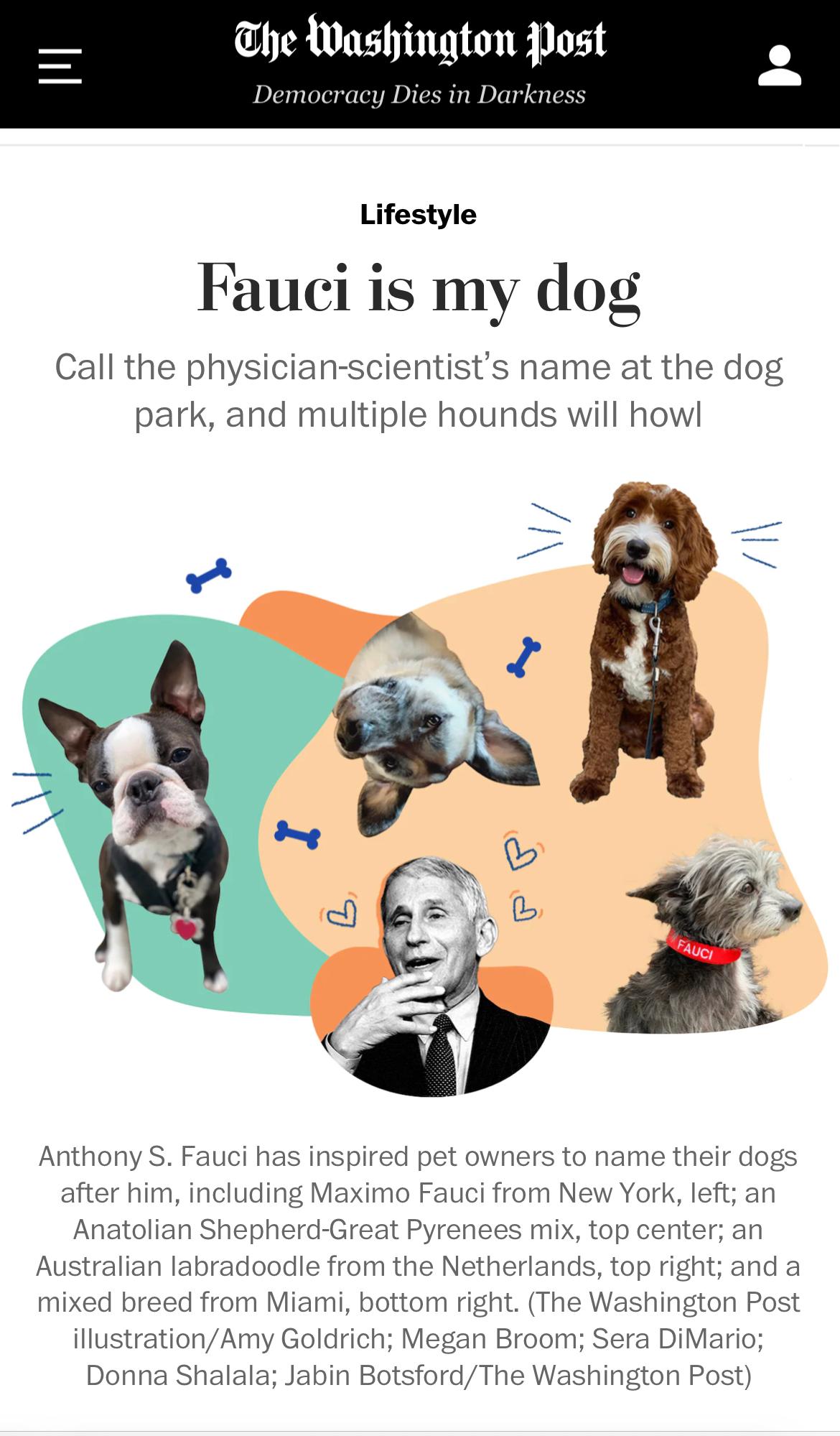 I just call them retarded.

Especially the author: dogs don't 'howl' when anyone calls their name - let alone a stranger.

Secularists who have embraced scientism now have their unholy prophet, Fauci.

I go by there at least 10 minutes/day for some comic relief.

I just checked out that sub , they are just a bunch of people using sarcasm, it would appear they are all like us , on this side of the fence.

Exactly. The fact that they're still on Reddit is surprising, but their sarcasm is delicious to me.

it's a circlejerk sub... but that is something they pulled from somewhere on reddit or imgur.

Saw that one. Did you click through to the comments? They're usually even better than the posts.

I did. It's hilarious.

I wonder how long reddit will allow that sub to exist.

It reminds me of earlier this year when I would get banned from the serious covid subs by just agreeing with their positions and extending them to extreme examples.

They should actually be put on a train and taken to those covid camps just to teach them a lesson. Publicize it. Show people what happens if you don't embrace the new normal.

I'm being serious. What if we made these allegations and someone decided they weren't true and they knew we made them? It'd be very dangerous if these people could face their accusers.

LOL. Look at that sick shit. The Italian politician is doing a photo shoot for her vaccine, and she's not really being vaccinated. Their saying the nurse fucked up. Omfg.

I just read thru all of that, ... its all sarcasm, that's all this sub is, ... I checked out other posts too. these people are on our side of the fence.

Oh, I just took a quick glance and my jaw just about dropped to the floor, I x'd out near immediately. Thanks for clarification.

Saw that one. Shared it via text.

Isn't that a great site?

I take pleasure in knowing that they'll have to continue to call their dog Fauci even after hearing this news that he's a dog torturing evil scientist.

These dog experiments were known about a year ago. Who wants to bet the WP created this article specifically to help pollute search results for “Fauci dogs research”? And that Google pushed it up to the first page of search results?

People got tattoos of mueller

That's why they call us a cult. Liberals always project. Always.

Let those faggots chew on it. They'll probably gnash their teeth.

Guess Fauci is now a lifestyle

He was on the cover of InStyle or something. lol

This is like all those people who named their children "Khaleesi".

Don't put your faith in humans, people. If you want to name your dog after a person, at least choose a historical figure.

This is the same reason why I never got a tattoo.

I only have one tattoo, and ironically it's of my childhood dog. The only other tattoo I'd ever consider getting is something that would show my favorite Bible verses.

There are kids named "Khaleesi" for real?

I hear kids can be Fauci for Halloween this year.

This might be the first time it's ok to have kids dress up like a real mass murderer.

This guy has been so idolized it's sickening. As far as I'm concerned Dr. "Kill the gays and let 'em spread AIDS" Fauci is responsible for all the confusion and fear mongering brought by this pandemic.

But he'll get away with it. I wonder if Fauci doughnuts are popular this year too?

I keep seeing something about testing with dogs... what exactly did this loser do?

Funding experiments where beagle puppies were locked in cages with hungry sandflies that would eat them alive.

Don’t forget that they cut out the vocal cords so they scientists didn’t have to hear them cry.

I already hated the man so this was just heartbreaking to add to his litany of horrible crimes Every beagle in the USA should share a cage with Fauci, until they avenge their fellow pups!

For what? What was the purpose.. it makes no sense.

Real talk: I've read about five articles on it and I'm still not sure, but I think it had something to do with studying the flies as a viral vector. Do not quote me.

its always about one thing $$$$$...also control/power.

According to Candace Owens, Fauci also funded research where monkeys had the fear-suppressing sections of their brains destroyed, and they were subsequently exposed to things (like giant spiders) that utterly terrified them. Evil experiments that don't appear to have any scientific value whatsoever.

If you don’t think they have scientific value, you may not have considered the way these people think... and what they want to do to people

Something about him testing on dogs and cutting their vocal chords because they were whining.

He allocated taxpayer money to do it. To skirt our laws most likely, just like with the gain of function research.

It's ok though because of DA SCIENCE.

this goes up there with all the imbeciles calling themselves 'Cuomosexuals' during that brief moment in time all the leftists thought Cuomo was handling the China virus the best of any governor, and was on a trajectory to the white house.

I’d never even seen that flair, much less have a stickied post

lol a team worked on this garbage they call an "article"

Leftism is a religion which only considers outsiders and infidels as having sin to repent for. A religion with no absolution or self betterment.

Case in point, Fauci is responsible for untold deaths and poison "cures" during the aids epidemic towards one of their favorite pet minorities and leftoids don't even acknowledge it like it's a non event. There's photographs and screeds and angry ousting papers written and it's like they don't even exist.

Now say one mean tweet or one crass joke when you're not in the same club or an approved figure and you are more guilty than the murderer.

These are the worst kinds of people, they deserve to be mocked into oblivion but we aren't allowed to do that anymore it seems

Fauci's head needs to be on a fucking PIKE!

My dog is named Mohamad

The left's version of Jesus sucks real bad. What a bunch of losers.

I love Trump but it never crossed my mind to name a dog after him.

Millions of humans needlessly die from Fauci's creation/mismanagement/profiteering on CCP virus -- no biggie.

What is wrong with these people? ...

My other dog, Michael Vick

I named my pet pfizer so I’m good

I bet we know what really happened to the "abandoned" dogs in Afghanistan..

No beagles though, they're all busy being fed to bugs.

The memes are writing themselves.

Used flies as the mechanism: https://greatawakening.win/p/12kFPnrpxM/x/c/4JDGGMujEyV

A bunch of fucking idiots. That's what we're dealing with.

What a cruel thing to do to a dog.

Soon the fauci name will be worse than Hitler

head to head with gates

Mean thing to do to a dog.

Shout 'Fauci' into your nearest sewer and hear all the rats squeak back. Rat-faced little scumbag!

With the news of his abuse of dogs, you think these dogs may get a name change?

Lotta bonds going to be spent on renames soon I bet.

These psycho demonrats will find a reason to not care about it though. Muh science I'm guessing

People are getting dumber. Something in the water?

Retardation is strong on the left side

Haha lol all those dumb cunts that named their dog Fauci...

time for a massive dognapping pandemic