TheDonald
Communities Topics Log In Sign Up
Sign In
Hot
All Posts
Settings
Win uses cookies, which are essential for the site to function. We don't want your data, nor do we share it with anyone. I accept.
DEFAULT COMMUNITIES • All General AskWin Funny Technology Animals Sports Gaming DIY Health Positive Privacy
3013 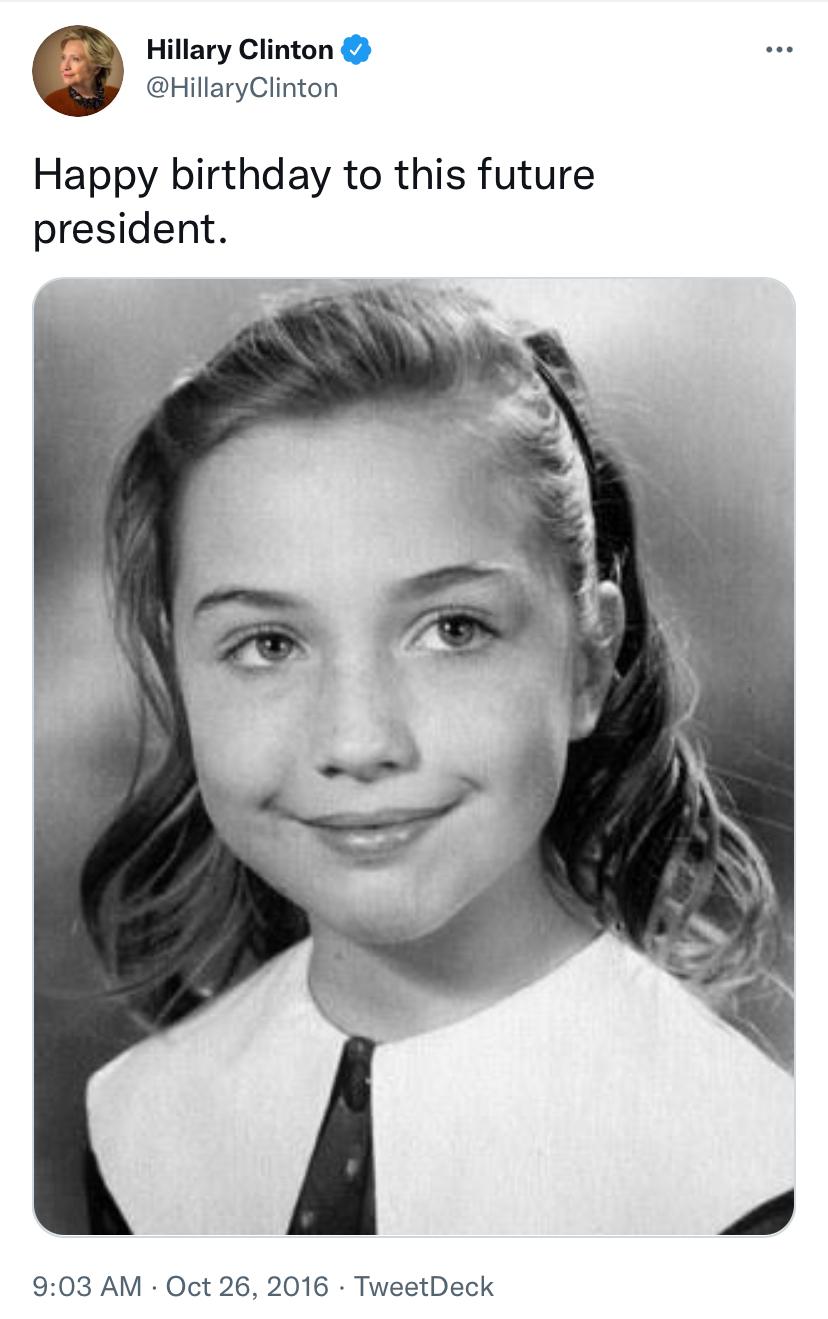 The arrogance is beyond the pale.

The reasons you listed are what makes it great. It was a week or so before the election too. They thought they had it in the bag.

Hence them accelerating it all, the mask was slipping and they needed to act fast.

Absolutely, they know midterms is the backstop, get it done by then or it's over

Imagine thinking they are scared of elections, especially mid-terms.

The GOP is complicit, and they calculated that a few controlled opposition RINOs winning seats won't threaten them.

Tyrants would not be acting so boldly and openly right now if they feared elections or the law.

The reason they are accelerating it now is mostly because Trump and the MAGA movement woke nearly half the country up, so no need for the slow boil strategy. Also they are trying to play catch-up for the 4 years that Hillary was supposed to have ushered us toward the Great Reset.

the mask was slipping

So...this is all just masking tape?

old news AT THIS JUNCTURE HOWEVER? rofl

Someone should run an analysis of how 'this one tweet' cost her the election....

It was the “Because you’d be in jail” rebuttal that sealed the deal with a chef’s kiss to secure Trump with an easy, and legal, election victory.

That was the day Trump confirmed he is a Fighter, not just another pretty face.

he confirmed that earlier when he shot back at Megyn Kelly

"You have called women pigs..."

It worked, because it unlocked a voters deep seated passion to see her fail. No matter which party you voted for, you wanted to see Hillary fail. Trump played on this. Women generally hate other women. And men hate Hillary because she's an unfuckable bitch. Everyone wanted her to fail.

Yeah, the left fucked up by choosing Hillary, it was doomed since the start.

I wonder how things would have went if Biden ran for 2016 instead.

I think he would have done better. But honestly, Bernie was the man for the job. But BLM screwed him over. He

And then he did a quick U turn. A lot of people are still pissed about that. Maybe he is too.

Eh.. he wanted sessions to bring charges without being asked to do it.

That is how the DEMs do it.

https://www.politico.com/story/2016/11/trump-clinton-investigation-kellyanne-conway-231735 just a few days after his big win.

He was right to not go after her. The normies and moderates were still firmly against him and it would just have stirred up a shitstorm with no jail time for clinton. Now after the masks all came off and its clear the criminals are running the show? Trump will be able to toss many of them in jail since the normies and moderates are waking up.

They thought they had it in the bag.

...and then we Deplorables spoiled her party...election night on r / the _ donald...glorious

I hear she shit herself and threw an expensive bottle of champagne at a huge $50k tv, then became physically violent before passing out. She didn’t even show her face to concede, Pedodesta was the one who went out and told her diehard supporters to go home. Kek

Yep, she had the Glass Ceiling party all set atvtge Jacob Javits Center. Then was a no-show, leaving Cher looking sad

Cher looks the same no matter how she feels. Her face is frozen in 1990

Hardly, looks like they dug up a mummy and brought it back to life. I used to jerk it to Cher videos, too. Sad.

election night she went totally psycho. Screaming, cursing and throwing things at them

gods, a video of that would more priceless than the beef chucking

Communists have always been violent.

GOD works wonders in mysterious ways. That was the greatest fuck you ever.

Doubt it . That's a lot of physical activity for someone who had to be thrown into a van like a side of beef

a moment frozen in history

we put her bag in our basket

Thanks for the inspiration @robhatmaker

They thought they had it in the bag.

when, in actuality, the bag had had it

I always assumed this was done by some clueless pink haired millennial assistant but yes. I also assume she okayed it because tone deaf arrogance is easily flattered.

And the confidence knowing the election was rigged.

I was convinced Hillary would "win" the election in 2016 even if she lost it. I thought they had all their cheating bases covered. The only hope I had for a Trump victory was the historical precedent of 1948, when the establishment called the election for Tom Dewey months in advance of the actual vote.

1948 was just far enough in the past for today's establishment to have forgotten the lesson that the American voters do not like to be told who is going to win. I had hoped that maybe, just maybe, the establishment would be undone by their own arrogant complacency again in 2016. And by gum, they were.

Is this tweet real? I cannot believe it, even for her...

recall she was leading in the polls by huge numbers - and NYT had her at 99% chance to win in late Oct 2016.

This is just a part of the great Published POLLING SCAMS that the Media was pulling - to trick the Nation to vote Hillary...

Ah yes, the polls and projections (99%? Really? I'm not really comfortable saying there's a 99% chance of much of anything). Strange how none of the pollsters or prognosticators lost their jobs, or even apologized, after that.

"The voters were wrong, not us!"

trick the nation to vote for ''popular consensus'', and after the steal tell the nation that OFC she was, she was polling so amazingly. Trump fucked up their plans for sure, and the bitterness is still there. They made sure he would lose in 2020 despite outperforming Xiden 5:1

The fact she spelled “president” in lower case is telling.

She'll go to her grave before ever having had been president.
A fucking baglady footnote in history. DONALD J. TRUMP 45th President of the United states of America.

they will be chucking her right and left

It WILL happen again

Election night 2016 was one of the greatest and most memorable nights of my life.

Then Donald Trump walked on stage. "Complicated business!" It was a glorious time.

One of the best nights of my life

Rachel Madcow acted like we had all been condemned to hell

It WILL happen again

Is this before or after they started to "bleed" her in rituals?

That was my first thought when I saw this picture.

Kek. 'Look Killdog, I really appreciate your work but Fauci's really shaping up to be employee of the decade'

Didn't Trump retweet this the next year, or am I just wishing he did?

its the cold dead eyes that get you every time

Even though it's a child... I can actually still sense the evil.

Did her daddy diddle her when she was a kid?

Chelsea certainly had nothing to worry about. Even a Taliban wouldn't molest that monster.

she only has to worry about people with a lizard fetish

That is the face of a someone who would burn down your house if you left her there alone.

Can't hold a candle to Stalin or Mao.

Thankfully she never became president and we don't have to find out.

Ah, the image of Hillary when she started the Salem witch trials.

Pfft...all time leading...you know damn well her idols Stalin and Mao have kicked her ass in the murder numbers. She's just as pathetic at genocide as she is at everything else.

Omg what if she was right and it just hasn’t happened yet? They've honed their stealing skills and they've definitely lowered the bar for their party so she can just stumble over it.

This reminds me of Obama’s line like a week or two before the election: “Donald trump says I’ll go down as the worst President in history, well at least I’ll go down as being a President”. They were sooooooo arrogant in 2016.

This is the best argument for abortion she ever made...

Hard to believe this flatulating pissbag was once kinda cute.

Just imagine how much depravity and evil was required to change that lovely young girl into today's depraved, cackling hag.

I guess the kid in The Omen was kinda cute as a youngster.

they used filters when they took it

I bet she was a hall monitor AND a paste eater.

I think Fauci got her beat.

Talk about an abortion based on hindsight

Her eyes are dead. My guess this child will grow up to exhibit sociopathic tendencies.

im literally sitting at the dining room table, no one home but me (and my bitcoin sperm), and pointing and laughing like a child at this bitch. ROFLCOPTER!!!

May it perpetually reek of cat piss.

Her KDA still lags far behind the eugenic-boys. Fauci, Gates, and Swab.

Come on, as if that’ll happen.

No, she didn't accomplish that either.

Reminds me of "throw back Thursdays" back when I used to have fagbook. "Look at this photo, I wasn't always the definition of unattractiveness!"

Just admit you're fat and old now, nobody gives a fuck that you were not disgusting at one moment in time!

It still could happen. Kamala resigns. She is appointed VP. Biden dies.

It was rigged and cheated for her to win, that’s why the media which is government run already had newspapers printing articles of her winning. But they underestimated the orange man and made sure not to do that in 2020, instead they sat by waiting to see what they needed to “win” and boom, communism.

no, they underestimated the people

"The Madam President" that never was.

at this point, what difference does it make?

Except... the opposite of that... -Adam DeVine.

Evil seed; fruit of the poisoned tree. Can't say for sure but one of her parents must have slain a prophet of God. I don't want to bear false witness against someone so if I receive information to the contrary I'll let you know.

Fun fact: She tweeted this KNOWING she was going to cheat and still underestimated the Trump movement. Fuck that bitch.

she thought she had it all wrapped up

she did not even put much effort into her campaign