TheDonald
Communities Topics Log In Sign Up
Sign In
Hot
All Posts
Settings
Win uses cookies, which are essential for the site to function. We don't want your data, nor do we share it with anyone. I accept.
DEFAULT COMMUNITIES • All General AskWin Funny Technology Animals Sports Gaming DIY Health Positive Privacy
2959 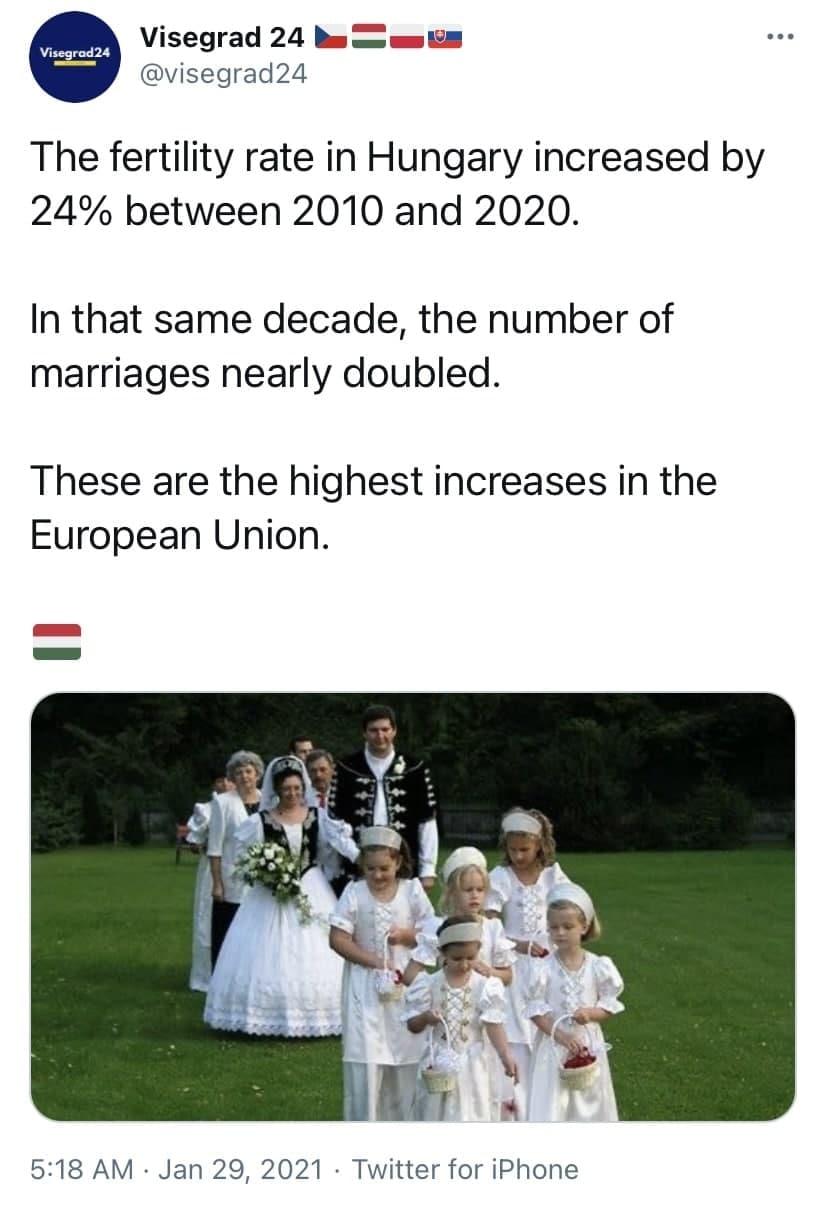 Based Hungarians! For all the "white genocide is happening" rhetoric, whites would be better off building stable, two parent intact churchgoing families with traditional gender roles than spamming "look what the dindu did" ridiculousness. I'm not saying we shouldn't point out the left's war on whites or the high crime rates in black inner cities and the uncivil behavior of the "single mother" demographic, but at the same time. We need to build stable families that are able to raise up strong men and virtuous women.

One is more important than the other. Families are the building blocks of societies and there's only one type of family that works for the most part - the traditional two parent, church going, mom and dad who follow gender roles.

That's like saying the heart is more important than the liver. Arguably true, but totally irrelevant. You can have an entire country of white families, and still destroy that country quite easily by flooding it with trash.

The 'just have more kids' argument is a massive distraction (and often disingenuous). No one wants to have kids when some 60-IQ subhuman (brought here by your own government) will break into you house while you are at work and rape your 2y/o daughter and kill your wife.

Like yeah we are importing and breeding millions of wolves, and yeah they might kill a few of your kids, and yeah we have no plans to stop doing this, but really if you just have a few extra kids it will all even out. Oh and we are going to let the wolves vote and hold government office.