TheDonald
Communities Topics Log In Sign Up
Sign In
Hot
All Posts
Settings
Win uses cookies, which are essential for the site to function. We don't want your data, nor do we share it with anyone. I accept.
DEFAULT COMMUNITIES • All General AskWin Funny Technology Animals Sports Gaming DIY Health Positive Privacy
742 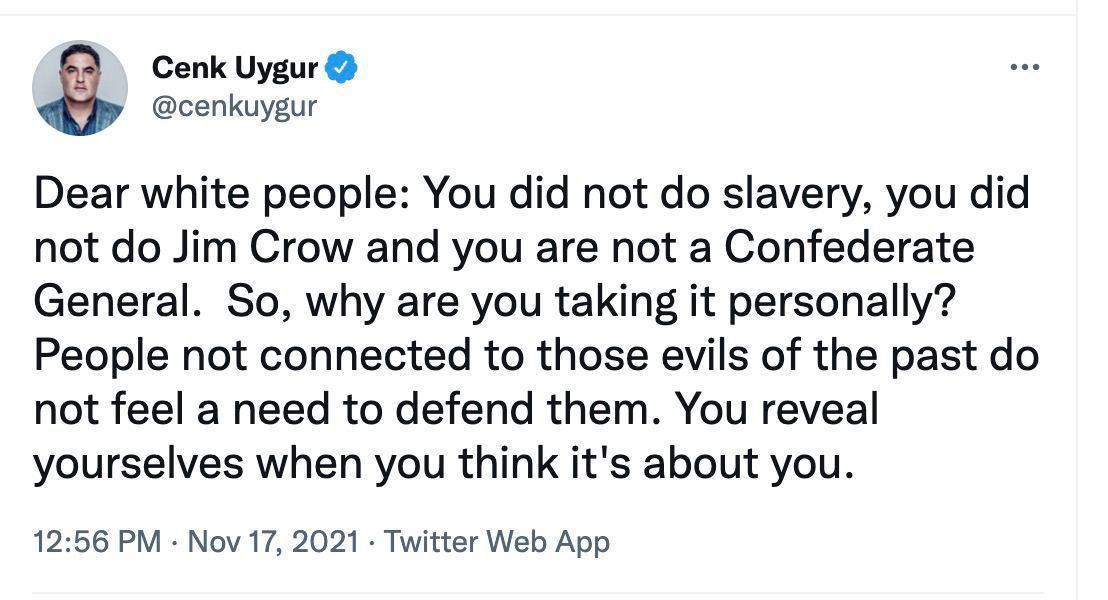 He is neither young nor a turk. Discus...

"The Young Turks were the perpetrators of the Armenian Genocide. The Young Turk Movement emerged in reaction to the absolutist rule of Sultan Abdul-Hamid (Abdulhamit) II (1876-1909)"

Those Armenians were 2 Million Christians

so, he has THAT going for him.

Not that's it's a contest but people who live in glass houses shouldn't throw stones. Having a Turk shit on white Americans for the past while they genocided ethnic groups is fucking rich.

He was born in Istanbul, how do you figure he's not a Turk...?

I'd cede he's a turkey

It astounds me how the left's obsession with white people has not yet been classified as a mental illness.

Because the medical industry is cucked?

What a gigantic strawman.

Don't forget the lesser known Greek and Assyrian genocides from the same time and place. The Turks were purging all their Christian groups.

The Turks took boys from their enemies and trained them to fight their own parents. Janissaries are slave soldiers.

They took their daughters too but I can't remember what they did with them. /s

They had them hold the goat ropes....

YOU ARE THE ONES BLAMING US FOR THOSE

That's quite projecting of him

Doesn't sound like a real thought to me. Sounds like a shift in The Narrative. It excludes people who disagree. It feels like just another tactic to keep people from talking about things. They don't want normies talking to conservatives. I fully expect to hear versions of this from the rest of the media. Their whole system is built on lies, and the truth cuts right thru it. Can't have people really discussing any of it because no one would support any of it.

They intend to destroy the economy and our culture and then jam BuildBackBetter and Reparations and Whites Need Not Apply and taxes on Unrealized Gains (that aren't gains, just reflect inflation) down our throats claiming it will fix things.

Talk about gaslighting. We're told every moment of every fucking day that we - as a group - are collectively responsible for slavery, and need to take actions in our personal lives to "atone" for the past "sins" of which we carry guilt. We're told this precisely by assholes just like Chunk Yogurt here.

Then when we react negatively to being told what terrible, guilty, racists we are, these fuckers turn around and say "Hey, why are you getting defensive? I'm not talking about you personally when I attack white people in general."

What a faggot. So he doesn't support reparations or does he?

So sick of these duplicitous fucks pretending as if there's no activist component to Critical Theory. It's how feminism permeated itself into almost every facet of society.

They don't teach CRT to kids, they practice it on kids.

I would truly enjoy a three minute convo with this person….

Dear Cenk: Armenian Genocide. Why don't you ask Armenian whats-her-face that you have right there with you about that?

you should look up old pics of her nose lol. Really Really, ARMENIAN

Of course. It's darkly comical at this point.

White people fought to end all those things. June teenth is actually a celebration of white accomplishments.

I take it personally because I was rejected for a full-ride scholarship due to the color of my skin. Meanwhile the person that received it had no reason to be there, and ultimately flunked out.

ahhh, doesn't this describe half of financial aid students so well too? Pay less, care less, fuck up, fuck them.

My white privilege was working so I can eat and earning a scholarship bc my family aren't fucking bums, I don't get financial aid as an option.

What's even worse is my parents were divorced, my dad left his family when I was 10 and never shared a dime. Financial aid rejected us when my mom was extremely poor, because my dad was moderately wealthy.

What a dumbass system.

"because my dad was moderately wealthy"

Man, that reminded me of a friend, his parents were divorced, his dad was wealthy so could pay for college, but wouldn't. Made the son where he couldn't get any financial help bc he claimed him on his taxes, then he loaned him the money, but in a predatory sort of way for a parent to do so. He paid his whole college, at full price, bc he got fucked and DAD could basically easily have paid for it, just wouldn't. At one point he had to manufacture DMT to pay his damn rent while attending school. Then he had to work his ass off to pay it all off afterwards with interest.

that dad is a piece of shit imo.

System is messed up as fuck. My friend graduated tho so...

Ass-Hats are allowed the same rights as Red Blooded American's are,, thus where the problem starts.

So glad we have people like him around to enrich our culture.

Young Turd, let me explain something to you.

It is simply because we are blamed for the "evils of the past" today. We are just asking "WTF"?

White people are not defending any of what you mentioned. Leftists like you use such things to purposely attack white people and white people get defensive about it.

Guess what the Turks did before The Young Turks and their butcher battalions of murderer and rapist criminals savaged the Christians?

Holy shit that dude is retarded

Well, it's literally addressed to me.

Turkey should pay reparations to Central Europe and to Balkan countries for centuries of slavery and oppression.

He should change his show's name to The Genocidal Maniacs. I don't know why he would take that personally. It suits them better anyway.

Dear black people: You were not a slave, you did not live under Jim Crow nor under a Confederate General. So, why are you taking it personally? People not connected to those evils of the past do not feel a need to be a victim to them. You reveal a lot about yourselves when you think it is about you.

It is about me, though, when there's 100 qualified application, 95 are non black, 5 are black, 2 black people are hired to fill a quota for 5 positions.

Who the hell is defending slavery and Jim Crow? I think being a slave owner is not the sum total of a person's traits if you mean why I defend slave owning founding fathers and their legacies. I don't know anyone who is widely supported who supported Jim Crow laws.

I disagree with the Confederacy. As much as I agree with smaller government and state rights, the right being contested was slavery, which is indeed evil. The north, however, was not fighting to end slavery or anything so noble, either. Lysander Spooner had it right both times.

I also disagreed with the British in the American Revolution, the Japanese in WW2, and ourselves in Vietnam and still can admire some of their soldiers and generals and the like.

If he actually believed anything he wrote he’d abandon about 90% of what he says: white privilege, patriarchy, white fragility, etc.. This POS is named after a group of Muslims who genocide the Armenians. Fuck this faggot.

Dear Cenk Uygur, you're not president of the white people, go back to screwing whatever animal you meant when pushed for ok'ing that

So the right is defending things the left is responsible for? Ya okay.

Wish I was on Twitter cause the perfect answer is no, white people didn’t do that, Democrats did and they came in all colors at the time too.

But I have to pay it.

Finally we agree on something, it's not about us, but your ilk keeps saying it is, so maybe your message should be "Dear leftist douche bags: white man not as bad as you think"

What in the literal fuck is he even talking about?

No you fat faggot, you assholes say it’s about us. Fuck you chink Uighur.

what a dumb fat fuck way to say absolutely nothing

I just like the symbolism, rebel yell, the flag used to mean you'd defend with your life-your freedoms, you will stand to the feds and lay it all down to take up arms against tyranny.

They steal our shit, then they ruin it.

I honor roadside memorials of black soldiers who fought and died for their state, they held this flag in high regard. and this faggot wants to push us to civil war w racism astrotrufing? GTFO EVIL FAT BITCH.

There were no winners in the Civil War and Lincoln was a piece of shit. All black people were to be sent out of our Country, back to wherever would take them. All about until 1 year before war ended. Biggest gaslight in history convincing blacks that anyone gave a fuck about them during that war.

Meanwhile there are a bunch of white liberals living in a 95% white state, calling themselves winners of the war, and calling southern states who live w actual black people and don't incarcerate half of them in the state, the stupid Racists.....

You can't make this shit up.

Everything is opposite in clown world.

Dear non white people: you are not enslaved, not subject to Jim Crow and not living in the Confederacy. So why are you taking it personally? People unconnected to those evils of the past do not feel a need to seek victim status. You reveal yourselves when you think it's about you.

Cenk looks pretty white to me