TheDonald
Communities Topics Log In Sign Up
Sign In
Hot
All Posts
Settings
Win uses cookies, which are essential for the site to function. We don't want your data, nor do we share it with anyone. I accept.
DEFAULT COMMUNITIES • All General AskWin Funny Technology Animals Sports Gaming DIY Health Positive Privacy
1696 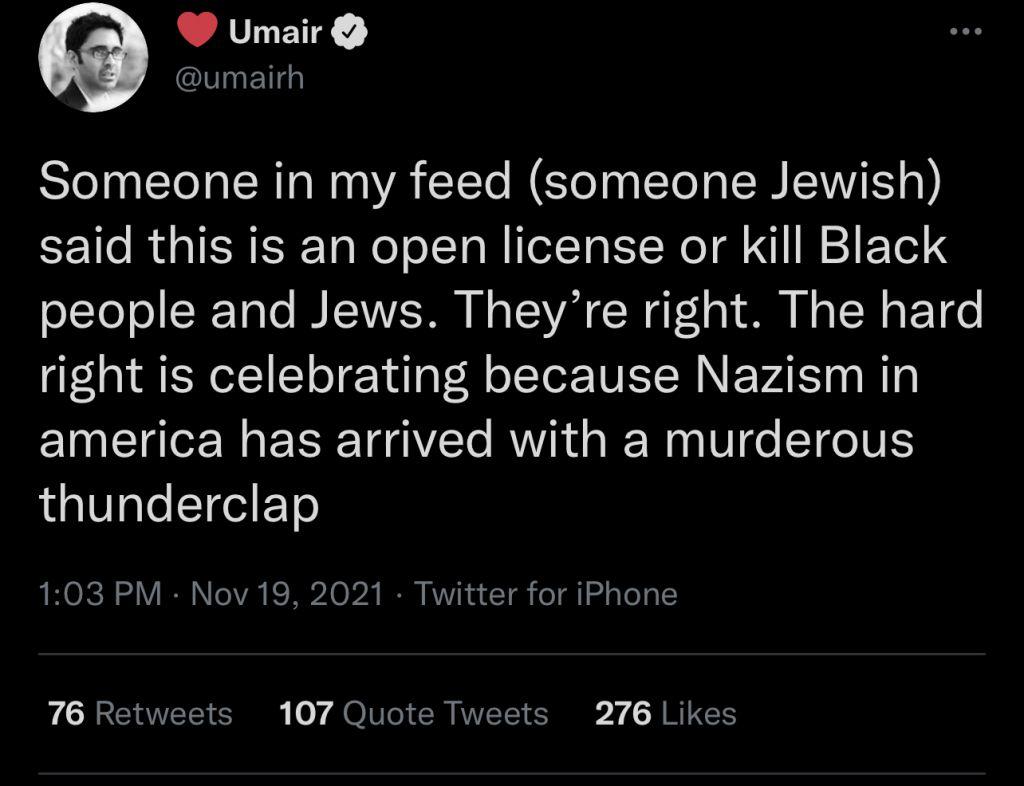 All of my Jewish buddies are all armed and know the LEFT is coming for them.

Amazes me that Jews in the US hate us, when we are the ones standing up for their rights as well.

Case in point: Bill de Blasio and his campaign of hatred against Jews.

No Jew thinks this outside of the urban cabal of atheist “Jews” of the Chuck Schumer variety. Read socialist literature and you see them proudly proclaim everything they don’t like is Judaism. No one hates Jews more than socialist faggots, because they remind atheist socialists that God is real and more powerful than any state they can create and no power they can build will come close to even the smallest amount of power that the God of the Bible wields. He can even take total fuck ups like Abraham, Jacob or David and make something good out of them. Or make something good out of us fuck ups by going to the cross in our place so we might believe in Him and let His light shine through us.

The comical part is that if what these people are saying were true, we would be under a completely different government regime, and most of these people would be dead, the media most of all..

But here we are, staying within the bounds of legality, fighting a tyrannical leftist Marxist takeover without ever getting violent.

Damn those "hard right(honestly centrists, at this point)" and their right to defend themselves!

These people really believe Kyle walked up to people while they were finger painting and started blasting.

Which part of 'Kyle was attacked and defended himself' don't these dimwits get?

Rather than worry about fictitious bogeymen the media conjures maybe they should worry about the fact they lined up to get an experimental injection.

I hate to be a dick about things like this because I believe in the sanctity of truth.

That said, let the retards believe the bullshit narrative. You cannot reason these shitstains out of positions they were never reasoned into.

Let them believe that blocking traffic, looting, burning down buildings, and assaulting cops and bystanders will invite a spray of lead down upon their worthless heads from vigilantes who will never be convicted under our patriarchal, white-supremacy system of justice.

Pain and fear is all they understand. Stoking that fear to control them is practically free since it is the primary product of their irrationality.

Check the history. Shortly after "four dead in Ohio" in May of 1970, violent mass protests ended.

They will have to be real polite and mannerly with their mostly peaceful rioting.

"Fuck around and find out" is something they will learn very fast.

They also just make up this whole "Nazi" narrative that has no basis in reality whatsoever. It's just an automatic kneejerk assumption that if they don't like someone they're a white supremacist. It's absolutely amazing

No.. they need Nazism to exist, because it would justify their murderous communist desires.

Deep down, these people know they're evil and no one will go along with them willingly. So, they have to do this.

Guy held a girl hostage as a sex slave. But never forced himself on her? Instead made it clear she would be killed if no longer useful, and her purpose. So that way, he didn’t have to feel bad about the whole thing! Cared more about his feelings and how he thought of himself… didn’t stop him from rapping and killing people.

Better than the flaccid left umair.

Lets get this party started.

I don't know if the world would be a better place to let murderous regime take over all of Europe and another all of pacific. US would likely still exist, but it's a more difficult existence when freedom loses throughout the world. Just look at how difficult things have gotten with China regime installing all these puppets and affecting our culture, media, and economics. Surely Japan or Germany expanded murderous regimes would do no such thing...

Perhaps there may have been better options than all out war, but I'm not convinced things would just go along happy go lucky for the US or any other free country if the Axis as it existed was just allowed to win. And even if it is some plan by a few elite families, you cannot escape the reality of expanding murderous regimes (those elite families probably secretly hoping the Axis might win anyways).

Everyone wanted to chip in to Kyle's legal defense. What if everyone were to just say it's not their battle and he should be able to handle his own--it's the other side of the country after all? Would they not eventually come for you?

my grandad fought the nazis fuck off with your stormfront bullshit

my point is you wanted the nazis to win world war 2 and taker over the world, your insane

We should have let Germany and ussr destroy each other.

That was the hope, which is why when the Nazis invaded Poland with a fake false flag, the world hoped they would get into a war with the Soviets who would jump in.

Instead Hitler and Stalin colluded to take over Poland, and Hitler could then invade France, Belgium, Denmark, and the Netherlands.

Red Pill: The Bolshevik Revolution was financed by the Kaiser, who put Lenin and a bunch of other communists on a sealed train with chests of silver and gold.

Your imagination is not their goals.

You're not sure of jack shit. Play with the other puppies, and be glad that Stalin controlled Europe after the war.

And not in a gay way!

Always ask leftists which one of Bernies plans wasnt enacted by the nazis. Their heads explode.

You did it backwards. Not all nazi plans are bernie plans.

All bernie plans were nazi plans though. Like "free" healthcare and college.

We have communist dick lickers in here

They were very right wing afte the strasserite purge

Um... we've always had an open license to kill when you're being attacked with deadly force.

Yeah and they hate that

That's why their whole approach is intrinsically feminine shaming and mind-fucking people. The left knows they can't win a fight so they have spent a century trying to brainwash their own enemies into giving up their own self defense rights and cutting their own dicks off.

This joker probably supports the ghettoization of the unvaccinated, so who cares what he thinks.

Lol what an absolute faggot

What an idiot. Now a teenage White boy who was chased by a violent mob intent on killing or maiming him can't defend himself and must die to prove "tolerance". FUCK THIS MORON.

Can tell how proud of himself he is. "Oooh I'll write thunderclap at the end."

Umair supports pedophiles, Don't Be umair or a pedophile and you'll be fine

Lol just read the rest of his Twitter feed. It's so cringe it's hard to believe it isn't a parody.

Man 24x7 and always a male since birth

Translation silence Christians, at the expense of all others.

The commies are just scared. They now realize they can't burn down our cities and attack people who stop them without being met with deadly force.

Tweet shit like this is why you never marry a theater chick. FFF. Find fuck forget. They always end up this way.

i like that. 'murderous thunderclap.' let it be the last thing the wicked ever hear.

Their false labels mean nothing anymore

Was there another Kenosha trial I am unaware about? Because people keep talking about racism n shit... but only white pedophiles died

I'm just embracing this narrative. They will call me a Nazi either way, so I'd be crazy for not embracing it.

Get in the boxcar, commie. Get in the shower, commie. You were right about me the entire time, commie. Cope and seethe!!

Think about it, the most evil and vile people in the world recoil in horror at the thought of nazis, anything they hate is nazi, anything against globalism is nazi. Maybe just maybe, we those same evil people have lied to us about national socialism.

I'm only hard and right when Trump incites an erection

Alright fuck it. I'm a hard right NaZi and I'm proud of it.

Hey, Umair. If conservatives were really Nazis....you would surely know about it. Mark my words. 😐

That gave me a freedom boner! 🍆

"THIS IS LIKE A NEW HOLOCAUST, WE JEWS SHOULD BE ABLE TO KILL WHITEYS WITH IMPUNITY"

Hard right as opposed to limp left. Your terms are acceptable.

Calling his feed in the last 24 hours a salt mine does not do it justice.

This dude is the embodiment of the foreign influence which is destroying America.

Clear outsider with a foreign perspective thinking that HE of all people has the right to determine how American culture, something a native Pakistani educated in London and Canada apparently knows all about.

Imagine if I went to any of those three places. Outright projected my American heritage and spent hours on Twitter all day telling those people how to live their lives and telling them their nations are garbage. I would be accused of outright racism and xenophobia immediately and likely be listed for deportation.

Yet this man takes a situation involving 3 white criminals and turns it into a diatribe on how he is oppressed.

The left embraces this man who is fully contributing to the downfall of our society. Meanwhile he attempts to define our societal collapse while completely ignoring the role of grifters like himself being the source of the problem.

He literally has no meaningful purpose in a normal society. Certainly here his presence is a net negative.

Nobody even wants to touch this loser.

These people are fully invested in their hysteria that is wholly based on lies. This is why we can't have nice things.

Yes, it is! Take the first airplane and run away! And never come back!

Their level of self-unawareness is staggering.

Dude… what the fuck are you even talking about?

Better than being soft and wrong

So far from reality he can’t even see it.