TheDonald
Communities Topics Log In Sign Up
Sign In
Hot
All Posts
Settings
Win uses cookies, which are essential for the site to function. We don't want your data, nor do we share it with anyone. I accept.
DEFAULT COMMUNITIES • All General AskWin Funny Technology Animals Sports Gaming DIY Health Positive Privacy
3084 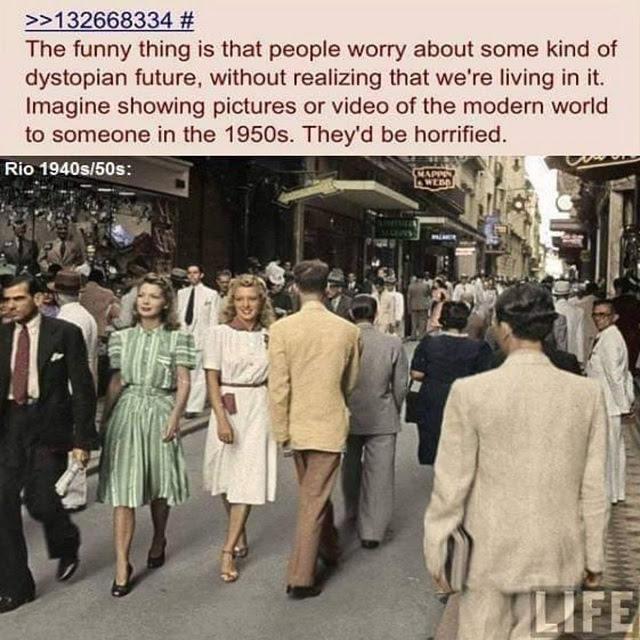 Its bad. Whenever I'm out in public, virtually every single kid I see is a glued to an iPad/phone. They look like zombies just sitting there completely unaware of everything around them. It seems a lot of parents just hand their kid an iPad at restaurants or other places because "it keeps them quiet."

I've also witnessed friends my age who just had babies, and the babies are already addicted to cell phones. The baby will cry and throw a tantrum if they try and take the phone away from it.

We let me son play entirely too much ipad when he was a toddler. It took years to undo that but we’re finally in a good place. They get to watch tV or games only on sat/sun form 8-10, just like when I was a kid.

That's great that you were able to undo it. I plan to do the same thing when I have kids.

I want them to have a similar childhood to myself. I probably won't be able to do it exactly because of how society is. But I used to play with actual toys (army men, action figures, legos, lincoln logs, etc.) and that helped with creativity. I used to read books and also play outside (either by myself or with other kids). I'd watch TV sometimes too but it would be limited. When I was around 10, I started using computers that taught me a lot of skills later in life so don't want to isolate them from technology. Just want to limit it.

I think a lot of the kids that are addicted to and spend the majority of their time on iPads/phones are going to be severely limited with creativity, social development, attention spans, etc.

I definitely wasn’t a Lego or action figure kid, my son isn’t either. But we try to force it lol. But outside time is a must!