TheDonald
Communities Topics Log In Sign Up
Sign In
Hot
All Posts
Settings
Win uses cookies, which are essential for the site to function. We don't want your data, nor do we share it with anyone. I accept.
DEFAULT COMMUNITIES • All General AskWin Funny Technology Animals Sports Gaming DIY Health Positive Privacy
4001 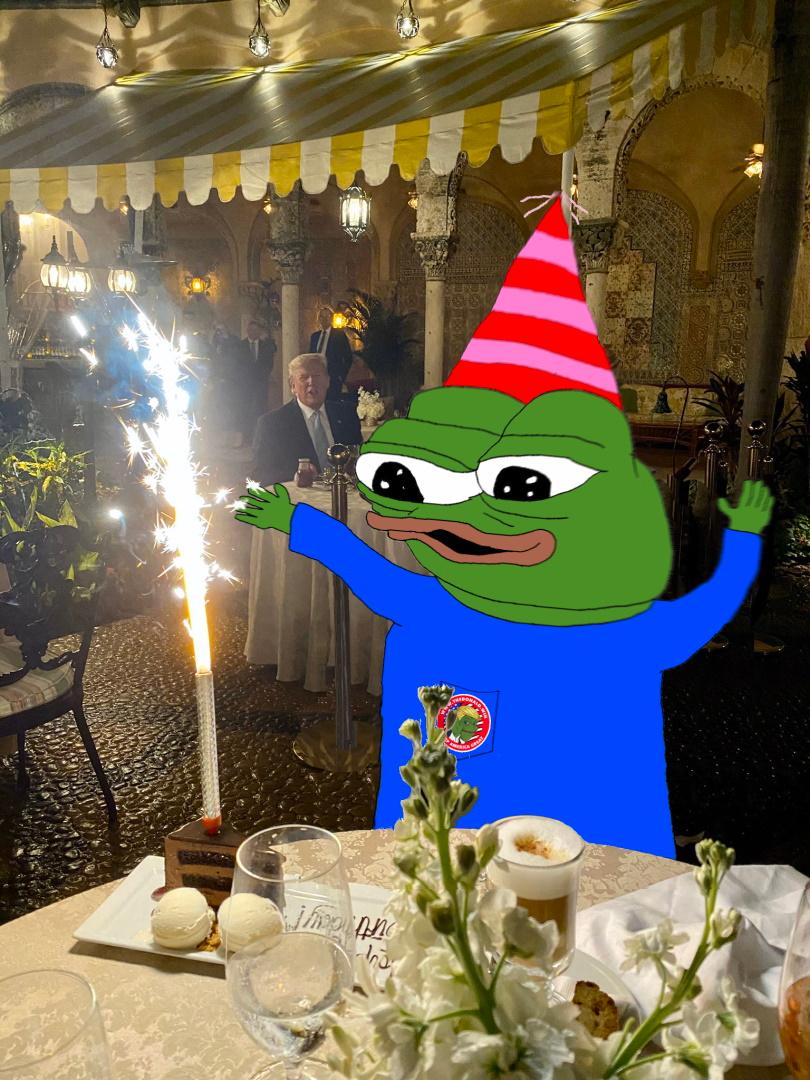 It's been two years at dotwin? Damn, time flies.

Spezzit admins can go suck it.

Thank you to our mods who run this site without advertisements, and out of their own pockets, and take shit from people 24/7. 💛

Came to say this. A great group of folks put up with an incredible amount of shit to give us a home. If you're going to be thankful for something this season this is a pretty good thing to start with.

I thought this date seemed familiar and so I just checked... I finally joined one year ago, on the first birthday. So it's like celebrating my anniversary too. :>

Thanks to all the mods for giving us a home. And all the pedes and Frens who have made the last year survivable for me, bless you all.

Wow I cannot believe this!!!...from the shit stains at Reddit that provided an opportunity for the MODS to bring us home here...Has it already been 2 years without the Brick Bot....give that pede a brick........Thank you Mods....I appreciate this site more and more every single day!

Give this patriot a brick!

This is arguably the best information source available to a tired old moderate like me.

Did you lose it in the great reset?

Yup time flies, l noticed it switched in my profile not too long ago

they can't stop us.

Winner MODS, Thanks for the sticky too!

Only 2 years? Damn feels longer than that

The past two years have felt like decades to me.

Tell me about it

OK. so first we had GEOTUS.

And it was glorious. Every day was greeted with accomplishments from the evening before and the review of the day before of the G.E. All of this was inexplicable in the face of CUNTS mostly, derailing the administration at every turn. Fake Accusations and Fake Fucking Impeachments.

Yet we became complacent and couldn't wait for a sweeping 2nd term.

But then we got fucked. Fucked hard in the ass and we got rolled by RINOS. One particular JUDAS yeast infected pussy named Mike Pence rolled us like a demon.

It quite frankly garnered some modicum of respect in terms of how the orchestration and diversion was accomplished. They OWNED the 4th arm of government and Compromised the rest.

Somehow they cheated like never before and were only able to produce a fake result in the dead of night, LIVE on Television and supported by the Enemy of the People, the 4th arm of government.

The details of who, remain fuzzy and how to prove it seems incomprehensible.

I have like completely different routine of life vs. 2 years ago.

My entire life is different. Very few friends made it across the divide, but the new life is something that I was born for. As bad as things suck, I am happier than I've ever been.

A shit invested swamp of corrupt commies and traitors but I repeat myself.

Tonight I will have two scoops to celebrate another two years with you fabulous Pedes!

me jelly of HUGE ratio, We have the BEST ratios folks, the BEST!

R A D I O S - I think he was saying something about radios... It's hard to hear over this band.

Thanks MODS! Especially the ones who salvaged the site from that fat fuck who shut down donald.win

We were on Reddit since 2015-2016. Then we moved over here 2 years ago because of the quarantine Reddit put on our sub.

You were replying to YourOwnGreatGrandma

YourOwnGreatGrandma got his bitch ass deleted a couple months ago for being an all-around toxic loser. He's been showing up since under various new accounts, the most recent being ArrestBidenFreeKyle. The mods deleted the comment, not him.

Yeah, his username used to be u/Yourowngrandmother.

I don't know if the old account is still there or not. Didn't bother to check. 😐

crazy that it has been 2 years

I was just thinking about how months after fleeing cancerous Reddit, I got a notification from them advising me that I had violated their terms of service or some such nonsense, lol. It was as if they were begging me to come back. Hahahaha!

I was here day fucking one.

The Greatest Place on The Web ..

Me too. This is so much better.

Yeah, it's the greatest.

Thank you! I only remembered yesterday when I looked at my profile and it said 2 years. :)

Are we running out of steam yet Pedes?

This train has no brakes!

SHADILAY AND COVEFEFE TO ALL YOU PEDES!!! STAY RIGHTEOUS AND FREE !

Two years and two days of 230+ average upvotes on my content. Bitches love me.

My second home that's for sure! Thanks to everyone who made this happen and to our community for making the world feel less lonely.

Two years is a nice number. Lets make it three.

Why isn't the name "winner" used more often to refer to members here? That's a much more powerful word to use in public to gain interest and convert people from redditors.

always thought this too. When one considers the origin of the term "Pede" coming from the reddit centipede mascot, Winner seems more fitting to me

Time flies when you're having fun. Fuck the Chinese micropenises at Reddit

We'll be the biggest news source in the country come 2024.

Geotus shouting over to lil Pepe, "You're having a great birthday, the best birthday. It's only your second one and its already better than the 95 or so Nervous Nancy has had."

All praise be unto the mods for their foresight and hard work in building a place for us to flee to from Reddit. I'm not even exaggerating when I say that the country would be in a far, far worse place if they had not done so.

It's been that long? Damn

Has it been that long? Guess time Flys when you're having fun!!!

Kind of been here for a year since I lost the password on my original name. But glad to be a part of this with you fellow patriots. Happy anniversary 🍺🇺🇸

My profile says I joined 2 years ago. Woohoo.

Has it been that long? Geesh.

Bricks n coats for all!

This is one I don't want to get off of.

Thanks goes to all you mad lad/y mods who keep it up and running!!! Respect to you all!

well except for the great reset one year ago....

I have been here since the start and am glad to be in the company of those I consider my friends and fellow patriots.

Much love to all of you.

I’ve been on the Pepe train since before the first win. Hope we will be celebrating The Donald for many years to come.

We got the best frogs dont we folks?

There's no place I'd rather be! Love you all dearly!!

Your love and dedication to Making America Great Again, Again is a daily inspiration!!!!

Ty PaigeAshley, we will MAGA!

Yes we will, friend! 🇺🇲👍🏻🇺🇲