TheDonald
Communities Topics Log In Sign Up
Sign In
Hot
All Posts
Settings
Win uses cookies, which are essential for the site to function. We don't want your data, nor do we share it with anyone. I accept.
DEFAULT COMMUNITIES • All General AskWin Funny Technology Animals Sports Gaming DIY Health Positive Privacy
3988 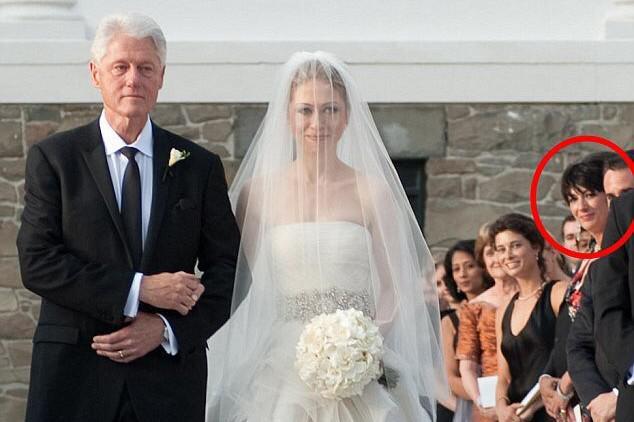 Couldn’t even make her pretty on her wedding day dayum that face.

Spent like 10 million bucks for fugly to get married to a fellow criminal. Used the money the Clinton Foundation had raised for Haiti.

Kushner, 50, was arrested Tuesday on charges he set up and taped the compromising motel-room sex romp in a bid to intimidate the witness – his brother-in-law William Schulder, who had worked for Kushner, according to a criminal complaint filed in Newark and prosecutors.

Schulder – who is married to Kushner’s sister, Esther – had been helping the feds investigate tax fraud and campaign-contribution violations allegedly committed by his brother-in-law, said Newark U.S. Attorney Christopher Christie.

Kushner recruited the prostitute – described by sources as a slender high-priced call girl – to lure Schulder to a motel room for secretly videotaped sex after two co-conspirators Kushner had hired failed to find a hooker to do the job.

Kushner paid her from $7,000 to $10,000 to lure Schulder to a motel for sex early last December so a videotape of the torrid tryst could be sent to his wife, according to the complaint.

Geotus made a mistake by trusting the younger kush as much.

...A top fund-raiser for New Jersey Gov. Jim McGreevy and other Democrats

That is because she has a butta face.

The body ain't much to look at either

Looks like a character from the next Conjuring movie.

Kek her real father, she looks just like him and her sister.

as in Burlap sack.

well you would need that to fuck it. My dick would just go limp and get scared if I saw the face.

Oh you're gonna see A LOT of it in ten or so years when they force this POS into the White House.

Laugh. You and everyone else knows that is the truth.

Hopefully her face didn't imprint on it. Some poor intern will unearth it in a hundred years and it will curse her whole family.

Read somewhere that she was born male, which might help explain why she looks the way she does, although it looks like she got some equine DNA.

I read somewhere her body developed backwards. That's why she needs to use Preparation-H for lipstick.

So I take it even Listerine won't help the smell?

Good one! Take my up vote.

Thanks pede. Happy Thanksgiving and soon to be Merry Christmas!

Same to you pede!

no shot those milkers are on a male-born body

Epstein was there too

Hang out with his wang out.

No, he was inside the flower girl!

*hanging out of the flower girl

The beast doesn't have a heart, it has a printing press.

the press is needed only if there is a run on the bank, it's all digital now and they just write up mega billion bonds to then sell onto others.

it's amazing the wealth the white entitle elites control without even raising a sweat. a million dollars is the same to them as $10 is to a middle class family.

Why isn't her father walking her down the aisle?

He was dead at this point I believe. Clintoncided

Wait, is Vince Foster or Wes Hubble the dad?

I did not have sex with those girls provided for me by Ms Maxwell. Can't see him getting the chance to say that in public though

Why is that rapist walking webb hubbles daughter down the aisle?

Keep this in mind as you wonder why no networks are covering this with breathless anticipation for a ratings goldmine not seen since the OJ Simpson trial...

The watchful handlers were present, in case any more “flower girls” were “needed”.

$10 million dollar wedding paid for by donations for the people of Haiti.

Bill Clinton is a rapist.

President rapist walking his horse down the aisle.

It's close to midnight.

Nice of bill to walk Hubbells daughter down the aisle

Epstein and Maxwell worked for our government blackmailing important people with kinky preferences in order to make things happen for our elites. This is why it is all so hush hush and Epstein didn’t kill himself. If only this was said out loud to the world we could move on.

I wonder how much blackmail was required to get a husband for Chubble?

The best your wife will ever look is on her wedding day.

Let that sink in.

To be fair, she's supposed to: it's the most important day of her life. If she's not radiant on that day, something else is afoot.

Pedophile's stay within the klick, that they have made for each other, for secrets and protection towards each other...

I meet a guy who seemed off while hiking. He came out of nowhere acting suspicious. He claimed to have worked face to face with Bill Clinton and Sam Walton, bragged about his wealth, about having kids all over the world, and had more hair gel than Matt Geatz. I don't know if I believe him but either way Im sure he was sociopath. I think he was trying to recruit people or maybe just kill or rape lone female hikers.

He must have assumed you were in the demon cult too. Did you ask him he if worked for Epstein?

She was given everything in this world….except beauty.

Poor Chelsea, to be so ugly that even on the day you look the most beautiful, youre still a 2/10. I would be surprised if Bill was really her dad, hes a normal looking guy, and Hillary despite having an ugly soul and heart, isn't particularly ugly in the face, she just looks like a bitchy grandma. Idk how to explain it, some people just lose the looks lottery.

There are pictures comparing Chelsea Clinton and Rebecca Hubbell side by side. They could be sisters.

When a US President invites Mossad's most successful weapon against the United States to his daughter's wedding...

Where is Web Hubble.? Shouldn't he be walking her ?

Why did they use a veil and not a plastic bag?

The honeymoon was a 3 bagger. One for Chelsea, one for her husband and one for anyone who accidentally walked in on them.

Not my real father?

These people are vulgar!

there wont be a trial

Bills face when he knows she’s someone else’s daughter..

Because he's not her papa. Hillary's old law partner, Webb Hubbell, is.

If the Clintons were innocent they would have been investigated.

A brown paper veil would be preferable.

The pedophile pushers were in every elite circle as was the plan. They are all compromised.

I hope that tranny whore hangs herself.

I couldn't be any more real if Cruella DeVille was photoshopped into the pic...

Right next to the isle too.

Dude has pictures of the girls giving him a backrub before they board lolita express.

But Gizilane was a master at the photobomb. Everyone gets a picture with her. Bill just has more than most.

Approaches? Hasn't it been going on for like a week or two or is that all pretrial stuff?