TheDonald
Communities Topics Log In Sign Up
Sign In
Hot
All Posts
Settings
Win uses cookies, which are essential for the site to function. We don't want your data, nor do we share it with anyone. I accept.
DEFAULT COMMUNITIES • All General AskWin Funny Technology Animals Sports Gaming DIY Health Positive Privacy
1317 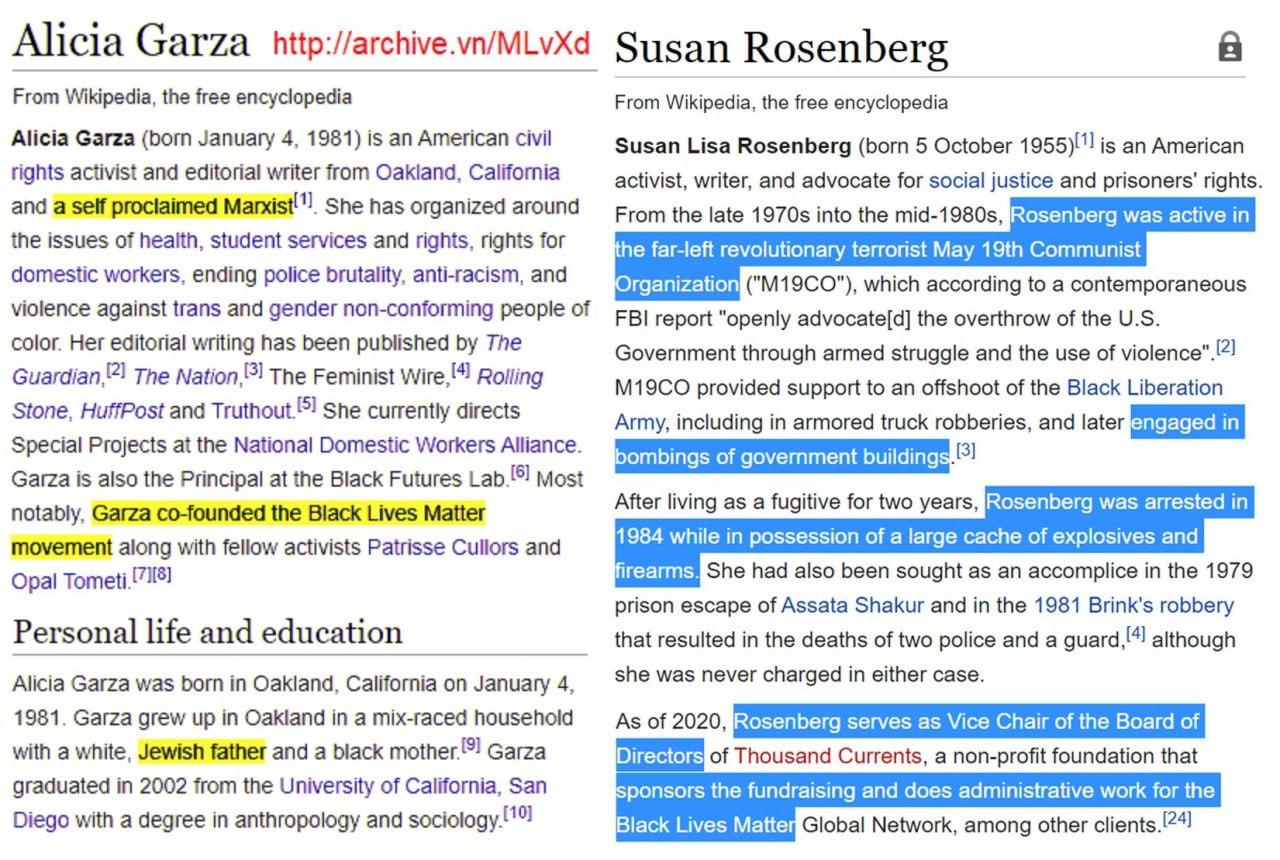 Ya but she bombed those buildings at night so its not terrorism. Cmon man.

didn't Obama pardon one of them?

Bill Clinton pardoned Susan Rosenberg for bombing a government building on his last day in office before handing the reigns over to George W Bush.

And MSNBC is their propaganda station.

Because both groups hate the same people

I am not sure I buy that, I think 1 group is duping and deceiving the other group into doing their dirty work.

WHO owned the boats that brought slaves to America?

So is Angela Davis, who is similar to her but even worse - she's Herbert Marcuse's student, and we're all living in his clown world. That woman is as vile as the worst Nazi you can imagine.

And, San Francisco's DA is the son of 2 Weather Underground terrorists. His father was in an armored car attack that killed 3 people and is still in prison for it, so Budin (the DA) was literally raised by Bill Ayers himself. And people wonder why hoards of Marxists are boldly robbing private businesses in San Fran. You know Bill Ayers. He's the guy who literally launched Obama's political career.

The Weather Underground also helped found the 1619 project. Their fingerprints are all over modern America and it's utterly reprehensible.

And the sky is blue what’s new. The connections these fuckers have to each other and commies is sickening.

Didn't she and her friends have involvement with explosives?

"Where da white women at?"

On the governing board of Black Lives Matter.