TheDonald
Communities Topics Log In Sign Up
Sign In
Hot
All Posts
Settings
Win uses cookies, which are essential for the site to function. We don't want your data, nor do we share it with anyone. I accept.
DEFAULT COMMUNITIES • All General AskWin Funny Technology Animals Sports Gaming DIY Health Positive Privacy
2494 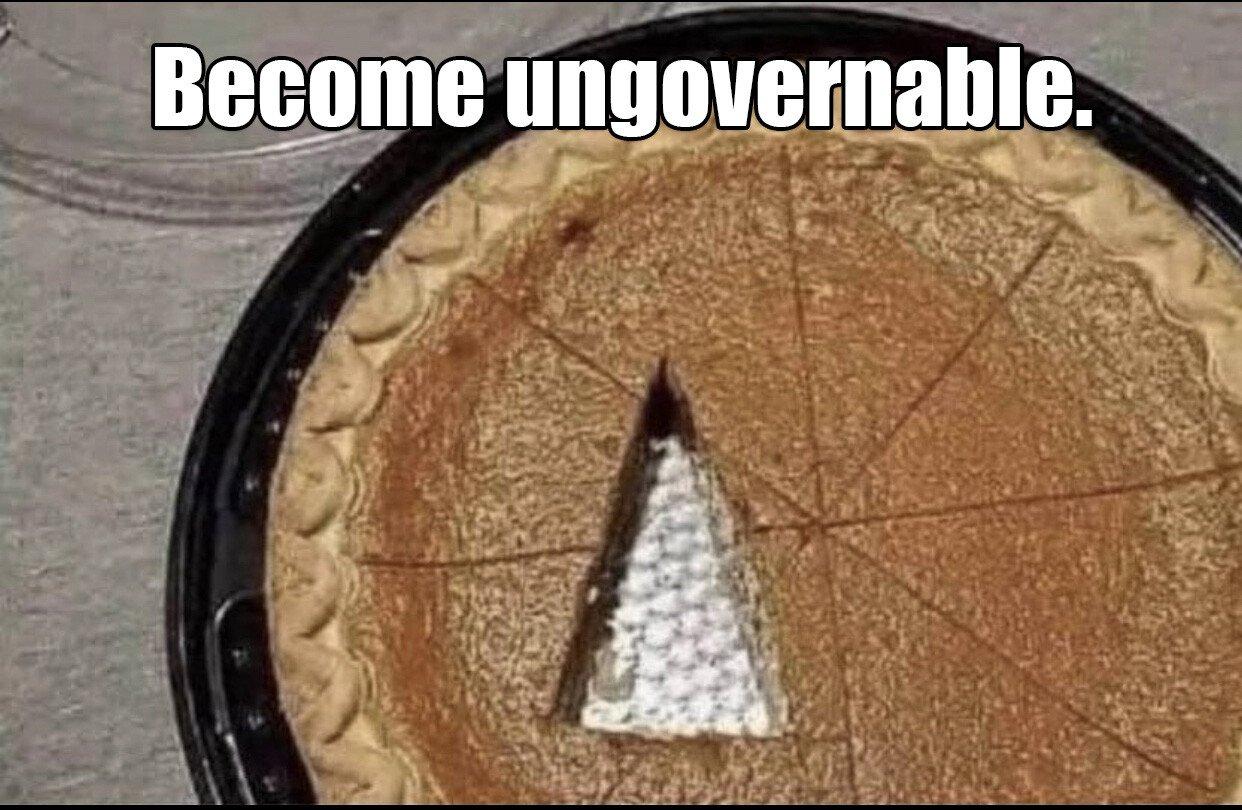 If a family member did that, I would end them.

I would laugh my ass off.

I never did like the crust bit all that much.

A solution to the real problem.

I mean the crust isn’t bad, but why eat something that is 95% perfect when you could choose 100% perfect instead 🤔😎

Depends on who made it, my grandma made them from scratch and the crust end was my favorite.

Your grandma's secret ingredient was a little bit of vinegar. It made it flakey juuust right.

Source: every grandma's secret ingredient to their pie crust is a little vinegar.

really? my great grandmother's secret was lard instead of shortening.

said you couldn't make a good crust without it...

I can't believe you just shared your grandmother's secret so willie nillie!

Lol yeah, that's what my dad does with his crusts too.

I mean, I was under the impression it wasn't a real secret... lol.

I will say the first time I bought some lard for cooking, I ended up cooking everything with it for the next few days.😁

Seriously, though, fry your morning eggs in a lil lard sometime, it's mindblowing... like that weird premise that went around in tv shows for a while that transfats made everything taste better? total bullshit, but with lard it's actually true, lol

Vodka will do the same.

Pumpkin pie crust is the cellophane wrapper of the pastry world.

I have a solution for that. I bake two pies worth of filling (use one large can of pumpkin) in a 9x13 glass dish. Just line the bottom and sides with crust, fill, and bake. It bakes up beautifully, and the filling to crust ratio is much higher.

why not just make a cobbler at that point? put the crust on top, then cut pieces out and tip them upside down into a bowl while still steaming hot. Pour ice cold milk over the lot and enjoy occasional 2nd dgree burn (for a good cobbler, it's worth it, lol.)

Jest if you will, but an oblong pan makes a righteous pumpkin pie. The pieces from the middle are mostly filling.

Who said I was joking? I love a good cobbler!

It was the cold milk on top that did it. That would make mush of the whole pie.

I would end them.

Hahahahaha! This made my day.

If your knife skills are as poor as the rest of the pie slices would imply, I'd happily stand there and die of boredom while you tried to avoid cutting yourself.

Do you need an adult to help you with the sharp cutlery?

Come at me gramps!

The crust is the best part

Good crust is the best part.

Of literally any baked good.

I have a few family members that don't like the crust. As a crust lover myself, it's a win-win scenario if I can cut the pie for them and get the extra crust.

The best crust has flour, salt cut into butter or lard with barely enough water to hold it together when rolled. The more water and the more it is worked, the tougher and less flakey the crust is.

Some people wake up and choose violence

Politics should be as tasty as possible, but not tastier. - Albert Einstein

meh, i`ll take the rest if this put you off :p

I was shown this meme once as an allegory of selfishness of the unvaccinated individual. How their selfish choices aren't fair to others, etc.

My response was that not only did the person take a smaller piece than anyone, they forego the crust, which is one of the best features of the pie. I'd say it all evens out.

"You look at the pie through the lens of the lines it is carved into. Perhaps someone wants more crust and less pie? Perhaps someone only wants half a slice but didn't know how to fit into the conformist notion of the slice regime. Perhaps someone just wanted a taste but didn't want to waste a whole slice? You are a bigot if you look at this image and condemn someone who is just trying to remain validated; all the while producing equal outcomes for those that have differing views of how the pie should be sliced in the first place"

When I was a kid in school everyone knew I liked the crust the best. The kids who didn't would all give me the crust of their pie and say "gross!" while I was in heaven. This prepared me for life as a conservative.

Is that a honeycomb?

What is that small slice, camembert cheese? And why is it sitting on top of a pumpkin pie?

The “cheese” is actually the bottom of the pie pan, someone removed a slice from the center of the pie instead of starting from the crust.

But putting something ON the pie would’ve been funny, too

LOL. It's like one of those ink blots where they can tell you're a serial killer if you see something different than the normies.

It's still the only way my brain sees it lol.

I saw this same picture used by someone to demonstrate how not getting the vakseen affected and harmed others around them LoL. These folks aren't bright... and that's why they can't meme either.

Should have gone for the middle

love the sentiment, hate how much this image messes with me...

Someone did this at my house, even my gentle cousin would punch them in the mouth.

My perspective as an opportunist: I just gained 4 pieces of pie that noone else wants

Yes, we must become ungovernable in a nonviolent. Going our own way, calmly but resolutely, not giving in or backing down.

I laughed so much harder than I should've at this :)