TheDonald
Communities Topics Log In Sign Up
Sign In
Hot
All Posts
Settings
Win uses cookies, which are essential for the site to function. We don't want your data, nor do we share it with anyone. I accept.
DEFAULT COMMUNITIES • All General AskWin Funny Technology Animals Sports Gaming DIY Health Positive Privacy
844 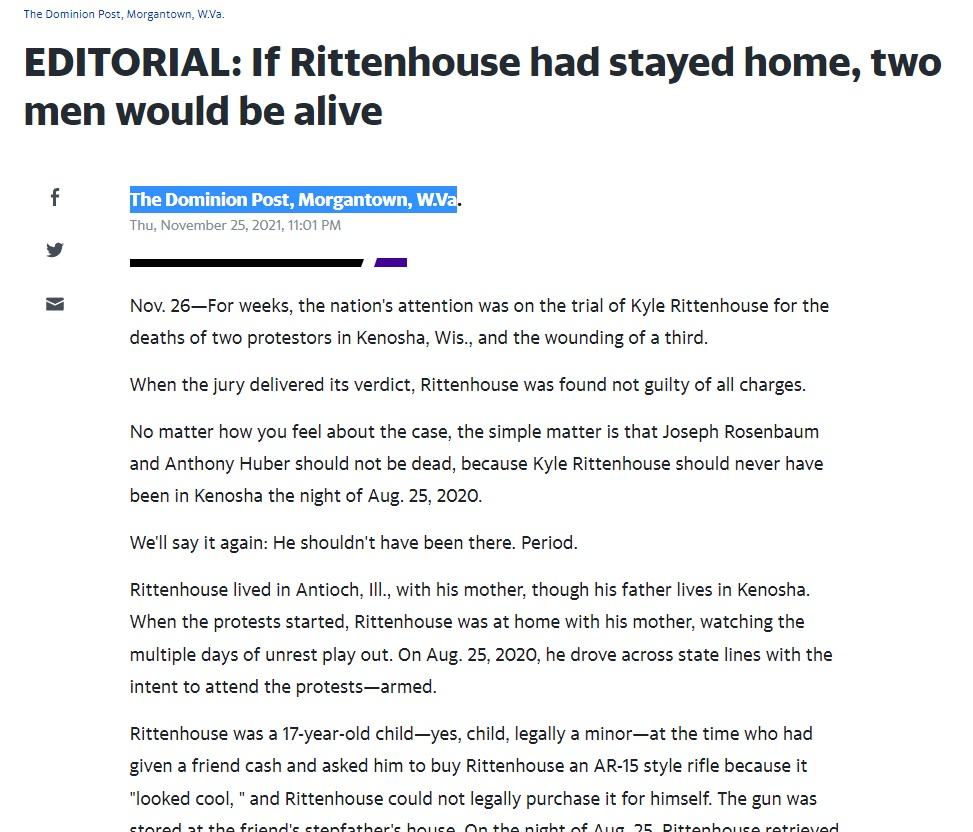 Lol... These people are so retarded.

I honestly want someone to say this in front of me, just so that I can spice up the party by declaring aloud that if Rosenbaum never fucked 9 year olds in the ass this wouldn’t have happened either.

A butterfly flaps its wings…

Although, it's really fun to use their language against them by calling out their victim shaming. They really don't like that. :p

Yeah, there's actually no way to know if those two pieces of shit would have lived through the night regardless of Kyle's involvement. They were obviously violent, obviously trying to blow up a gas station, obviously antagonizing people. They chased the wrong kid. They likely would have chased someone else.

The only certainty is that if they, themselves, had never shown up, they would be alive.

i wish Brandon voters would have stayed in their graves

I am so sick of these idiots. Fuck the Dominion Post.

"...although his father lives in Kenosha."

Well, then shut the fuck up, cunt.

So that they would go on to rape more children and beat more women? No what happened to them was Divine Judgment.

They didn't even need to stay home, just not threaten, then attack someone with a rifle.

But if he put on a BLM patch then it was perfectly fine LOL.

What ever happened in the David Dorn case? It's been almost completely memory holed by the communist media companies.

You go to a "mostly peaceful" riot and you get what you sew.

"If Julie hadn't worn that dress, two men wouldn't be in jail for rape."

Or the sun could’ve super nova’d and we’d all be in a better place.

If Jacob Blake's mother had taken it in the ass, none of this would've happened.

So they were out to kill women then?

People who write stuff like this are brain dead beyond repair.

if the pedo had stayed home he's be alive too. if everyone stayed home always, no one would ever die

If the rioters would have stayed home none of this would have happened. If the dude had cooperated with the cops he would have still been alive. If he had followed the law he never would have become a criminal. If Joe Biden were cognizant then he would be running things. If we had fair and free elections Trump would be in charge. If. If. If. Okie doke.

Nothing of value was lost..

If the criminals had blown up the gas station, scores would have probably died. Playing "what if" goes both ways.

The two were worthless. I only with there had been 1000 Kyles there. Would interesting to hear the criminal records and unexplained early releases of all the protesters that were neutralized.

Isn't that true with all self-defense cases? If the person were elsewhere, he wouldn't have to defend himself. Childish argument.

That was his community being destroyed by terrorists. He wouldn't have to do what he did if someone, anyone (mayor, police, etc.) had done anything to stop it. At one point they were trying to push an on-fire dumpster into a gas station in the hopes it would cause a massive explosion. No adult was trying to stop it. Only Kyle was willing to take a stand.

Put people in charge who believe in law and order and teenagers won't feel they have to take this responsibility on their shoulders.

Think of all the lives saved if floyd had stayed home.

This is locigally the same as the "she shouldn't have worn such a short skirt" argument.

Imagine if a woman killed her would-be rapist and a headline wrote:

A man would be alive if she had stayed home

He wasn't armed when he drove the 10 minutes or so across the border. That's a lie. One more for him to sue

Communist are not people, so Kyle didn't kill two men but disposed two piles or garbage. In all seriousness, Kyle might have prevented a tragedy by protecting the gas station and obviously killing a pedophile.

Jogger would be alive if he wasnt “jogging”

This is why you execute pederasts, folks

If a paedophile and a woman beater hadn't tried to kill Kyle Rittenhouse, they'd still be alive.

More like everyone could have showed up and still been alive if they didn't charge and assault people.

If everyone stayed home, the town wouldn’t have burned too.

Calling those slithering creatures "men" is quite a stretch.

If those two men had not tried to kill Rittenhouse, they would still be alive.

Rosenbaum couldn't go home, his gf/wife/whatever had a restraining order against him because he beat the shit out of her the last time he was there.

Well if those 2 men stayed at home, definitely they are alive today..