TheDonald
Communities Topics Log In Sign Up
Sign In
Hot
All Posts
Settings
Win uses cookies, which are essential for the site to function. We don't want your data, nor do we share it with anyone. I accept.
DEFAULT COMMUNITIES • All General AskWin Funny Technology Animals Sports Gaming DIY Health Positive Privacy
39 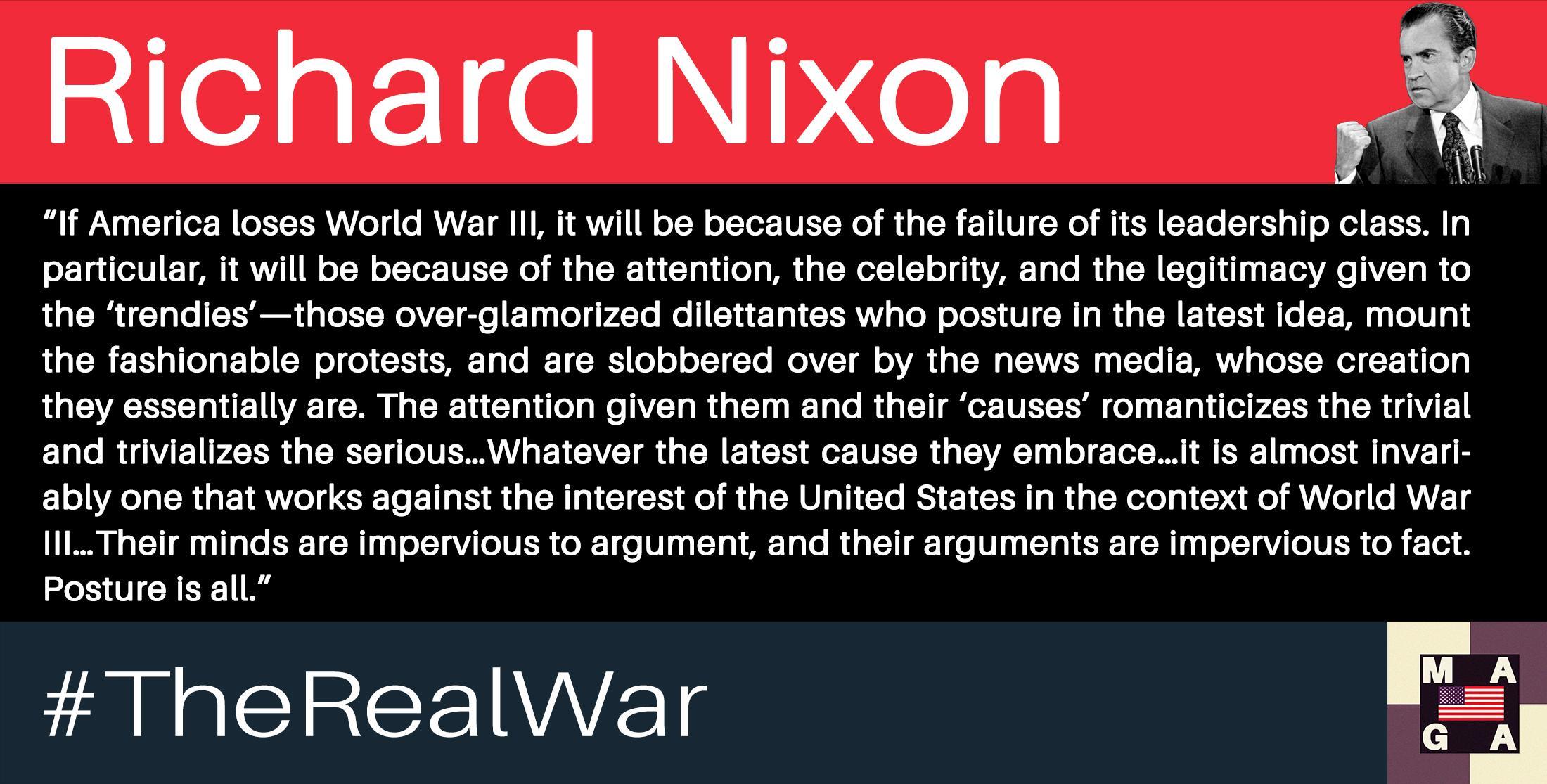 There's a reason Nixon and McCarthy are still vilified to this day.

His "Real War" is a phenomenal book, and if you swap out "Soviet" with "CCP", it is a better strategy text than Elbridge Colby's latest, 'Strategy of Denial'.

Thanks dude. I collected a bunch of them here: https://www.memeamericagifagain.com/post/richard-nixon-the-real-war

One of my favorites from the book: “Edith Hamilton, a historian of ancient Greece, once wrote, ‘To the Greeks of that day their most precious possession, freedom, was the distinguishing mark between East and West… “You do not know what freedom is,” Herodotus reports a Greek saying to a Persian. “If you did you would fight for it with bare hands if you had no weapons.”’ Freedom is still the distinguishing mark between East and West.”

It is truly enlightening to see how culture truly does precede social structure.

Greeks largely lived in small city states, the polis, because their geography was largely islands and mountains. Self governance was a requirement as no one power could rule over all of Greece even if they tried.

One culture developed the concept of citizens and self governance, while the others stayed subjects to a king/emperor.

Nixon may have made his fair share of mistakes, but he was 100% right about the media.

And that's only part of why "Watergate" was a CIA hoax to take him out. Read Ashton Gray's exposé Watergate: The Hoax if you want the TRUTH about Watergate.