TheDonald
Communities Topics Log In Sign Up
Sign In
Hot
All Posts
Settings
Win uses cookies, which are essential for the site to function. We don't want your data, nor do we share it with anyone. I accept.
DEFAULT COMMUNITIES • All General AskWin Funny Technology Animals Sports Gaming DIY Health Positive Privacy
554 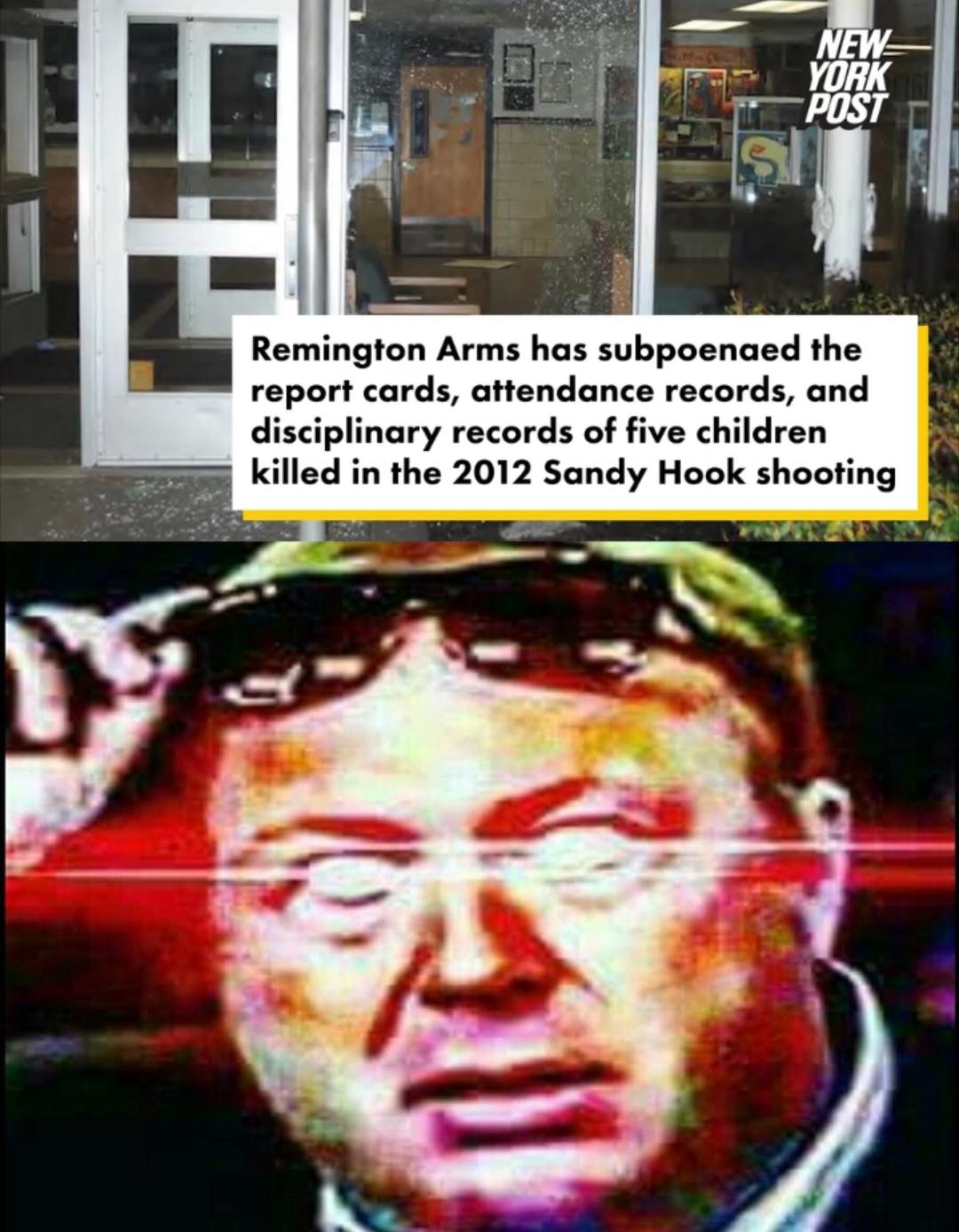 LOL. Great. And don't forget the video that shows kids running out one end of the school and going back around to enter through another door. And the oddly fake law enforcement.

Kyle Rittenhouse looked like one of the victims, Noah Pozner, just saying, some of the shit you see on the internet... interesting though how articulate and composed on the stand he was for his age, with the conspiracy being a trained crisis actor.

You'll need to have some explanation for why they'd do this. before I even entertain this prospect.

Be different if he took the stand and was like "yeah I never should have had the gun. Guns are weapons of war that only our masters should have" and the "plea bargained" down to a lesser sentence which never sees him in jail.

Instead he took it to the establishment. Doesn't add up to a SH connection.

That was the firehouse wasn't it? If not I missed this scene.

yeah and they keep refusing to release them

It really is telling. I mean, Remington's attorneys have EVERY right to make the plaintiffs establish that their children attended the school regularly, and were IN FACT in attendance that day and were harmed. It's just a presentation of facts on the record. It happens in every trial. Yet, they are fighting it tooth and nail. Doesn't really do much to dispell the naysayers.

How dare you question our narrative, just pay us our money and go out of business.

Fighting us is literally racism.

Remington should move for a default judgment since they refuse to produce the documents, just like they did with Alex Jones.

Sorry, all records were demolished with the set, I mean school.

Islamic school shooting training camp...buried the next day by the corrupt FBI. Many such cases.

It was the first major FF after the National Defense Authorization Act of 2012, which allowed the u.s. gov't to use propaganda on U.S. citizens.

Too big a pill to swallow?

That means it's working!

Why only 5. Make those devils produce records for the whole school

It might be because those are the families bringing the suit, so relevancy

Is this a real thing that’s actually happening?

If so, good for them. They’ll probably reach a settlement by Monday.

Might overlooked this whole thing, can someone fill me in on this false flag op? Never really paid much attention to it...

It's going to cost you 2 hours

Thanks for the video link. Capstone mentioned in video.....seems like that was mentioned another place a few times. Intel board.

Thanks for sharing, fren.

I'm not gonna watch it now, but I'll dive down that rabbit hole next time I got some time to kill

Thanks and TLDW.. what’s the long and the short of it?

After a few minutes of 1.75x speed and some scolling, I learned that this guy claims that Sandy Hook was a community psyop funded by the gov to prop up strict gun control. The claim is that the entire community was in on it and they all got paid. Main guy is former state police officer and now school principal.

He points put anomalies that would indicate the tragedy didn't go down as reported and possibly did not happen at all, but I dontbthink he ever outright makes that claim.

It is an exceptional watch, very well done.

So I ended up watching it. I’m upset that this seems VERY much like a purposeful, and fraudulent act. The actions around the shooting, the parents, and the legal team is what did it for me. The question is where the kids are now though, or what happened to the kids, or what’s really going on with the bodies or lack there of.. confused on that part now.

I'm watching this one now - not sure if it answers questions or poses more questions: https://www.bitchute.com/video/iazwAxgBtexC/

Same here and never looked into it. I just know something about AJ calling bullshit and pointing out crisis actors and his claims helped push his cancelation.

This. Used the narrative to shut down alex. I hate to admit but at the time i thought “Alex wtf bro, seriously?”

Hoax or not they used it to ban Alex. Then they came for others and eventually banned a sitting President from social media.

Saw a clip of one of the victims dads, it was out of context but very eery. He was laughing right before a solemn interview about his child. Hard to judge people in those situations but made me feel uneasy about the whole thing.

Looking back everything else the Left has gas lit on. Russia hoax, 2020 election, jan 6th, Covid…at this point i dont put ANYTHING past them. Including a false flag school shooting. They have earned our miss trust.

When i watch the news now i just look at what MSM says and know the complete opposite is most likely true. They are a great source once u realize this.

It was posted here the other day: https://youtu.be/gD_r3D6AU_4

It was fake as fuck all along. They were all actors

I don't see it

I don’t see it. Nothing is the same. Not the ears, eyes, nose, chin. Nothing. Total larp

Everything matches up well enough, the eyes, nose, chin for aging from 9 years old to 17(is he 18 now?), except the ears. But I'm no ear expert. Do ears stay the same shape/size from baby to adulthood? Anyways it's more of a conspiracy then anything, not a stated fact they're one in the same, but I'm not giving those in charge a pass on anything, they've proven untrustworthy and comfortable with pushing propaganda themselves and apparently false flags are a real thing.

I don’t think that’s Kyle. Looks nothing like him

Nothing matches up just search for that kids name and look at the other pictures. They just chose this pic because its closest, all the other pics don't look like Kyle at all.

Too bad they aren't gonna use any of it.

I agree with you, to a point. Remember this comparison is nowhere near a fact but a mere conspiracy. Now as to an explanation, which will be a conspiracy as well, goes like this: subversion is not some well armed army that's going to come knocking at our front door for a fair fight, subversion is a long con; working in the shadows so as to maintain plausible deniability or lumped into the conspiracy zone. What is the long con subversion game here? Yes, Kyle got justice, Kyle said all of the right things, but what else happened? The public still agrees to the right of self defense, but many of the normies(the masses whom don't follow politics except for what the MSM tells them) got a nasty taste in their mouth about using a gun/2A for self defense. With many normies even coming to the media directed conclusion, that had Kyle not brought a gun/2A to what THEY'VE been told and believe are "peaceful protests", nobody would have been killed.

It's a complicated situation but the goal of subversion is simple, erosion of the 2A and 2A rights elimination. They can't just violate the 2A and take our guns, they can't just remove the 2A from the Constitution without trouble, yet. But they can make public distaste for the 2A so unpalatable that those can be done in the future. This is how "red flag" laws came into existence in the first place, public distaste. Couple that public distaste with a bunch of circle-jerk peer reviewed "studies" from their psychologist/Dr. titled allies in higher education and now they've made the case as to why the 2A is dangerous to the publics safety, so we need nanny government to take our guns and protect us, from us or whatever. You don't have to believe it, as the long con is already in place and subversion is being used, just as it always has, to guide public opinion until public action is taken. Would it be out of the realm of possibilities that one day, you're accused of being "unstable", and that accusation is used as basis to disarm you? I would say no. Is that fair? No. Are we playing with people who believe in being fair and fairness? Hopefully the Rittenhouse trial and the behavior of his detractors answered that well enough for you. As a matter of fact, considering everything, had any of Kyle's attackers been black, the trial outcome would have been different in today's political climate, as well as the jury would have used different lines of reasoning, with jury intimidation most likely being a real factor. Hopefully this explains it well enough for why they'd, those perpetrators of false flag events, would do this.

Funny how Kyle rittenhouse looked like Noah pozner huh? Crisis actors must be in short supply