TheDonald
Communities Topics Log In Sign Up
Sign In
Hot
All Posts
Settings
Win uses cookies, which are essential for the site to function. We don't want your data, nor do we share it with anyone. I accept.
DEFAULT COMMUNITIES • All General AskWin Funny Technology Animals Sports Gaming DIY Health Positive Privacy
990 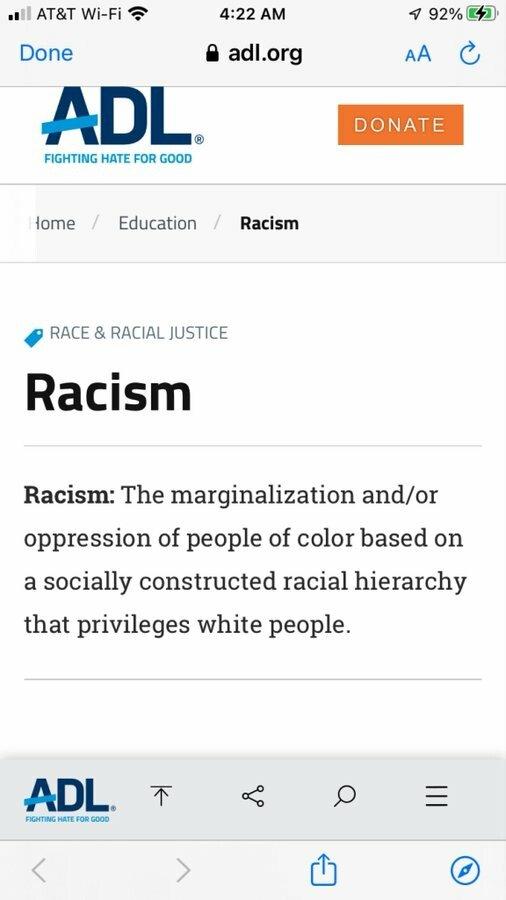 lol 'holocaust', medieval persecutions, etc, why were they 'persecuted'? thousands of expulsions but it's never their fault, ever. jews will always tell you how they are persecuted but never why.

I think that is described as classic “narcissistic” behavior….

The "Thirteenth Tribe", a 1976 book by Arthur Koestler, offers a ton or historical detail that fills in very may gaps that are conveniently and fully ignored.

This is a very interesting book that very many would rather bury deep, very deep. Enjoy.

Jews destroyed the Christian Goth kingdom with trickery. The Goths were the best thing that ever happened to humankind and Jews destroyed it and replaced it with pure perversion.

I call Jews the white liberal.

I think the key is that if you look at a lot of these Liberal Jews, you will find that they identify more with a Leftist ideology than they do with a Jewish ideology. They are indoctrinated as much as Liberal Christians are. Where are they learning this hatred? In religious school? Around the dinner table? I would say a lot of it comes from the government schools. Remember that the majority of these Liberal Jews live in high density cities like NYC, just like the indoctrinated Blacks who have become racists and permanent victims. Useful idiots.

I disagree. If it were true, then all the Christians who are Leftist wouldn't exist. But they make up the majority of Leftists. Like the Catholic Pope.

Conservative jews still have their precious Israel. They do everything they can to funnel money and broker power to a country that's done nothing but get us into trouble for decades. Mention the words "dual loyalty" to any of them and they'll reeeeeeeeeee as hard as any pink-haired commie. They'll deny it all they want, but they will always hold Israel first and the US second, no matter how much they deny it (see: Mark Levin, who I actually generally like a lot, but you can never assume that he will take the side of the US over Israel's if the two were to come into conflict).

Yes, I was agreeing with you before, and I agree with you here. There is something particular to Liberal Jews that hates Western Christian civilization. I think personally in a general sense that it's logical, though misguided, that there is a suspicion or negative feeling in some Jewish culture if you consider how Jews were persecuted and marginalized for hundreds of years in Europe. At the same time, it's natural to marginalize a group that refuses to integrate into your society. This is the feeling a lot of Europeans have about Turks and Gypsies, and now the new Africans and Muslims. A difference I think is that the Jews did not multiply very rapidly or seek office to change the character of the nation (in historical periods, obviously they couldn't anyway, so it's impossible to say if they would have tried to if they could, but anyway they were pretty insular on the whole). My feeling though is that this resentment and suspicion against Christian majority countries became entrenched, particularly among Liberal Jewish families who felt that they were the losers in that situation. So their solution was often to fight for minority rights, to fight for 'diversity' in countries, to fight against Christian dominance, to see Socialism and Communism as ideologies that would support or even save them. My problem these days is that intelligent and freedom loving peoples, including the Jews, should be able to recognize that American civilization and Western Christian civilization is not their enemy anymore, and that they should integrate if they are Americans. I see it as a kind of indoctrination among Liberal Jews that they don't consider any of these points objectively. If they do think about them at all, it is through the lens of the radical Leftist. But for the most part, even among highly educated Jews, their reactionary perspective is identical to any other indoctrinated Leftist, but with an addition of subconscious resentment towards Christianity and Whites similar to the subconscious resentment of Whites by Blacks. Though I guess that is often conscious in both cases too. The cases of free thinking Jews who escape that, like David Horowitz for example, are particularly striking and encouraging.

Is it true there are people who want the Jewish girl dead?

No they don't. I see plenty of it, and rightly so. Fuck little hats.

That's pretty ignorant, considering that the Leftist Jews who are the enemy are in general secular, and the religious Jews who wear hats tend to be more based and Conservative.

Perfect. Now we know that ADL is the force behind the pushing of CRT into the schools.

Its always been unhinged, it just didn't start happening now. Its been this way for hundreds if not thousands of years.

Look at what Martin Luther wrote about them, look at the references to the Synagogue of Satan in the bible. Look at the history of the owl god Molech, what's written in the Talmud and the Torah. Look at the 100++ countries that threw them out for the same things.

Look at world war one, the weimar republic and world war two. Look at the ADL today.

The same things keep playing out time and time again in history. Our current society is nearly a mirror image of what was happening in the Weimar republic post ww1: degeneracy, debauchery, transgenderism, inflation, corruption of the family, art and culture. The media and banks being run by the same kind of internationalists that are still running them to this day.

Inb4 "le the joos stormfag". While it's not just them they make up an overwhelming amount of controlling interests on an international level, at the banks, governments and think tanks, secret societies and globalist clubs like the trilateral commission, bilderbergers, council on foreign relations etc.

ADL should be destroyed and have this url removed for this

These pricks actually believe they get to redefine our language in order to fit their racist narrative.

It's what communists do

It would be a beautiful thing to behold. Can you imagine the jury tampering in that case? It would be epic

My advice would be to hire a conservative Jewish lawyer to do the job right.

The term "racist" itself was invented by the bolshevik mass murderer Leon Trotsky.

The normal word is "ethnocentric", and everyone is ethnocentric to some degree. Some little, others more.

If that's the definition they want to use, then they are, by definition, admitting that whites are the superior race. Think about it.

Hi, Jew here. Screw the seculars, I’m with you guys.

Hey Jew. I’m with you too. But I am most definitely against anyone who explicitly declares war on people of European descent. They can swivel on it.

Europeans have built everything.

There we go. Black people are racist now.

Jewish projection. When they themselves are the most intolerant people alive

The socially constructed hierarchies in the Congo and Sudan are much more beneficial to POC.

There are a number of race and identity hustlers that use those populations (Jews, Blacks, Gays, Women...) as cover for their Marxist authoritarian agendas. These organizations don't represent those populations, and more than Jesse Jackson or Al Franken represent Blacks. But they CAN influence the populations, and corrupt them. They are also liars and political psy-ops activists. It is really up to the populations to rid themselves of these organizations and disown them, and to return to the American identity. It's a tragedy that so many Jews, Blacks, Women, etc. are weak enough to be indoctrinated into their anti-American hatred.

What's funny is how racist this definition is.

This is extremely dangerous, people are taking this too lightly

I'm not going to spend my energy worrying what Bolshevik commies think about me, they're the definition of their own accusations, by their own definition.

I tire of the ADL....they DEFAME the INNOCENT!

Is there a pass for any particular type of white person?

You bet your ass there is.

It’s only for them.

Such bullshit. Words either have meaning or they don't.

I'm about to D the ADL

I’m a Jewish guy, burn it down with nuclear fire!

Wow so they're just explicitly saying it now.

If people had seen this statement, eve 5 years ago, they'd be called a radical hate mongering racist group.

Is this for real?

Liberal Jews annoy the hell out of Conservative Jews. Why? They know that Liberal Jews are what created the German hate machine... I have a lot of super conservative Jewish friends, that despise these people and speak out against it. Don't fall for the trick of hating everyone, the left wants this, so they can divide us further.

Reality is, we just need no matter the race, leftists tossed out of helicopters.

You lost me at, "I have a lot of conservative Jewish friends".

why would you have friends of other religions?

I know guys that are Mormon, Muslim and Jehova Witness too. Hell, most of the guys I flew with or hunted with were Catholic, do I disavow them as well? How about atheist friends?

You're "Conservative Jew" friends don't have the numbers nor the power to make one bit of difference. In fact, the majority of jews are now "liberal jews" so I'd suggest laying low and hiding for a bit because you don't make a difference now but you could have made one 30-40 years ago when this all started ... but you didn't.

It’s delusional to think Trump did more for Israel than he did for the US.

He moved the embassy, and allowed Israel to make peace with some if is neighbors. He did less than that for us?

These guys are nuts, I've been called a Jew by radical Muslims for defending the Jews Right to exist. What baffles me, is how the leftist Jews can say we can't have a strict immigration policy like Israel, conservative Jews I know very personally share this view.

I think a high percentage of Leftist Jews would do away with Israel’s walls, too… not that bright…

Oddly enough, Schumer has actually been confronted about the wall we funded in Israel, he said it was needed, and was the right thing to do. The disconnect with liberals of every race, gender, whatever, is just absolutely amazing. Heck, even uber commie leftists at the NY Times noticed it, watch this.

The All Dumbass Leftists said that? Shocking...

The Autistic dumbass league can straight go f themselves

With all of the tiny hat tribe talk in this thread I highly recommend this high quality series by Asha Logos if you want to learn true European history. This episode talks about the destruction of the greatest kingdom on earth.