TheDonald
Communities Topics Log In Sign Up
Sign In
Hot
All Posts
Settings
Win uses cookies, which are essential for the site to function. We don't want your data, nor do we share it with anyone. I accept.
DEFAULT COMMUNITIES • All General AskWin Funny Technology Animals Sports Gaming DIY Health Positive Privacy
1591 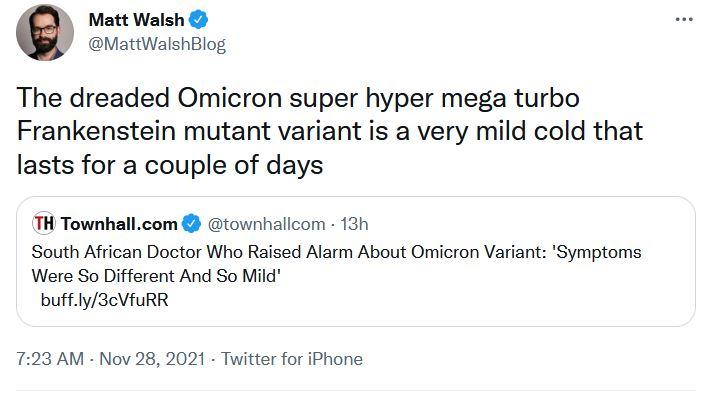 Covid has always been a very mild cold that last a couple days. It's a fucking coronavirus.

The main reason why people think it's worse than it is, is because of what took place in China. But the reason why it hit soo bad in China is because it was ground zero, straight from the lab, and the real reason why it hit the Chinese harder is because Chinese are overall less healthy, with a shitty healthcare system, based largely on holistic medicine. Most of the shit Chinese doctors do, is barely one step above voodoo witch doctor shit.

China actually has about as many obese people as America. The percentage may be lower due to population size, but that's still hundreds of millions of people. But the problem isn't just overweight people. Chinese people actually consume more sugar than Americans. What is rice? Sugar. That's what your body turns it into. It may be slower released sugar, but it's still sugar to the body. With their lack of public hygiene/sanitation, and their shitty hospitals, it's all no wonder how Chinese were dropping like flies.

Hospitals in China are nothing like modern medicine. Sure, they have done modern medicine. But if you go in complaining your knee hurts, they'll sooner prescribe you to drink hot water as a treatment. No fucking joke. You'll get better healthcare at a scummy free clinic in the ghetto in America, than you will in your average city center hospital in China.

So it wasn't that COVID was particularly bad, it's that the culmination of China's poor living conditions, made it hit harder.

What do you mean, hit harder? They had only about 4000 reported deaths. I don't think the answer to the discrepancy is they covered it up, I think the answer is every western nation blew it way out of proportion for ulterior motives.

Nah they lost like 20 million people easy. People calculated that from the amount of cell service customers that disappeared and never came back. The thing about China is cell service is ultra cheap, and it's also basically impossible to function in society without it there. It's your ID, it's how you pay for everything. People would go homeless before they'd drop cell service. There's no excuse for that many people suddenly disappearing from cell service.

Then there's the satellite signature of byproducts from organic matter being burned in large amounts during the time. There's maps that show the chemical signatures over areas in China. This was indicative of them burning lots and lots of bodies. There's reports that crematoriums were running around the clock, burning soo many bodies that they didn't even have time to entirely burn them down to ash, so they'd burn them in a "good enough" fashion, then mass bury the parts that were left over.

Also look at the pollution during that time over China. Skies cleared right up.

We didn't see anything similar anywhere else in the world. Why not use corona virus as an excuse to do one of them genocides communist regimes are so fond of?

But what happened in China didn't happen in China, it was choreographed panic theater. It didn't happen anywhere except maybe Italy. If you look at the industrial emissions from China last year you'll see a dip for less than two months, then it goes back to normal but the end of spring.

The only people dropping dead in the streets are the ones with the vaccine.

damn near killed me

What was your co-morbidity?

I think it hits some people a lot worse. But nothing to shut the planet down over. The flu killed a ton of people of all ages for decades but we didn't shut down the economy over it. Trump needed to be stopped. That is why this happened.