TheDonald
Communities Topics Log In Sign Up
Sign In
Hot
All Posts
Settings
Win uses cookies, which are essential for the site to function. We don't want your data, nor do we share it with anyone. I accept.
DEFAULT COMMUNITIES • All General AskWin Funny Technology Animals Sports Gaming DIY Health Positive Privacy
341 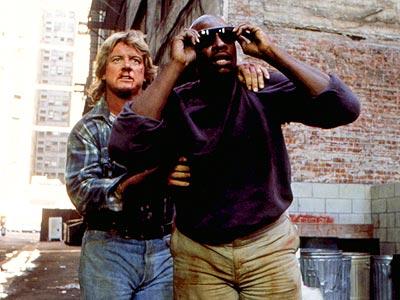 Don't need to tell white people that, we stuck out our hand to shake and had it slapped away and a gun pointed at our heads.

This message needs to go to the blacks

Accurate. Unfortunately with the destruction of the nuclear family across society but especially in the black community, and orchestrated by the elites and msm too, the situation has gotten even worse. Trump woke a lot up and that seems to be the reason they're focusing on importing America hating third worlders instead of pandering to existing minorities, but the reality is while we were trying to be friends the elites spent years turning everyone against us.

It's gonna be a long, hard road. More minorities better wake up fast or they will be targeted after the Afghans, Guatemalans, ms13 and assorted move on to them.

I still don’t like black people. The majority anyway. The minority are probably excellent people I would love to have around my family.

The majority? They go back to wakanda

"we can work with them" until they burn down our homes. soon you'll begin to see the differences between us and them.

Racism and race-baiting are tools that the Leftists have long-used to consolidate power, along with the “fixes” like ‘affirmative action’, ‘diversity’, ‘hate-crimes’, and (so-called) ‘anti-racism’.

It’s the Democrats’ and socialists’ favorite tool, it’s the very weapon that is being used to fuel the genocide, and it befouls the clear thinking of otherwise good men:

These are tactics used to promote the illusion of support for a disastrous message in the necessary information-space battle for winning hearts and minds sufficiently to actually mount an effective fight.

Within 30 years after the new Constitution was ratified, the U.S. ceased the 4,000 year practice of slavery, and then, within a single lifespan, fought a bloody war to abolish it altogether.

Within a single lifetime after that, the remnants of codified inequality had been entirely removed, and public institutions largely reformed.

Democrats fought against each step, always claiming that they knew best how the black man should be allowed to live his life, using racial animosity to fuel their power-grabs, and insisting that government power be used to corral black communities, undermine black individual autonomy, break apart black families, and control the black vote.

The out-group target for the tactics changes from era to era — Indians, Slaves, Irish, Italians, Catholics, Chinese, Mormons, Germans, Japanese, Jews, Mexicans, Blacks, and Whites — each has been singled out by Democrats at various points in our history, and made victim to the Democrat’s incessant thirst for power at any cost. And the slurs, ‘science’, and other rhetoric doesn’t change very much either.

Liberty and accountability did just fine through most of our history. It’s been race segregation, race-categorization-based’ laws, and race-based ‘exceptions’ to principles of liberty and common sense that have caused unending grief and a slide into tyranny.

At this point, this is nonsense.

Please help slap down any racism on this site.

The South Park recreation of this fight is Legend

That would require an entire community being ready to take responsibility for themselves. All the crime, handouts, claims of racism would need to stop. That seems as likely as Joe Biden legitimately being elected POTUS.