TheDonald
Communities Topics Log In Sign Up
Sign In
Hot
All Posts
Settings
Win uses cookies, which are essential for the site to function. We don't want your data, nor do we share it with anyone. I accept.
DEFAULT COMMUNITIES • All General AskWin Funny Technology Animals Sports Gaming DIY Health Positive Privacy
2324 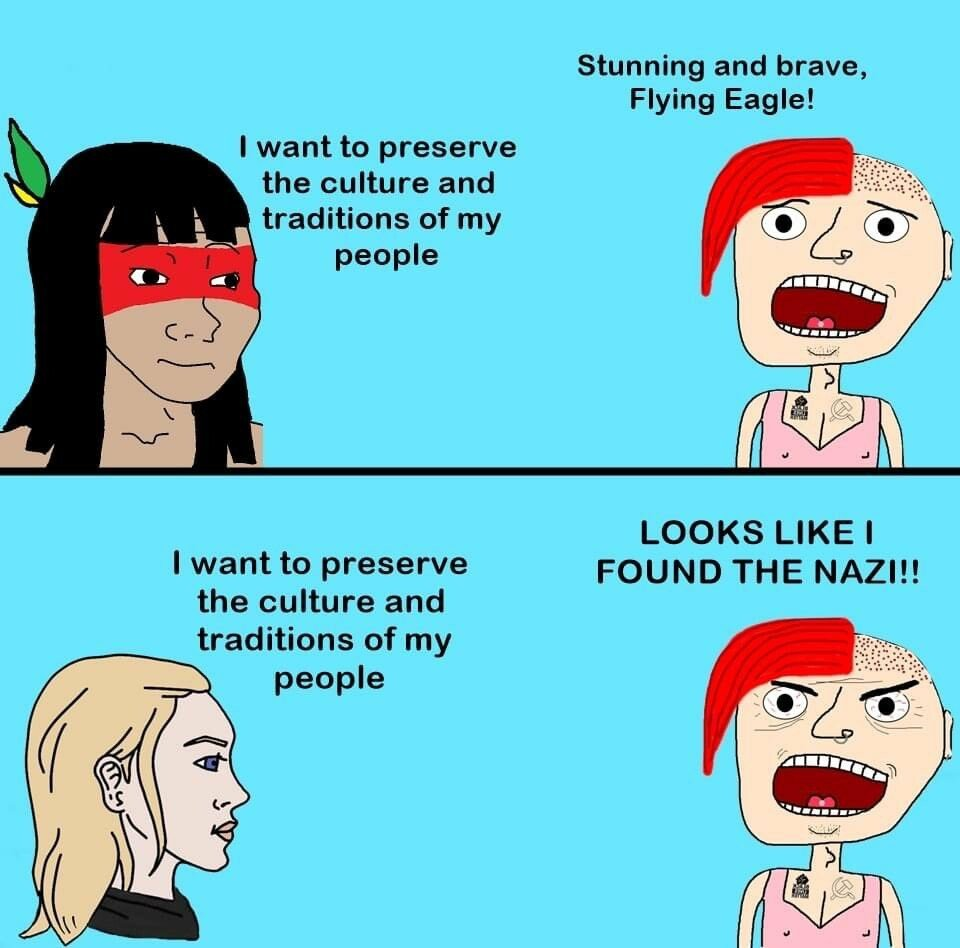 The issue for psychos (like the one on the right side) is perceived "power".

Some savages preserving their backwards culture is a-ok.

People, assumed to be either rich, powerful, or beautiful, preserving their influential culture is too bully-like.

They forget all about survival of the fittest and don't mind the hypocrisy. Their goal is simply to be a virus: live off the host while killing it, then move on. Once they do reach "power", they obviously know the gist of the game, so it's more lying, corruption, and violence to stay on top.

What a sight it would've been to behold, if say all these commies instantly replaced the natives here when columbus and crew sailed in, when the colonies were being built, when the wild west was being tamed.