TheDonald
Communities Topics Log In Sign Up
Sign In
Hot
All Posts
Settings
Win uses cookies, which are essential for the site to function. We don't want your data, nor do we share it with anyone. I accept.
DEFAULT COMMUNITIES • All General AskWin Funny Technology Animals Sports Gaming DIY Health Positive Privacy
3086 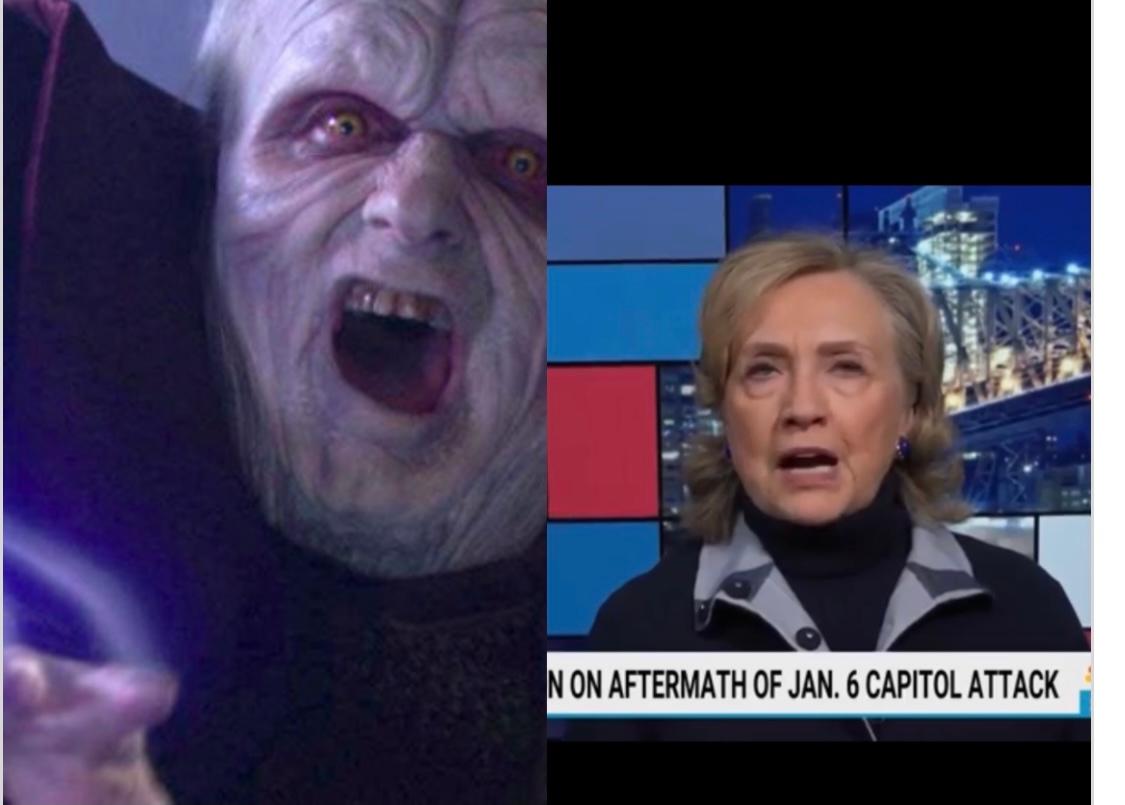 One reason they are subsidizing their supply with migrant hordes

Correction: The United States taxpayers are subsidizing their supply of migrant hordes.

Rapes just do away with the costly and lengthy IVF process ...why can't you just see they are doing America a favor you white supremacist racists!

you are thinking outside the box

That makes sense. I was wondering what caused droopy nut sack eyes. She must have gotten hit hard on her supply, her eyes look almost as bad as george soros'.

Unfortunately, it is a genetic collagen loss thing. I know lots of good people that don't do those horrific things and they have the baggy under eye skin, too.

Fractional or erbium laser can shrink that up a great deal. I'm surprised with all their wealth they don't do more to fix their facial aging when it is so readily available.

Shouldn't she just retire and live a Botox life? The Dems will never put her in an electable position ever again. They've upgraded to Kamala and will never return to Hillary. Chelsea has better political clout that Hillary.

I'm not a real big fan of Hillary Clinton, but she's not the evil monster everyone makes her out to be.

Fuck this evil demon and her disgusting offspring, Chelsea Hubble.

I read that in Darth Helmets voice

"Anakin, you're breaking my chain of custody!" in Natalie Portman's voice...

the devil is the father of lies and Chelsea Clinton

You had me in the first half, not gonna lie.

may demons eternally chuck her into a burning van

I was the biggest Star Wars fan from 1985 to 2005.... I literally couldn't wait for the prequels. Episode 1 kinda sucked, and 2 wasn't much better, but at least 3 helped set up the originals.

That being said, I was overjoyed to hear about the sequel trilogy! Episode 7 was OK, but as soon as I got done watching Episode 8, and that stupid political correctness/activist, anti-tradition, anti-male, anti-white SHIT, I was done with the series....

I NEVER even watched Episide 9. The ending cornerstone of the series, Episode 9, the last chapter of my childhood adventure world... and I didn't even bother to watch it.

Screw that shit. I have a ton of better things to do than waste my time watching a movie where the makers hate me and all I stand for.

Again, same. Watched all of them with my kids, except never watched the last one. We all loudly mocked the purple haired lady from Episode 8. We wanted her to die, and cheered when she did, albeit of course through a noble self sacrifice in a stupid, story line breaking, deus ex machina plot device entirely detached from any kind of world building continuity ("destroy the enemy by going to light speed directly into them!").

When the gang went to the knock off burning man festival and Chewy was "captured" and loaded on to a transport I was kind of hooked. Then we saw Rey fuck up the force the destroy a transport and the audience was suppose to think she killed Chewy. 1) super sad ending for Chewy 2) HUGE character development for Rey and a great way to set a tone.

Then 20 seconds later lol nah Chewy was on transport 2 you dumb motherfucka.

The writers have no balls it was pathetic. Same with finn.

Depends, are you a small town Cuckecticut native intent on getting the F outta here?

I haven't seen 9 either. I was going to not too long ago, watched the trailer and was like...nah

I watched the first 30 minutes a few weeks ago. And I have NO desire to watch the rest. Funny how that works out. It was so stupid too. How JJ Abrams would put his name to this is beyond me. Take this cringe worthy quote, for instance:

That's it. No other explanation, just that the Emperor "came back."

That's freakin' it. And the actor delivered it in such a "oh well" kinda way....

Dumb. Not worthy of ending a saga that coined the term "No, I am your father."

One is evil, corrupt, and hellbent on control and power. The other is from Star Wars.

That is an insult…to Palpatine

Thor has entered the chat.

The events of the 2016 election has left her scarred and deformed.

Everything she worked for her entire career, that dream she probably had as a little girl of being the first female president, the struggle, the tenacity, the working hard for decades towards that one life goal that she knew would one day be her's, and it was all snatched away from her at the very last second, in probably the most humiliating way possible.

I'm still laughing to this day.

I agree with a lot of what you've said, except that the Witch struggled and worked for it. That's flat out BS.

It's probably not an easy task to kill all your enemies and obfuscate your involvement in their deaths...

snatched away by a "clown candidate" and his basket of deplorables

The evil in her soul is eating away at her faster than the adrenochrome can counteract it.

good good - let the hate flow through you

She looks a little low on the adrenochrome.

I feel that Sheev “The Senate” Palpatine would genuinely be a better alternative than Hillary, and that’s even taking into account the fact he built 2 planet destroying laser moons.

We would have a strong military that can actually be taken seriously.

Imagine palpatine looking in the mirror and seeing her...

...he would switch sides faster then you could turn on a lightsaber

This is her results...

Socialism rots both the insides and outsides

George Soros got a sex change?

Hillary is the girl Palpatine stands beside to look more attractive.

But she never got it.

With all this talk about 25th A on Biden, and Kamala removal, are we sure she's not going to get it at some point?

She has certainly resurfaced in recent days for a purpose.

If you think about how shallow their bench is, it's not beyond the pale to think they might try to install her.

That might be the best thing to ever happen to get the general normie public pissed to the point of boiling-over. Always remember:

Getting the War_Hamster seal of approval just made my night. You're like the anti-Anaconda.

Lol, I actually kinda like Anaconda in some ways.

It appears that he's deleted his account, from my understanding. I would miss him if he were gone.

Still love the Scottish terminology. Those were my people. At least half of my people, I guess. The rest are full Kraut.

These people just think people in America are weak. If the people watching and protesting to the stolen election "attacked" the capitol. There would have been a real warzone.

just waiting for her to finally admit she is the Senate.

Don't insult the Emperor you rebel simp. He was literally trying to save the fucking galaxy! lol

He actually did try. The Death Star wasn’t meant for the rebels at first, it was meant to fight against a worse threat from beyond the galaxy.

But she never gained it

And when she dies her life will be celebrated by the lamestream media.
They will praise her achievements and laud her as one of the most capable and enduring women in American history...

who gets a nicer casket, Hillary or George Floyd

Did you ever hear the tragedy of Darth Sethrich the Wise?

I would have thought that drinking all that child's blood would have smoothed out its face a bit.

We have had a Queer elected now they want to elect a Lesbian. Shoot them all now

With those eyebags, I think that's Soros in drag.

That or Soros is hiding in one of them

What a fucking evil ugly hag, crawl back in your hole, Moloch

How does she have lighting coming out of her hands? Did you of you photoshop that in? Also I don't remember Palpatine with blonde hair. Been a while since I watched SW. They killed it with SJW crap.

She even has like half of her body weight in makeup on.

This isn't fair to Palpatine.

Especially since the Emperor, dark side and the empire are the good guys because the Jedi are basically muslims.

I thought it was fauci with a mask and wig

It'd be nice if this old cunt would just die already. She is of no value to humanity.

Her death is all I want for Xmas.

For a long time, and still to this day, when I think of Leftist Commie faggots initiating the next round of faggots, I always think of the Palpatine "Now, fulfill your destiny, take your father's place at my side." scene.

She looks this way because she knows she will soon be VP after Harris is forced out, then president after Biden is 25th-ed. See Nixon, Spiro Agnew, Gerald Ford (and Rockefeller as VP) playbook for reference.

They're the same person

"Because you'd be in jail."

Thank goodness they were able to oust President Trump with election fraud so they could get another Epstein like island back under operation. Killary is looking God awful without her Adrenochrome treatments harvested from virgin children.