TheDonald
Communities Topics Log In Sign Up
Sign In
Hot
All Posts
Settings
Win uses cookies, which are essential for the site to function. We don't want your data, nor do we share it with anyone. I accept.
DEFAULT COMMUNITIES • All General AskWin Funny Technology Animals Sports Gaming DIY Health Positive Privacy
2539 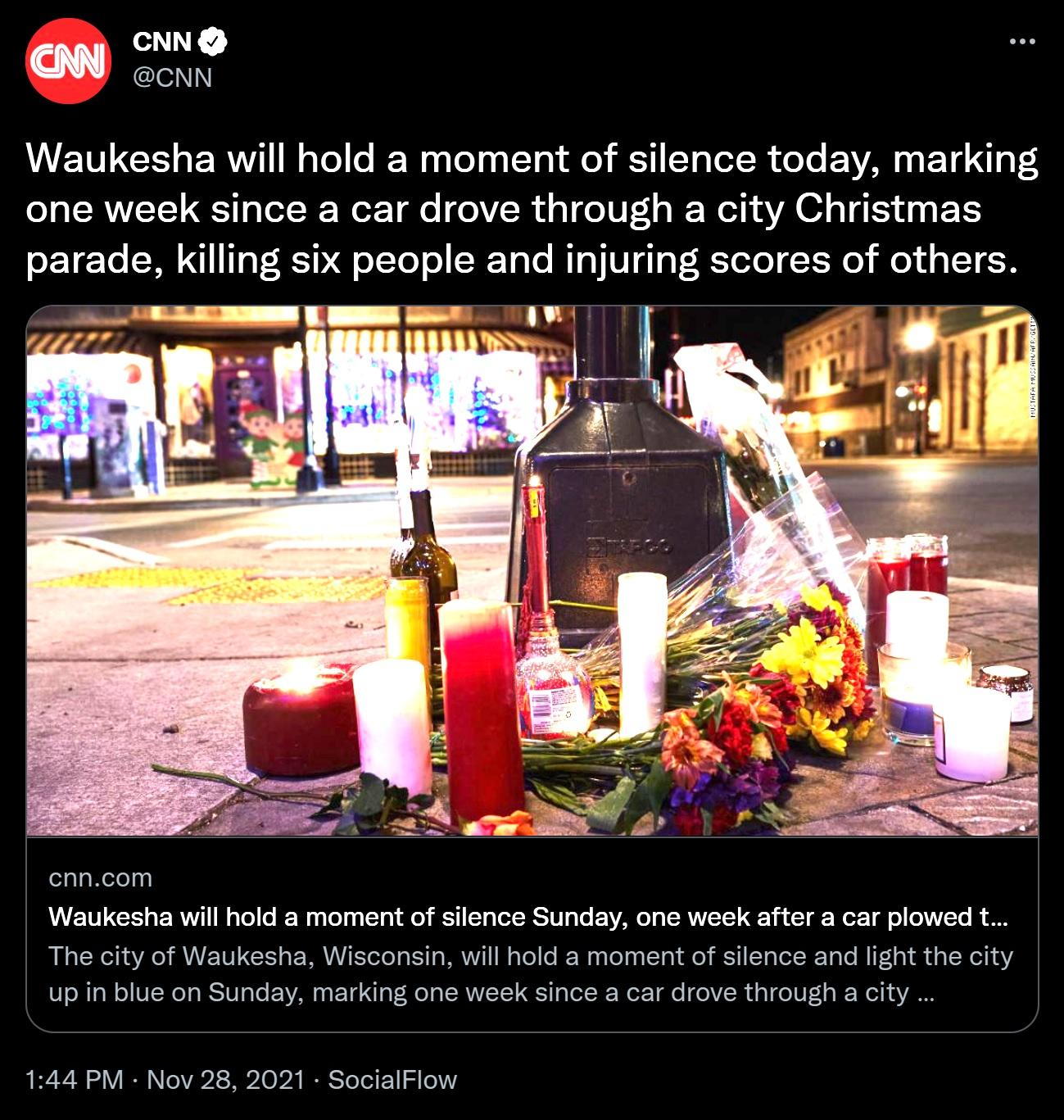 So a car was driving another car into people? Or is CNN saying the car drove itself into the crowd?

Maybe it's one of those Chevron cars with the faces?

Man, that's a blast from the past. I totally forgot about these. Just checked ebay, they ain't worth shit.

Seeing as how SUVs are typically designed and built on truck platforms, they mean a car was driving a truck into the "crowd of people"

Must have been a Tesla

Must have been Elon’s new SUV.

Progressives are bad at real terrorism if it hasn’t already.

correct because the bed sheets were white supremacist

why would you insult ISIS like that? what did they do to deserve this?

Was it a self-driving car?

I saw them calling it a “deadly Christmas parade” so it least this headline mentions that there was a car driving into people.

“Deadly Christmas parade” sounds like the parade itself was deadly. Like the route marched off a cliff or some of the floats were making human sacrifices.

Really the parade and the car are not the core of the story, which is that a deranged black supremacist, anti white racist, decided to murder, maim, and injure as many random white people as he could with no regard for children, elderly, Christmas, or anything else. Had he used a gun or bomb makes little difference from the car.

The car was just the tool for his psychotic actions. The parade was just where it happened, could have been a block party or beer festival. The parade’s Christmas purpose is also irrelevant, except to make it even more fucked up.

they want you to think they are the fourth estate but theyre really the fifth column!

Rush Limbaugh use to go off on the media all the time for talking about vehicles as if they had a life of their own.

his fave was blaming SUVs

LMFAO "since a CAR drove through" .... those people are absolute psychos

A moment of silence for six people murdered and scores of others injured in the largest domestic terror attack the United States in 2021. The black supremacist is in jail at this time.

That car should sue CNN for defamation.

Formal charges have been made against the car and the assembly line that produced it. Bail has been set at $45,000 with 0% interest for 72 months.

CNN is just a symptom of a much larger problem. Everyone at CNN was radicalized at college first, and most likely somewhere else even before that

These anti white cars need to be stopped

still trying to learn that words aren't inherently offensive and that they only have as much power as we give them are we?

hey, look on the bright side. they actually called it a "Christmas" parade.

Fuck me I shouldn’t have laughed at that but what the fuck right? It is funny

Yeah, let's blame the car, not the murdering terrorist driving it!!

CNN thinks they can get away with the blatant bias, they can't anymore, people see through it.

Systemic Carism runs so deep in this this country. Be ashamed of your deep rooted Carism, especially if your car is white.

They act like it was a natural disaster with no name or face being responsible.

My God, I could give them the benefit of the doubt to avoid the word "allegedly" in a cumbersome title but this headline puts that argument to rest. A suspect is a suspect

Oh so it’s a non racist self driving vehicle. I get it.

Must have been one of those self-driving cars...

Wow...unbelievable. WTF. Say what it was...A TERRORIST ATTACK. He swerved for and killed those por people. WAKE the fuck up leftards!

Preaching to the choir

What if there were actual consequences for this type anti White of propaganda? What do you suppose it would look like?

People of Waukesha should sue CNN for enabling the massacre. CNN has promoted White hatred for years.

Fuck these CNN bitches. They literally ran with the "he was fleeing another incident" line today. The BLM terrorist has already been charged with murder 1.

OMG has the car been arrested?

It’s like they wait for the bee to write an article and then they al plagiarize it.

Red SUVs are racist.... It's a crime that a "hate crime" is not being charged, but I guess that seldom works both ways.

It must be a MAGA car, only those are red and huwite.

Step up your game, CNN. NPR has gone back to the Charlottesville Narrative already.

These people are fucking disgusting. Lost as lost gets

“Black supremacist influenced by CRT” - if only that could ever be the headline.

We the people should find all CNN headquarters and burn them down to ashes.

So glad nobody watches CNN except the severely retarded.

if it weren't for that damned car! like...Christine or something

Yay for Self driving cars!

No wonder they want to get rid of guns. They think cars drive themselves into crowds of people.