TheDonald
Communities Topics Log In Sign Up
Sign In
Hot
All Posts
Settings
Win uses cookies, which are essential for the site to function. We don't want your data, nor do we share it with anyone. I accept.
DEFAULT COMMUNITIES • All General AskWin Funny Technology Animals Sports Gaming DIY Health Positive Privacy
2707 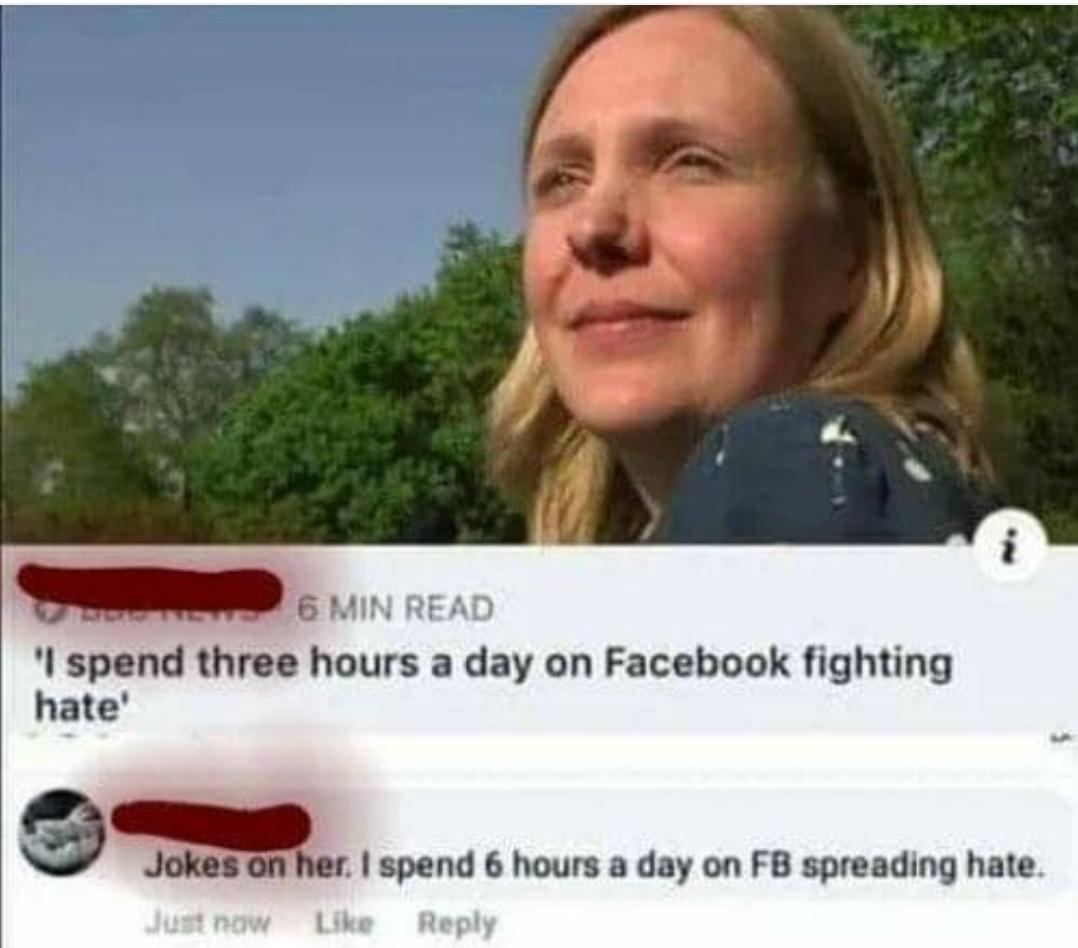 They are much better LIARS. They sometimes even believe their own LIES.

that's their strength, say bullshit long enough and it becomes a truth to your highly retarded viewer base. MSNBC, CNN have been using this journalistic principle for the past 7 years.

I came here to say this.

Yep. Add in take over our education, culture,media, entertaiment etc. Yea I would say the left has kicked our asses the last 50 years.

Eh if the right decided to forgo their Morales, just for a day, the left would be obliterated at fraud and literally everything else.

She's not fighting anything; but since she wants to make the world a better place so badly, I suggest she confess her sins to God and accept Jesus Christ as her savior to wash them away. Then she should try to be a soul winner, and tithe her income to help the needy.

How much time did she spend photographing her smug superiority pose?

they are certainly proficient at vote rigging

No they really aren’t. Just blatant.

If they are good at anything, it is creeping into all the places that matter in government to allow corruption to happen. Or threatening people when it doesn’t.

No they’re not. They are good at infiltrating institutions.

Thats what we need to get better at.

We do need to get better at it, and it looks like we made some inroads in the recent election at the local levels at least.

A few weeks ago a pede made a huge post that listed all the small victories we've won this year...it should have been stickied for much longer than it was. It was like kryptonite for rock-ribbed doomers.

Come next November we need so many pedes registered as poll watchers that there would be a line out the registration building...and when the pipes burst and the sparks fly and the room is on fire and the power goes out...they need to handcuff themselves to the ballot boxes and say "I'm not fuckin' leaving!!!"

fighting hate = silencing anyone opposing lgbt for any reason

I told her too, before she ever created an account, to stay away. It's an EVIL company

I mean it's better 🤣

I won't let my son get an Occulus, because it was bought by FB.

Yeah my mom is a Facebook addict but she is 100% unable to use her laptop I bought her.

Jokes on her she's only spending those 3 hours being part of the problem, then lying to herself that she's the good guy.

Jokes on both of them, I spend 0 hours a day on facebook.

I spread my hate in person.

"I did that" stickers at gas stations.

What do you consider "hate"? Speech that you disagree with?

Apparently they can beat us at Elections. All they need is one precinct.

They have more than that. They have a massive propaganda machine, they are embedded in all the institutions that could have done anything about it.

I spend 12 hours a day making money. No wonder these democrat bitches are so poor.

This is why we don’t own the institutions. We focus on working and raising families, they focus on the long term goals of the party and grow old childless and alone. You’d think there’d be a sunset to this but thanks to owning the education institutions, they can crank out more of themselves.

True, but I avoided their idiot factories by putting my kids in private school.

I feel that the biggest problem is their stranglehold over the media. If we had an honest media that reported what was actually going on, parents would be outraged at what is going on in the schools and would demand immediate change. You've seen some of this slowly happening over the last year or two because of COVID. Some parents are upset because of the stupid mask and attendance rules that have really messed up kids. Others became aware of how bad the schools are when they saw what their kids were learning online. If we can fix the media, we will start turning the ship around. It's going to take a long time.

To fully get rid of them, we need a generation of based kids that as a group won't put up with their bullshit. Not sure if we will see it before I'm an old man. I think we are where the hippies were in 1965...we want to completely change our society but we have to tear down the one that exists. It took the hippies 43 years to get their first communist president. I hope we can restore our country back to a based nation in less time than that.

Amazing how insufferable these spinsters grow to become when you remove family and God from their lives.

I have been at this site for years, and the_donald before it, and I know this:

WE DO NOT SPREAD HATE !

“Hate” doesn’t mean hate. It means anything that goes against todays communist dogma.

She’s a zealot. There’s no reaching her type.

Jokes on her, I spend three minutes a day trolling

Imagine spending your time screaming into the void.

Whatever they try to do, we are more resilient.

Now, if we can just get that effort into political offices

Well, so far they are beating the shit out of us on election fraud.

Jokes on her I spend 1 minute copypasta'ing memes from here and watching people like her spend the day having meltdowns.

Please let them continue doing this. This is how we win the meme war. They spend hours trying to "deboonk" memes that took us minutes to create and share. And in the end, all they did was bring attention to whichever meme they tried to deboonk. The normies watching are getting seeds of freedom planted in their brains, and these morons are giving us free exposure.

What a smug bitch

They're pretty good at genocides, sadly.

Joke's on both of them - I never use Facebook.

Translation: "I'm addicted to facebook and have no life. But I justify it by dressing my political views as a service to the world".

Hate of idiots and communists is a healthy reaction.

She spends 3 hours a day arguing with bots.

They have us on degeneracy.

I spend 0 hours a day on Facebook because I have a life.

Being in control of every institution

They’re probably both lefties. So no, they can’t beat us. They can’t even beat themselves.

The game is rigged either way. The only way you win is by not playing at all. Delete Facebook. People who cant remember your birthday without an app, or arent willing to call you to catch up, arent worth your time.

More likely, she's creating or cementing "hate" by pissing people off by shutting down conversation.

I truly wonder if she believes she somehow changed people's hearts with her actions.

Generally, one hates something because something they cherish is being attacked or destroyed; hatred generally is correlated to love of something. So, does that mean these leftist... ah-hem, "commie" loons are loveless? Yes, yes it does.