TheDonald
Communities Topics Log In Sign Up
Sign In
Hot
All Posts
Settings
Win uses cookies, which are essential for the site to function. We don't want your data, nor do we share it with anyone. I accept.
DEFAULT COMMUNITIES • All General AskWin Funny Technology Animals Sports Gaming DIY Health Positive Privacy
1800 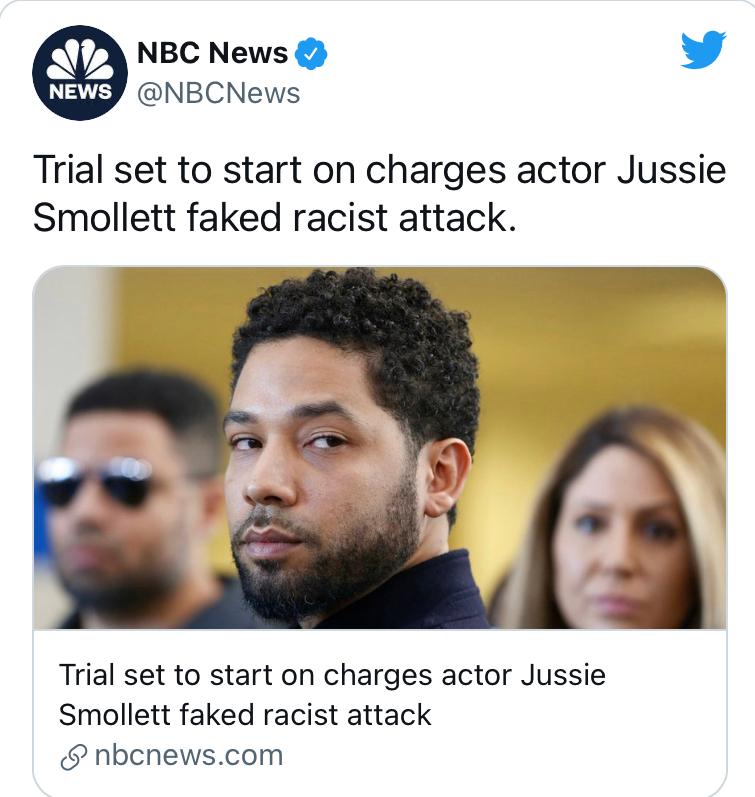 Senator Kamala was pushing an anti lynching bill at the time. Just coincidence I am sure

THIS is what I want looked into.

Along with that bitch Robin Roberts, too.

Coincidentally... Kamala and Jussie have been to the same protests. Pretty cool they're in photo ops together.

Yep. Also -- Kim Foxx, the prosecutor that dropped the original charges against Juicy, did so at the behest of Big Mike's Chief of Staff Tina Tchen. Foxx is also connected to Kamala. Foxx ALSO hired Michael Bromwich as her legal counsel afterwards. Michael Bromwich was one of Dr. Blatant Fraud's lawyers in the fake allegations against Brett Kavanaugh. Finally, Juicy's sisters both worked for Barry.

This entire hoax was deliberately orchestrated to by Barry and the Lawfare crowd and Kamala to catapult her presidential campaign, and it blew up in their faces because Juicy fucked everything up.

Remind me how many actual lynchings have taken place in the US in the past decade or 2?

Citizen! What have we taught you about NewSpeak? The word lynching means what the State says it means.

That bill changed the meaning of the word to include any bodily injury on the basis of perceived race, color, religion or nationality. Any bodily injury.

The Justice for Victims of Lynching Act of 2018 passed the Senate after all the kerfuffle with Jussie Smollet. It died in the House.

Rebranded as the Emmett Till Antilynching Act, it passed the House 410-4. Senator Rand Paul held it up saying that "this bill would cheapen the meaning of lynching by defining it so broadly as to include a minor bruise or abrasion". He is correct. He suggested changing the language to have it use the "serious bodily injury standard". Which is still too broad. But we live in Clown World, so...

"Why does Rand Paul hate Emmett Till?"

There were quite a few recently in the NE but the victims weren't black and the assailants not white.

So few stats aren't kept for over 50 years: https://www.statista.com/statistics/1175147/lynching-by-race-state-and-race/

Kind of surprised it's so few, even back then... but perhaps accurate stats weren't kept back then.

Nice find. I'd almost bet the statistics were more accurate then than they are now, given how inaccurate the Covid numbers have been.

From what I recall, that push came to an end as soon as the hoax was discovered. It was like they never heard of a lynching after Jussie faked his.

Also a lady named Tina Chen. She was some staffer for the Obamas was instrumental in the cover up.

Who else was involved?

Me: (Uses other arm to hold up the other higher)

This was more than attempt to sway presidential election.

They repeatedly tried and failed to pass a federal lynching law.

Jussie incident happened at the same time the lynching law was being tried once again to pass in Congress. This time, on the fervor of Jussie, it passed through Congress.

This may simply have been a paid acting gig.

Hey Mr. Kotter, I'm not supposed to be here. I got a note from my mother. Here...

Bet they find him innocent simply because he's a black faggot.

nah, he'll be guilty and have to pay some amount of money that will be donated to him. He'll be back in gay bars in no time though.

Yes, somewhere there is a photo of Juicy at kamela's announcement to run for prez...

somewhere there is a photo of Juicy at Ed Buck’s condo, I’d bet

Kameltoe and the faggot with a gimp eye, oh yeah booker

Who else am I missing?

Obama fren Kim Foxx who STILL has her job.

If only it were televised... so people can see his attackers were black.

Was an attempt to trigger a race war too, but even black folks saw right through that faggot's facade.

The Obama's all day long.

He's had his eye on that ass since the mighty ducks.

Knees Harris is straight up in it.

PEOPLE COULD HAVE DIED.

It is impossible to overstate this one...this butt licker deserves to BURN!

They tried Jussie, then the jogger, but it was Floyd who came through for them in the end

Remember when they wouldn't even call it a hoax, running with it until he knotted the rope he tied around his neck, dude needs to be buried alive for continuing the race war.

Prison would be heaven for Jizzie Smallbutt. Watching studs lift weights, 3 hots and a cot, Judge Judy on the rec room TV, the best drugs and of course...buttsecks in the shower.

Let's also remember that the sociopaths who defended this were like, "It may not have actually happened hurrrrrrrr . . . but it started a dialogue because durrrrrrrrr."

Why would he let this go to trial rather than taking a plea deal? The evidence against him seems pretty substantial.

To bad the death penalty isn't an option.

He is the trifecta of protected classes: black, gay, and jewish. I'm surprised this is even going to trial.

There’s no way this guy gets convicted in today’s climate in a Chicago court...

When is Media going to call the ACTOR racist and not just the failed hoax ?

I think he's just an idiot who wanted attention, but because of how they're all connected he had a bunch of people including Obama and the corrupt DA running defense for him.

Dang! Could they delay and slow walk this any longer???

You might have a commie judge that will say it's not relevant that he spoke with Kamala and Booker about a lynching bill, and possibly recruited Smoliet for this scheme.

One could hope they have any communications Kamala sent, but the DoJ wouldn't allow that.