TheDonald
Communities Topics Log In Sign Up
Sign In
Hot
All Posts
Settings
Win uses cookies, which are essential for the site to function. We don't want your data, nor do we share it with anyone. I accept.
DEFAULT COMMUNITIES • All General AskWin Funny Technology Animals Sports Gaming DIY Health Positive Privacy
1159 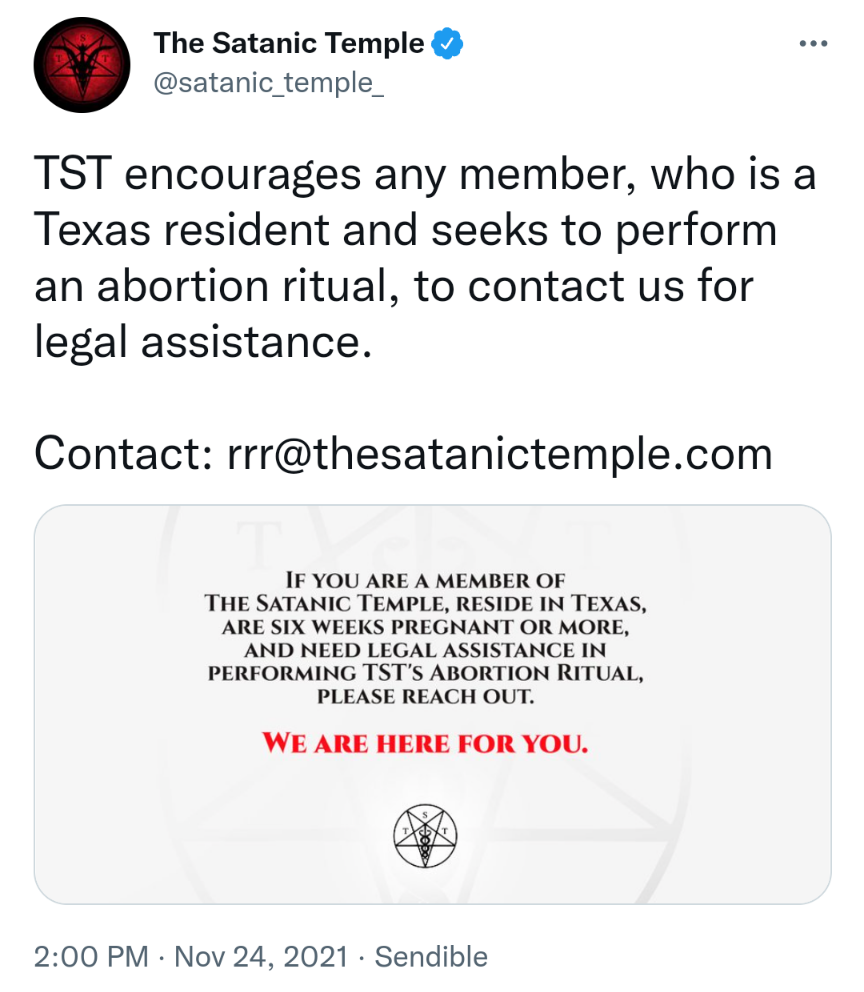 Like the poor puppies with their vocal cords cut. Same people.

i believe the adrenochrome and baby eating and sacrificing but i have never heard of screwflies. that one sounds like something added to contaminate the allegations and make us all look crazy because the other batshit crazy stuff involving pedos/ritual sacrifice of children and babies is actually real.

You stand witness to some high level humor my guy.

woah woah woah cool it with the antisemitism

Satanists. That’s what Planned Parenthood has always been

Something called “the satanic temple” is welcome on twatter, but they choose to cancel the duly elected president of the United States of America.

People have been talking about Satanic rituals being done in abortion clinics for a long time. I recall there's a guy who was once a Satanic high priest or something and eventually converted to Catholicism and would talk about it and how much of what they do is an inversion of Catholic rituals.

Interestingly not so different from wokism and the cultural Marxist movement. All they do is invert and tear down. They’re incapable of producing anything valuable on their own.

The gameplan to have a civilization collapse in on itself is to guide it into replicating Sodom and Gomorrah.

That is what Cultural Marxism does. Communism then comes along and strips a nation and her people of all their wealth.

This is the Globalist plan.

This is a summation of why this whole American experiment was never going to work long term.

When a handful of people in black robes can decide for an entire country that murder is fine as long as it takes place inside another person, your country is done.

There is no religious exemption for murder, but because some absolute demons decided that babies were a treatable medical condition instead of people, we're now having a conversation about the Church of Satan being allowed to express their religion through murder.

American freedom was founded on duty. That's why we succeeded so well. Now we've adopted the French falsehood of licentious freedom and that is why we are being destroyed.

I don't ascribe to your whites-only mentality, but I do think the country operated better when only land owners could vote, and there was only one vote per family..

I would counter by saying that that wasn't really a motivating principle of the French Revolution. That's easily discernable by how they treated those they fought after the conflict.

The French Revolutionaries had far more in common with the communists than American revolutionaries. They had weeks and weeks of constant executions. They murdered any member of the royal families they could get their hands on, seized all land owned by the Church, executed clergy and faithful.. . Of you weren't part of the revolution you were the enemy.

Really, about the only thing the French and American revolutions have in common is that they were against a monarch.

The key to this, is it always has been, that's why planned parenthood is supported by the Dems, as long as they are churning out the sacrifices for Satan they stay in power

Can we start killing these fucks in Minecraft already? Jfc

That acct has a blue checkmark. Disgusting!!!!

And this is why I think we are rapidly approaching the End.

Based on context from Revelation, the Mark of the Beast is most likely the assent to worship of the anti-Christ. We have the Satanic Temple openly promoting murder and ritual sacrifice, and instead of finding these people and locking them up, much of our society celebrates them as heroes.

Out society at large is embracing the greatest source of evil like an only friend. They are primed and ready to accept a false messiah. Throw in a couple of fake miracles and some smooth talking and you've got yourself the new cult of the Anti-Christ.

This is actually unbelievably bizarre. Feels like we're headed back to the first century, or even farther back.

One of the local leftists I know donated to a fundraiser for these devil worshippers. There were a lot of other leftists donating as well, even posting shit like "hail Satan" in the comments. Leftists love evil.

They don't even try to hide it anymore.

Imagine being at the pearly gates begging for jesus to let you in because you were a good person after you went to the church of satan to help kill your unborn baby.

I feel like that's the watered down version of it

Yes, but obviously not the case I was talking about. I was juxtaposing it with the athiest philanthropist or cookie baking grandma baffled that they are still going to hell. Satan sponsored abortion is so far away from that "gray" I cant help but find humor in the traditional "faith not works" struggle.

Just imagine the power you will feel and embrace, better than sex.

Posted Thanksgiving eve and they didn’t even have the decency to say happy thanksgiving. That’s a red flag for me

I've never even heard of this wacky shit in California, but Texas is in the lead again. I guess transvestite story time just wasn't cutting it.

These fags will get their comeuppance. At least you KNOW they're going to hell.

This is... weird. The Satanic Temple is an offshoot of LaVeyan Satanism, and both at their core are atheistic institutions, which makes the title of this post outright wrong. I have a post a while back where I detail some general differences between LaVeyan and Temple Satanism.

However, that's not my point here. Don't get hung up on the "Satan" element, because that's meaningless here. The people running that Twatter account, if they are true Temple Satanists, are atheists. Instead, focus on the fact they are calling abortion a "ritual," and trying to treat it as a religious right despite not believing there is even a higher power to believe in. That's what strikes me as weird, because they are providing a false representation of what they believe in, by the looks of it.

For a "quick rundown" on the beliefs of the two primary Satanic religions (LaVeyan and Temple), they don't believe in higher powers, but do believe in magic. They believe science will one day be able to explain and measure "magic." The key difference between the two is LaVeyan Satanists are pretty much bound by tenet to be individualistic, and Temple Satanists are bound by tenet to be communal (so they are the Marxists of the Satanist world). In short, these aren't the Satanists you see in horror movies.

To anyone who want an abortion, time to take a road trip. Don't do it yourself.

Killing is bad, "vengeance is mine said the Lord", but man..... there're so many evil bastards who deserve a lot of lead redemption.

I thought this was fake wow..