TheDonald
Communities Topics Log In Sign Up
Sign In
Hot
All Posts
Settings
Win uses cookies, which are essential for the site to function. We don't want your data, nor do we share it with anyone. I accept.
DEFAULT COMMUNITIES • All General AskWin Funny Technology Animals Sports Gaming DIY Health Positive Privacy
720 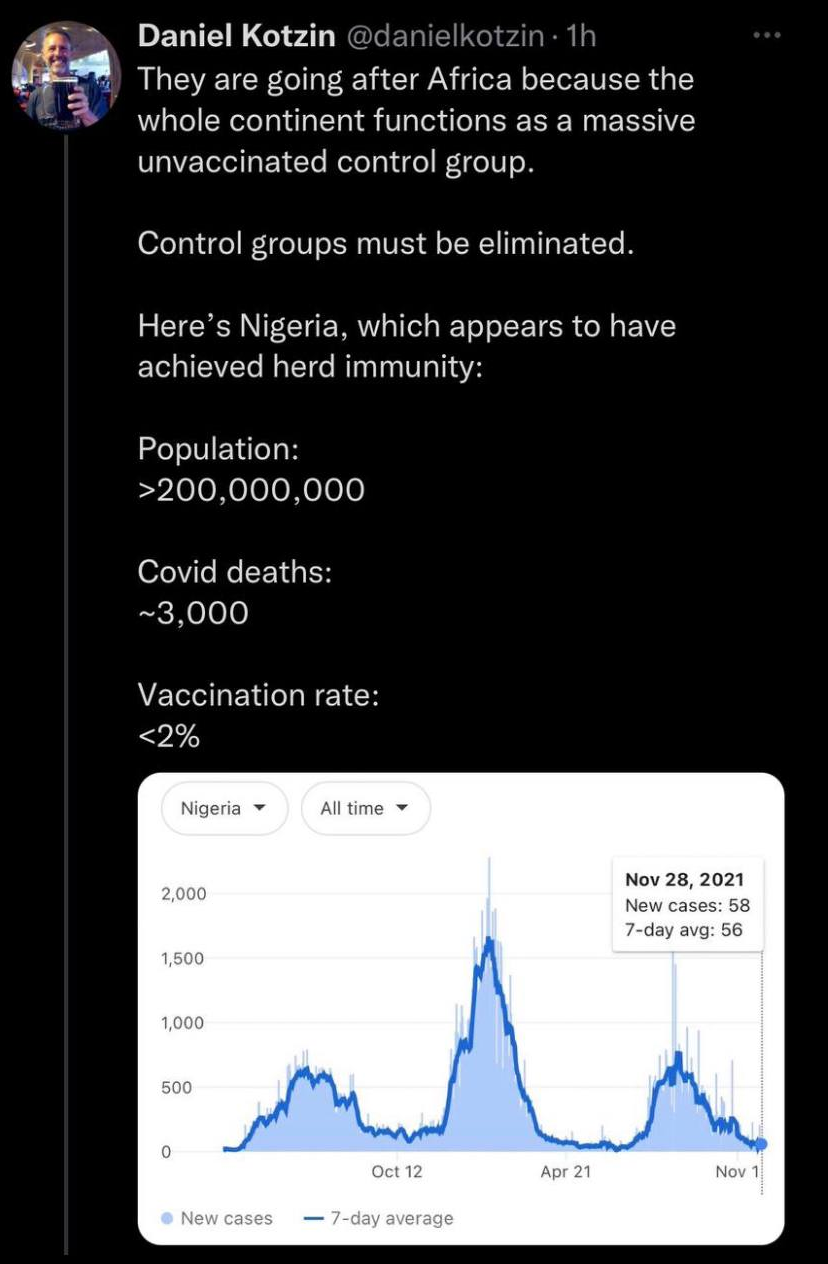 They can't afford a control group.

Yep Africa uses invermectin and/or HCQ pretty much on a daily basis.

They are the living proof of these drugs effectiveness, THAT is why they want to vax the hell out of them.

Remember how many African and other Black nation's leaders were killed because they refused?

Haitian President Jovenel Moise was assassinated and joins these African heads of states who were eliminated because they wanted to expose the COVID criminal conspiracy:

John Magufuli was the one who sent motor oil, papaya, and goat to his countries testing laboratory of which some of that tested positive for covid so he sacked the head of labs.

It was Magufuli who revealed the carrot/stick aspect - if he agreed to come on board the big Vax bus, the IMF would loan/give his country several billion dollars.

But if he agreed, it came with a lethal non-disclosure clause. He turned them down, and then died of 'pneumonia'.

The only difference between the fate of these guys and Lukashenko is that Lukashenko could trust his security detail. They offered him the same bribe.

Why is Fauci pushing so hard to vaccinate kids and babies?

This is why. Same reason he chose to vaccinate his 3-year control group after 6 months.

Well they want to kill as many as possible and adults are getting pretty antsy.

So my guess is a focus group showed that young mothers were a trusting bunch, "believing in the science" and therefore easy prey and here we are.

Most of society has abandoned their natural defense mechanisms of common sense and history. The success of injecting so many people with a potentially deadly drug for a disease that poses little risk is actually still surprising to me. I knew mil is like “have to follow orders, no choice” and a degree of unquestioned obedience is expected , but disappointed in the civilian world and grown men

Not one of my acquaintance thought twice about getting this vax. Not one of them did any research, questioned anything, wondered aloud if it was necessary, if it was safe.

I offered everyone in my family a thousand dollars each not to take the shot, they just laughed, told me I was silly and got the shots. I now sit on the sidelines and wait to see how many of them succumb to this horror.

That was good of you, you tried. I am just keeping the little ones from getting the shots. Save the children

I feel I failed, but I wish you every success !!!

Took my car into the dealership today to get the transmission fluid replaced, because there are special tools needed to do so. They had the local news on the TV in the waiting room. They kept going over the "Midterms variant" more often than the local weather, and during one segment the anchor actually said the whole world needed to be vaccinated before this clown show ends.

They can "go after" Africa all they want. But what can they do about it? Nothing as far as I can see. I can see them trying to bribe some dictator to jab his populace, but then I see said dictator collecting the bribe while the vaccines rot unused in some delipidated warehouse.

Bill Gates and his elite liberals and Jews all hate black people. they use blacks as their tools and then eliminate them after.

And some people think that Africa isn't good for anything...

Not just that, Africa alone exceeds their 500 mil pop target.

Poor people and countries couldn't really socially distance or do all the ridiculous shit we do. They have to go out and be among others daily and yet being outdoors, being young (Africa has a relatively very low life expectancy usually in the 50s) getting sunlight and having access to anti malaria medication made this milder than many flu years and certainly less bad than malaria which in the last decade has killed close to 100k per year some years in Nigeria.