TheDonald
Communities Topics Log In Sign Up
Sign In
Hot
All Posts
Settings
Win uses cookies, which are essential for the site to function. We don't want your data, nor do we share it with anyone. I accept.
DEFAULT COMMUNITIES • All General AskWin Funny Technology Animals Sports Gaming DIY Health Positive Privacy
1095 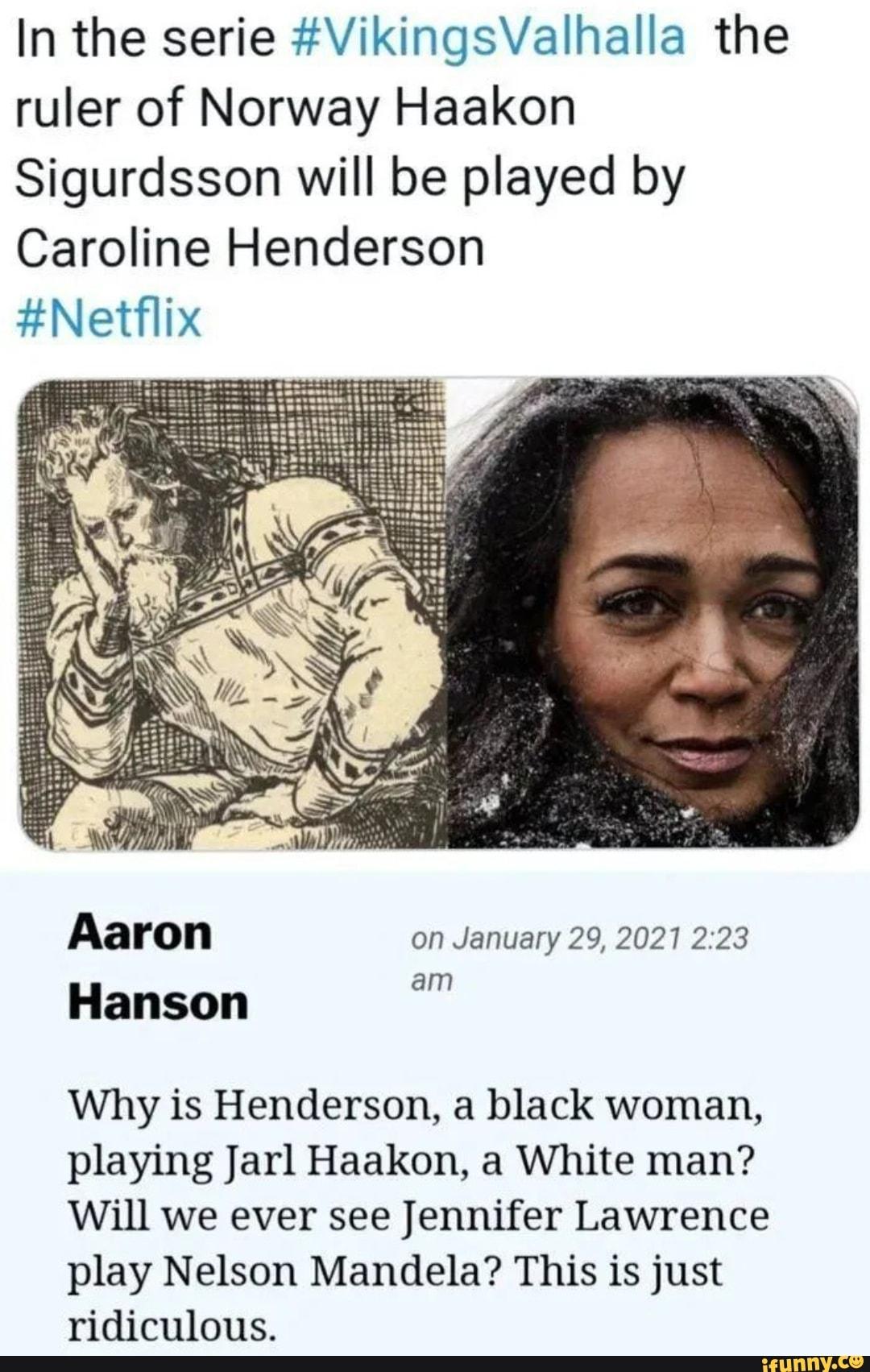 this is how black people accomplish things in history?

By stealing it lol

BUT SHE WAS THE KANGZ of the VIKANGZ

Hey, the organization shows some level of thought, at least. /sigh

I see a trend…

Blacks are not the architects of this scheme, they are just the components used to make it work.

very true. the Jewish 'elite class' is almost always responsible for this shit. they have proven that thru history.

they are just the components used to make it work.

I like to say they're the symptom of the disease.

I said the same thing when the Hamilton Broadway show was getting circle jerked constantly.

Same way you make an Iraqi pilot, they really just want to take a picture with the helicopter to show their friends and play pretend men.

Since when the fuck was netflix history? Or any currently made movie? Is that how you study history? By watching movies?

I was in archaeology field and it actually does significantly impact society’s views. It is why I fucking hate Ancient Aliens.

Their low IQ clients will.

Just because we don't want history influenced by media, doesn't mean it's not.

The pageant is a cultural form of passing on crude history. That’s what Christmas nativities and war re-enactments and thanksgiving plays are.

Story is how you pass down history to the masses. Not history books and dates and dry documentaries that reduce great men to words on a page. Stories bring history to life by being human.

Stories, film, and plays are cultural artifacts that keep the foundations strong. They don’t need to be perfect iterations to be useful for cultural foundations.

The hypocrisy is that you can't do the same as a white person. If you dared play a white MLK, they'd lose their shit. If you wear any of their traditional garb, it's appropriation. Yet they have zero problems with fucking with our history and our traditions. Black and/or female Santa clause is bullshit too. Santa comes from Northern European tradition. Santa is a fat white man and always will be.

So you're saying it's black fragility?! You bigot!

More BBC dog shit no one will watch. They only get attention for this crap with the outrage mob. It works I see

this is netflix and historyc channel

and is us of a it will be on history channel

Just to clarify something about Jennifer Lawrence. She is a BLM supporting woke social justice warrior. So, YES, she might someday play Nelson Mandela.

When the Vikings were sailing the seas and discovering new lands, the native Africans were banging rocks together and eating each other. Fucking please.

Or maybe Wakanda. (it's not)

Started with Heimdal the palest of all gods lol.

Mansa Musa was African and possibly adjusted for inflation, the richest man ever.

Hollywood has many opportunities to tell this story and that of other great Africans, instead they skin swap.

The skin swap is actually hurtful to Africans and promotes the idea that they had no culture and did not impact human history when the opposite is true.

Almost makes a case that real racists are in charge, except never explain by conspiracy what can be more easily explained by stupidity.

This reminds me of the idiocy we saw (if you have young children or grandchildren) with Frozen 2.

In this second really wretched cartoon take on the Norse legendary Ice Queen (she used to steal children, take them in her sleigh to her kingdom, and freeze them to death) it turns out that the country, sort of a Denmark/Iceland was actually settled by brown people. Who knew??

And that the very mean, super awful ancestral white people banished them to some caves and burrows long ago. Ah, but the Ice Queen and her sister repent of this historically impossible landgrab and make room for the multitudes of brown people and there are a LOT of them.

I think what we are seeing here is Ice Queen mission creep. Now everywhere, forever has to have had brown/black people, in this case in key historical and male leadership positions.

Why? Just 'cuse. Hope it bombs.

Does this mean my Viking heritage qualifies me for a black privilege pass?

Turn that shit off.

Mel Gibson should direct and star in a MLK movie. Pretty sure Twitter and Reddit would implode.

They = Jews. Don't EVER forget that.

your a faggot identity politics idiot!

just like the sjws you are worshipping critical race theory! see ya later faggot

as a jew i do respect and feel sympathy for anne frank.

but i start to hate her. not her perse but what she stands for to the left! her father is a coward, she hid, yes she was a 9 year old or something a girl she did nothing

but the men surounding her shou;d have never let her hide! should have FOUGHT!

but the left celebrates cowardice!

i will not cower and hide. i donbt have kids yet. but let these filthy govenrments touch my sisters kids. and i will reign hell ready to die! but taking as many of them with me

so yes i dont care who plays anne frank! let a black tranny play her the one from orange is the new black

I used to think it was farfetched when people said "they are laughing at us." But, now it's clear as fucking day. This is psychological warfare, and they are preying on the fact that, much as they paint us as violent, hood-wearing, genocidal idiots, we're actually the opposite, too fucking polite to effect any real change.

If Netflix decided to erode "black history" (and I use the term loosely because I don't even know what's real and what isn't anymore), their execs' homes would be found and burglarized without pause.

Rules for Radicals was correct. We ought to give the devil his due--both figuratively and literally.

i laugh back at it and wont watch it

watched years back season 1 of the original vikings show! did check in for season finale. but yeah all we can do is laugh

i see they wokified wheel of time! amazon just super wokified that without understanding what it is about

In case anyone was curious, this is on Netflix. And the issue is that people are stupid enough to believe their entertainment is actual history. If you Google it, it says it's fiction.

"because she was the best person for the role"

The sad thing is in the idiocracy of our society how many of the morons will take anything they see as truth. There are people that think Wakanda is a real place....

Is she going to be responsible for the white supremacists rape and pillage?

YOu're probably right. She will crack the whip and they will obey. Gentler, kinder Viking raiders...

A fairer comparison would be to a black historical figure who isn’t primarily famous for being associated with racial issues, like umm….. idk, Stevie Wonder? Mansa Musa?

Next on Netflix, La'Quisha Williams portrays Anne Frank in: Attic the Musical.

Which is it? Is white history reprehensible to the point it needs to be erased, or is it something so impressive and interesting other races must appropriate it?

As usual, leftists want their cake and eat it too. As well as your cake, my cake, and everybody else's cake...while complaining about the unjust and oppressive cake everyone made the entire time of course.

We wuz viking kangz and shhhiiiettttt

They think they can inspire black kids to care about history and stuff, but they are wrong. Different genetics, different interests. From my observations they prefer to do things that you can whistle or sing to, throw and run. Why are they being racist and trying to force different cultures upon them?

No shit my history. This is literally my family they're recasting. I'm descended from his aunt, which makes Jarl Haakon my first cousin, 40 times removed. I'm starting to take this personally.