TheDonald
Communities Topics Log In Sign Up
Sign In
Hot
All Posts
Settings
Win uses cookies, which are essential for the site to function. We don't want your data, nor do we share it with anyone. I accept.
DEFAULT COMMUNITIES • All General AskWin Funny Technology Animals Sports Gaming DIY Health Positive Privacy
1792 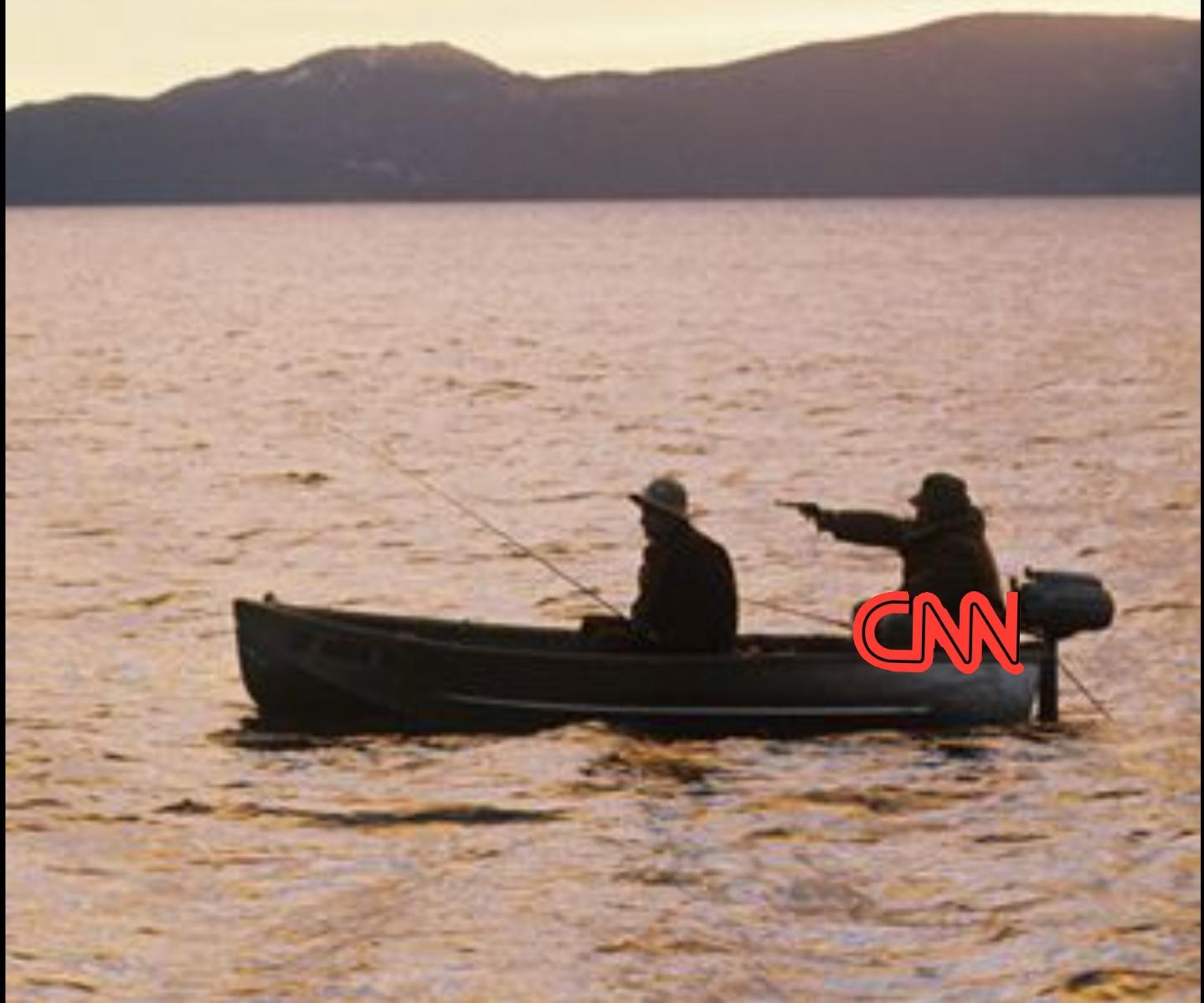 Fredo: "It ain't the way I wanted it! I can handle things! I'm smart! Not like everybody says. Like dumb. I'm smart and I want respect!"

Sorry, Fredo. You sleep with the fishes.

Wait, that "I'm smart" line is from this Godfather movie? Man, I've got to start looking these things up, I'm learning all kinds of things today.

In the last few days on .win, I’ve learned why there are roadsigns that say “No Brake Pumping”, and I learned all about the evolution of pay phone technology. Oh, and of course I also learned that the Dems are low life commies!

Many large trucks use engine brakes- a common type in older models is extremely loud, so some towns put up signs of various verbiage making use of these breaks illegal in residential areas.

I remember when I was 7 yrs old at a drive-in movie my parents took us to. They had left to go to the bathroom or concession stand when the trailer for The Godfather came on and I was left alone in the car to watch it by myself. It looked dark, creepy and a bit strange to me as a child, but my folks were taking us to see a John Wayne movie, so I wasn't expecting to see Disney trailers. LOL

Say the "Hail Mary" before casting your line!

CNN: What are these crumbs on your shoulder?

I'd rather be hanged

I'm Smart And I Want Respect!

I knew it was you.

Is this picture from a movie?

Yeah I am uncultured swine

In novel and film The Godfather 2, the character Fredo is the slightly dumb, total loser, older brother of Michael Corleone, the titular Godfather of a mafia family. Fredo has secretly been talking to an enemy family, and Michael blames Fredo for revealing Michael's location, resulting in an assassination attempt. At a NYD party, Michael gives Fredo the kiss of death and tells his shocked brother he (Fredo) broke his (Michael's) heart. After their mother dies, Michael has his bodyguard go fishing with Fredo, and shoot him in the back of the head.

Someone called Chris Cuomo "Fredo" a few years ago, which enraged him because (a) his family is Italian so he got the reference, and (b) it's an obvious parallel since Andrew Cuomo is (was) the successful, high achieving governor of NY, whereas Chris was just a loser talking head who professionally told lies for CNN. Now CNN has gotten rid of Fredo just like in the movie. Well, sort of.

This makes the meme absolutely hilarious. I knew the Fredo reference but I haven’t seen The Godfather movies tbh

Ooh. At last I understand the Fredo reference. I never bothered to look it up, it's very kind of you to explain. Thanks!

I been edumacated. Fucking hilarious. 🤣

The Godfather series it's kind of worth watching a few times.

It's the fucking Godfather man.

Thanks, sorry for my retardation. Sometimes I wonder if I should be wearing a helmet to bed.

If you haven’t seen both The Godfather movies, you need to buy them and watch them over and over. Will make you want the Mafia running the USA.

And give you an appetite for cannoli.

It's all good brother. That's Fredo Corleone being shot in the head.

Thanks fren. I never saw it

Parts 1 and 2 are classics. Part 3 is garbage though. Worth watching once to see how it plays out but they really fucked it up.

What's the over/under on the numbers of days before he's rehired?

I think he's done. CNN's own report savaged him. They're only saying suspended and not fired so he can save face (and them money) by resigning.

With his brother no longer governor, they can't play to get the pay. Imagine what Andrew Cuomo did for CNN as governor, for employing his brother. Andrew takes office in 2011, Fredo joins CNN in 2013. Both shitcanned in 2021. Imagine what CNN also did to appease Cuomo. Just trading favors back and forth.

We've already seen plenty of it when it comes to coverage of Andrew on CNN, and all the leeway given to Fredo to do whatever he wants. But how much don't we know that they buried. How long did they sit on the story of Andrew's sexual assaults, likely years. How many tax breaks has CNN been given. How many city related favors has Andrew given CNN. Bet it's a fucking lot.

Fredo's fate was sealed once Andrew got kicked out, this is just their excuse, which they didn't have to dig hard for, because they know he was always up to dirty shit. In fact, he was doing it with their approval. That was his purpose at CNN, to be an attack dog to run cover for the left and his brother. They could have hired a private investigator. But why would they when Andrew has Fredo at CNN? That tells us it was their go-to way of dealing with things.

How many times did he take it too far and went from journalist to direct intimidator, using CNN resources to shift narratives and bury stories. Probably plenty. I bet he was the one to squash the first whispers of sexual assault, again, using CNN resources.

The irony is that Andrew Cuomo isn't even really a victim of himself, he was only fired because Biden owed favors and someone else wanted his position, so Cuomo was just collateral damage.

Exactly. It's all mafia-type trading favours. They're all fucking dirty to the core.

the over privileged and self entitled WOP got the corporate version of a horse head in the bed.

Bonehead...it was a jew movie producer that got the horse head FROM the Italians.

Jack Woltz was the name of the producer. His faux biography says "Woltz was a Jewish movie producer..."

Tidbit... the horse's head was REAL.. from a dog food factory. Painted to match the horse seen earlier in the film.

Is this from a movie?

I was surprised anyone didn't know this reference, much less more than one person.

Here ya go - linking instead of copying and pasting from above:

Just one of the all time best

My meme or the movie?

"Ah, seeing you reminds me of New York. The old days, huh?"

Poor Fredo. (The movie one)

This is overload bliss.

Look at the flowers

heart is an anagram of earth.

Even though CNN is proactively firing some of their talking heads in preparation for the libel suit. I hope this does nothing in the way of reducing damages they owed to Rittenhouse

I doubt it. They haven't made any official statements to disavow it or apologize for it.

Someone needs to make some deepfakes with Anderson Cooper and Don Lemon as Al Pacino in the kiss of death scene.

I get that reference.

They eat their own we all see time and time again what these libtards do to our side. Never bend the knee never apoligize don't negotiate with terrorists.

Such a great scene

My Christmas wish is Donald Trump jr. Tweeting this meme of mine

I just would like to see Cuomo's face as he stumbles upon it lol.

Really more like some fucked up circular firing squad.

Anyone that sees Fredo Cuomo in public, just start blasting the Godfather theme from your phone at him while smiling.

Where in the constitution does it say protests have to be peaceful??

In the book Fredo was also a fag.

“We’re gonna need a bigger boat” and go back and get his brother!

Funny thing is Fredo lashed out on his show by saying Omicron variant was being over hyped by the media right before he got let go. I knew something was up when he attacked big pharma.

Leave it wherever just get it out of Hot, its fucking stupid.

It's not stupid, it's brilliant. Maybe you didn't get the reference or maybe you didn't follow the earlier incident in the news where Chris Cuomo threw a tantrum on being called Fredo, basically guaranteeing that everybody would call him that from that time on.

I appreciate the compliment. I cracked myself up when I posted it