TheDonald
Communities Topics Log In Sign Up
Sign In
Hot
All Posts
Settings
Win uses cookies, which are essential for the site to function. We don't want your data, nor do we share it with anyone. I accept.
DEFAULT COMMUNITIES • All General AskWin Funny Technology Animals Sports Gaming DIY Health Positive Privacy
1643 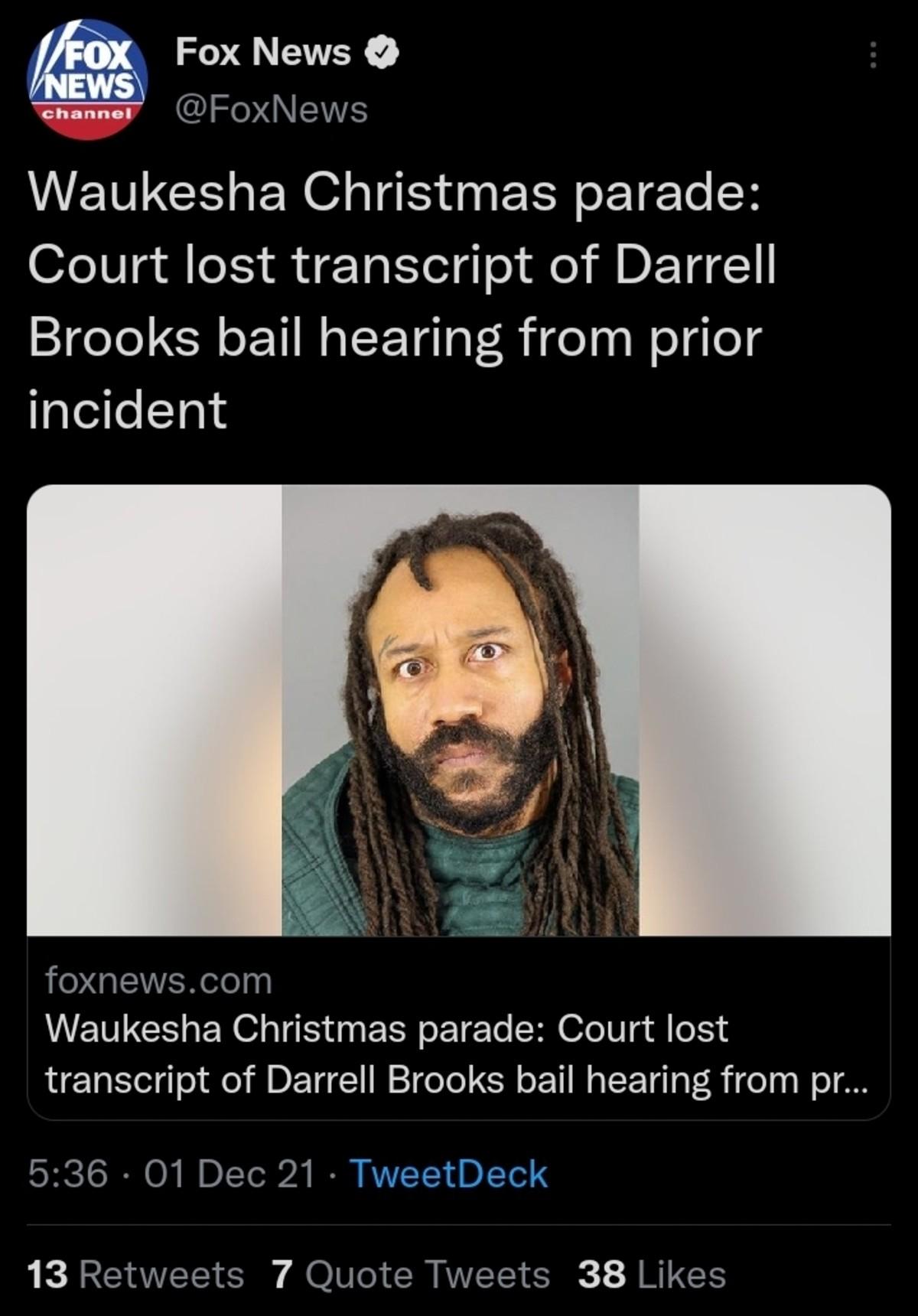 He looks so much like AOC in that one picture here.

It's the idiot communist eyes glaring

Came here to say he looks like AOC brother

Came here to say this.

Like Brian Stelter's voice, I only see AOC in that pic.

Of fucking course they did.

Yup, I'd be shocked if they didn't

Wheres the FBI raid on the officials involved? Ohh right theyre all making sure Jussie Bittpirate doesnt stub his toe on the way to court.

They fail upwards. Whoever lost it will surely get a bonus if not a promotion.

The FBI and law enforcement sure does lose things a lot.... But it only seems to happen when it's in favor for the democrat woke narrative or to protect the ruling elites......

Because the Judge and DA should be arrested.

AOC is that you?

Wow, they really have fucked with his skin tone. It looks weird.

I'm curious to know how many other court transcripts got lost or is his the only one?

the judge and DA know lawsuits are inevitable!

Did they "back it up" before they deleted it?

I would like to bet that there never even was a bail hearing.

I bet he was released and tasked to take out as many people as possible in the parade.

Hmmmmm,, I would call it malice

Does anyone else remember a time when so much evidence is lost for so many people of a certain political persuasion? I don't recall this happening before this, especially on the high profile cases.

The white boy who shot up a school yesterday is being charged with terrorisms and this piece of shit is not, fucking insane.

I don't believe there's any coincidences anymore. It's good vs evil. One side is pushing rewards for evil very hard and the voices of good are silenced, but they keep using platforms that silence and oppress them.

Maybe there wasn't a hearing. Just maybe he was hired to do what he did in exchange for "who knows what".

He gets convicted, then memory holed. Once people forget they transfer him out of jail pay him and send him to some forien country with a bag of money. Or just kill him quietly.

No. Court destroyed it.

When do incompetent people get fired

Could you imagine the LIVING FUCKING HELL the government would give you for loosing tax paper work, or a business expense receipt.

ok then fire every single person who ever touched that transcript. it will turn up.

Corpses are on the only solution. The sooner people accept this the sooner we can solve some problems.

The files must have been wiped, like with a cloth.

The judge they're protecting must be pretty well connected.

lol ya and jeffrey epstein killed himself

Not from their failures, but from the evil crimes including murder.

dude let it go....your receding hairline and those dreds are atrocious

Bullshit. There are always multiple copies of the transcripts made. Bare minimum is two, one from the court reporter and one from the clerk.

They didn't lose anything. They would've had to destroy both copies made from two different agencies in order for there to be no transcript of the hearing.

Then fucking FIND IT!

Welp, this will put people on the chopping block, now won't it???

They lost it? What, like losing your wiping cloth?

then re-hear it and create a new one, fkrs.

Lol nothing ever gets lost these days, try again you fucking felons.

No. The Court decided to destroy the evidence of their own incompetence, political bias, malfeasance and lunacy! I'm sick of the "losing things" excuse working. We ought to just start pointing out how often these fuckers are about to get caught and instead of handing over the evidence, they just conveniently "lose it". Wisconsin is so fn corrupt in every way and it started when they declared open season on Scott Walker supporters and did "no knock, warrantless" arrest on people just because they were Scott Walker supporters.

And another damn thing......I'm sick of all the barbie dolls on this site that spend all these effort trying to equate the Republican Party to the Democrat party in terms of screwing this country over. By far, it's been Democrats at fault. It's been Democrats that control education, media, hollyweird and all of that and don't give me some shit about Jews....cause most of their big mouths and money worshippers are all a bunch of a Democrats too. And it ain't "joggers" either because before they started all voting 98% for their former masters, they weren't this violent and screwed up either. It's DEMOCRATS that have done that ...

So in my opinions, if your brain is so pea sized that you can't figure out it's DEMOCRATs and the two people running the show right now, aren't either "joggers" or "tiny hat wearers" than grow up. Unfortunately, the two asshats in control of this total sinking ship that used to be a Great Nation are Fucking Retard, Baby Killing, Totally Corrupt and Rapcious Octagenarian Catholics - Joe Biden and Nancy Pelosi.......and neither of them are a joggers or Jews.

but hey, keep telling us the problem is the stupid Lynn De Roshtschilds imbecile or the CRT fat lard that bought a house. You want to know what the distraction is all your hyper "THAT"S A DISTRACTION" slogan repeating jerks out there...The distraction is giving a damn about the low life jogger and the big mouthed dumbass Jew and not seeing that the problem is the DEMOCRATS because it's always been the DEMOCRATS. hell, it was the Democrats Before Jefferson even named them the Democrats.

FBLie just needed that one thing in the room. Just coincidence that it went missing immediately after

Something about this is fishy... Maybe a false flag?