TheDonald
Communities Topics Log In Sign Up
Sign In
Hot
All Posts
Settings
Win uses cookies, which are essential for the site to function. We don't want your data, nor do we share it with anyone. I accept.
DEFAULT COMMUNITIES • All General AskWin Funny Technology Animals Sports Gaming DIY Health Positive Privacy
272 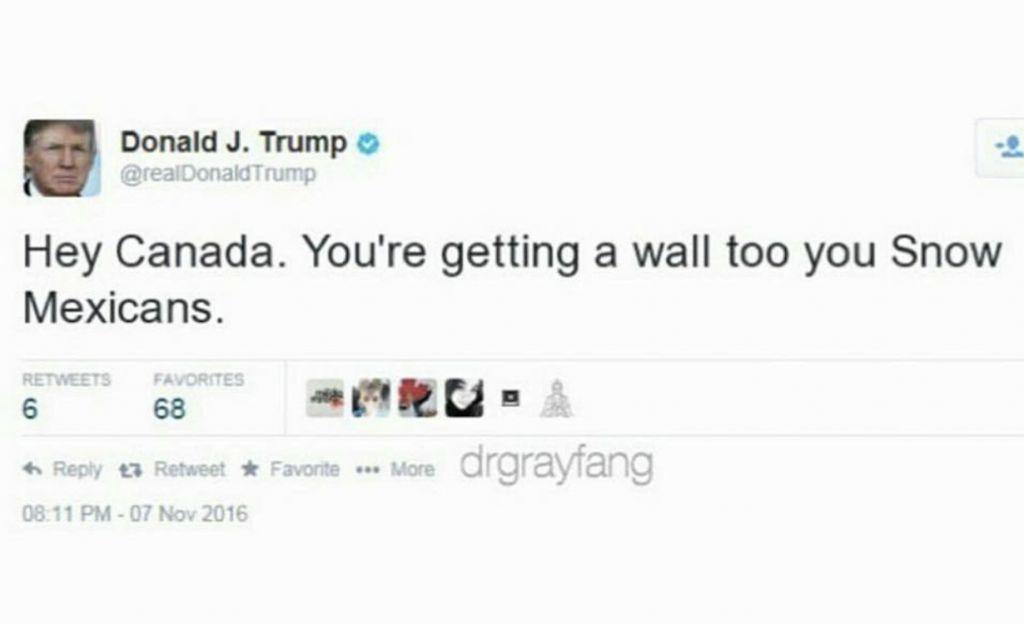 If you think America is in uncertain times, Canada could collapse any year now.

The federal government there has crushed the oil sands economy of Alberta, setting the western provinces to be a future rust belt.

The Lawrencian Compromise between Quebec and Ontario is set to be untenable any minute.

There is no legal mechanism to prevent a province from declaring independence or joining the USA, since Canada is a confederation and not a union and each province has much more autonomy than US states.

All that to say... we might actually need a wall, the hens are coming home to roost in Canada and their era of false security is going to come to an end.

I keep telling my wife that we should hop the border into Alaska now while the getting is good, but she says it won't work because we're white.

Maybe if we learn spanish and then pretend we can't speak english? Maybe we can pass for fair-skinned hispanics?

Your wife could call herself Hilaria.

ya i chuckled. And unlike most moronic leftists I've lived in canada, experience a bit of their healthcare and spent lots of time in other countries. They're all able to make and take jokes, why can't leftists?

You should focus on the southern wall first, friends. Last I checked the snowbacks haven't been invading your county by the hundreds of thousands

It just made me laugh is all 🤣

Next, upgrade the wall with automated machine-gun turrets