TheDonald
Communities Topics Log In Sign Up
Sign In
Hot
All Posts
Settings
Win uses cookies, which are essential for the site to function. We don't want your data, nor do we share it with anyone. I accept.
DEFAULT COMMUNITIES • All General AskWin Funny Technology Animals Sports Gaming DIY Health Positive Privacy
2695 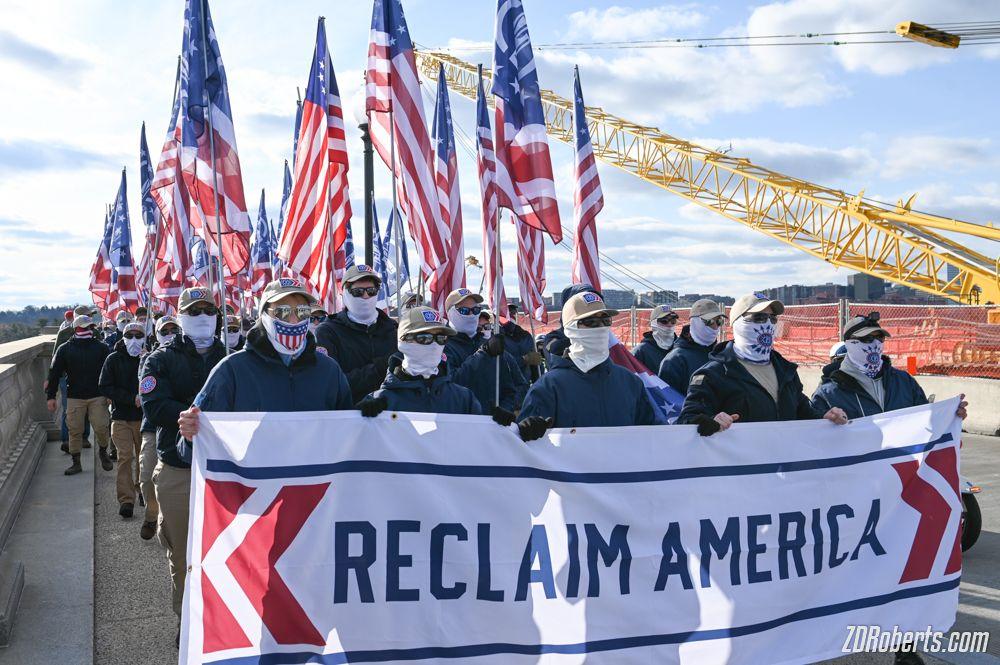 You keep saying "you", but you're here, too. So that indicates you've come here only to goad us into doing something by insulting us. But again, you're here, so are you included in all the derogatory rhetoric, or are you here on a mission?

Wearing masks is smart. I have no problem with taking wise steps to prevent persecution. And that's why I thought it necessary to look up Patriot Front to see if they were really OK. When I found out that they indeed subscribe to a form of racism, their basic tenants are nothing like what our founders believed & nothing like what historical patriotism has been in America. They are a twisted version of it, almost as bad as the Kleptocracy we have now, & I can easily see that movement morphing into a dictatorship. It bears close similarity to the early Nazi Party.

Having realized what this group stands for, as far as I'm concerned, it's open season for criticism & mocking. The fact that they are each clones of others, all dressed exactly the same, does make them suspicious. They don't represent Patriotism to me, they represent an iron rod of control. Nope. They're toxic. And it wouldn't surprise me if they were indeed a false flag operation.