TheDonald
Communities Topics Log In Sign Up
Sign In
Hot
All Posts
Settings
Win uses cookies, which are essential for the site to function. We don't want your data, nor do we share it with anyone. I accept.
DEFAULT COMMUNITIES • All General AskWin Funny Technology Animals Sports Gaming DIY Health Positive Privacy
3012 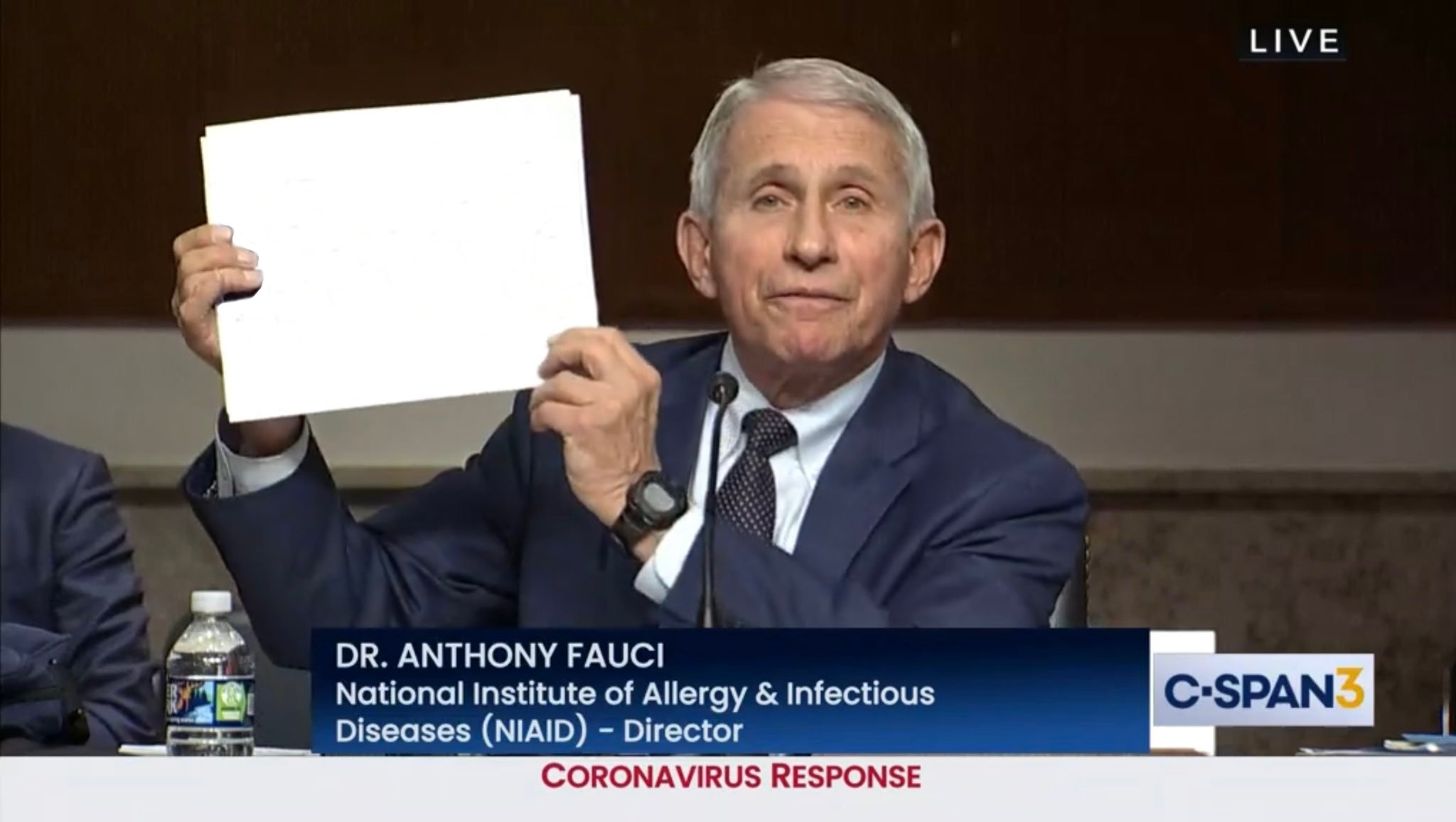 And he did it voluntarily. It's almost as good as our fren in Oregon getting the dementia patient to say "Let's Go Brandon."

"look at this photograph!"

I think someone owes you an apology!

Did you see the video that was the context for that picture? Holy crap, what a pussy. If you haven't seen it, he was saying that the cops pulled over some dude on the way to Washington D.C. When the cops asked the dude what he was doing, he said he was on his way to kill Dr. Fauci because he's murdering people with what he's doing. Supposedly he also had a rifle in his vehicle. I'm not sure if any of that story is true or not, it's what Fauci was claiming. He then said it was because of Rand Paul that the dude wanted to kill him and he was holding up screen shots of Paul's website.

Which is ironic because there's nothing on Paul's website about Fauci that I can tell is false, and Paul isn't saying, "Murder Fauci", he's saying "Fire Fauci". Honestly, I think, "Arrest Fauci" or "Bring Fauci to Trial" is better than firing him at this point. Firing him at this point isn't justice. He needs to face justice.

Wait you’re telling me THAT wasn’t a meme? LMAO

Clown world bending back in on itself

I took the less traveled road (no offense to my fellow memesters) https://patriots.win/p/141En3zIW9/meanwhile-at-fbi-headquarters/c/

It is heresy to mess with such a blessing.

Yeah, you just got to clip the video to make it seem like he's the one saying fire fauci, and where to donate money.

should i go back and try to graduate?

OMG - Look at the front page!

Due to inflation there will be no Nickelback

I thought he goes by Betsy now?

I can just picture Bill Mitchell frantically replying to people calling him a faggot that he isn’t one.

Bill the Faggot downdooted you lol

"That's DOCTOR Faggot to you, pleb."

any of Hunter Bidens laptop pics

The AIDS/HIV protestors begging fauci to stop killing them would look great here.

ABC national fake news disgustingly covered for Fauci today, painting him as a victim and Rand Paul as a bad guy. They cut it off as Rand was starting to respond.

The comments of that tweet have some good ones

You bastard. I made mine from scratch and YOU get a sticky!

Can you photo shop him using his middle instead of his pointy finger? Then yours would be better.

Ahh a another meme maker, feel the world create your words... it’s not that bad 😉

Cut off your balls to stop the spread.

That guy is on here!

Bad idea to hold up a piece of paper. The never learn…

How about "Fire Dr. Fauci"?

The original is perfect tho

What he is really saying is "you can't fire me, bitches"

He could admit that he did in fact kill millions and the deep state would praise him.

Dr Fraudcheese is a psycho

Those Beagles had it coming

This has provided me with great entertainment. Thanks pede!

I'm not making it, because fuck that - but dead puppies.

Someone made a Marshall Applewhite one. Classic.

Here it is, from the Twatter thread

For the simples... We all float down here Georgie ....and You Will Too!

I love you fuckers

Fauci is literally a walking meme.

I'd snag this and whip something up, but I'd probably get the hammer since I just can't even anymore.

hope this half-assed effort will work for you...