TheDonald
Communities Topics Log In Sign Up
Sign In
Hot
All Posts
Settings
Win uses cookies, which are essential for the site to function. We don't want your data, nor do we share it with anyone. I accept.
DEFAULT COMMUNITIES • All General AskWin Funny Technology Animals Sports Gaming DIY Health Positive Privacy
969 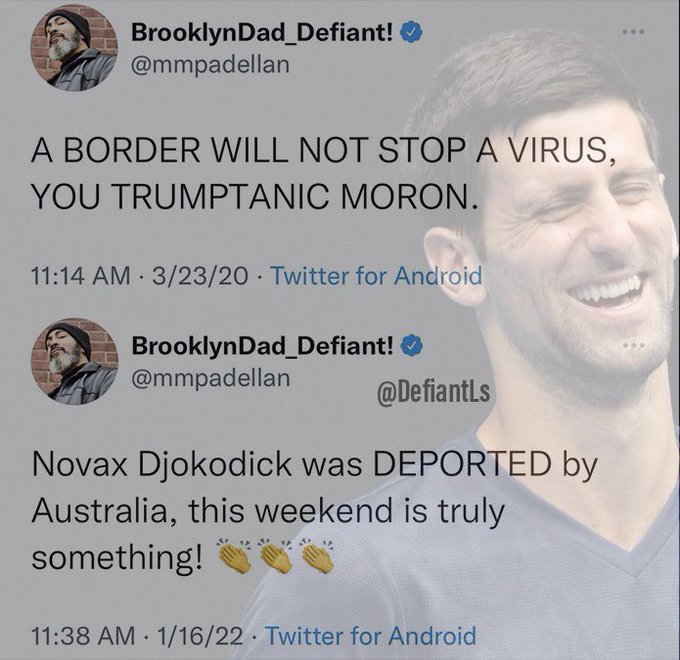 He’s literally paid to be retarded.

I love this asshole's "intimidating" id photo. It would be hilarious if he were about 5' 6".

You read my mind. Anyone whose profile pic is taken at this angle is short, dumb, and lacking a penis.

(whose real name is Majid M Padellan and is famous as Brooklyn Dad Defiant.) I searched images of him and he does look like a little dude. Pretty effin funny pede. Good call!

God his smug face is so fucking gay and cringe. Fucking loser.

Not an idiot. A paid liar.

Just reading the title I was expecting Scott Adams again……

He has that same sodomite beard that John Goldman has. I bet Brooklyn dad jerks off talking about his underage son just like Goldman.

I know he's paid and his emotions are probably fake, but this person deserves to stroke out.

Retards got to remain retarded

I swear this dude just squats down and lets MSNBC just shit straight in his mouth and then he gleefully mushes it up and then vomits it back onto Twitter.

I love people like BrooklynDad_Bootlicker! They make it easy to recognize retardation.

Crooklyn Dad is a dumbass

Hope he gets his skull beat in.

Brooklyn faggot is a faggot. Mock, ridicule, and ostracize.

Does anyone know where this fucker lives ffs?

Can people stop posting tweets from this idiot? It serves us no benefit at all. Ask yourself, is this guy's opinion important at all?

My only experience in New York City was passing through an extremely busy JFK airport where I had only 26 minutes to get my three suitcases at the terminal, then take a shuttle bus to the next terminal which was at least a mile away. I was dodging flocks and hoards of very tall Amish men with second-hand pants and black hats the entire time who were making their pilgrimage to Jerusalem, which complicated things even more for me. They do not yield in crowds whatsoever, probably due to their lack of experience in such modern environments. I made it on the plane somehow with 20 seconds to spare, and I was still suffering from PTSD just from being outside in that CHAOS for a mere 15 minutes. I'll never do go back to that shithole ever again.