TheDonald
Communities Topics Log In Sign Up
Sign In
Hot
All Posts
Settings
Win uses cookies, which are essential for the site to function. We don't want your data, nor do we share it with anyone. I accept.
DEFAULT COMMUNITIES • All General AskWin Funny Technology Animals Sports Gaming DIY Health Positive Privacy
3526 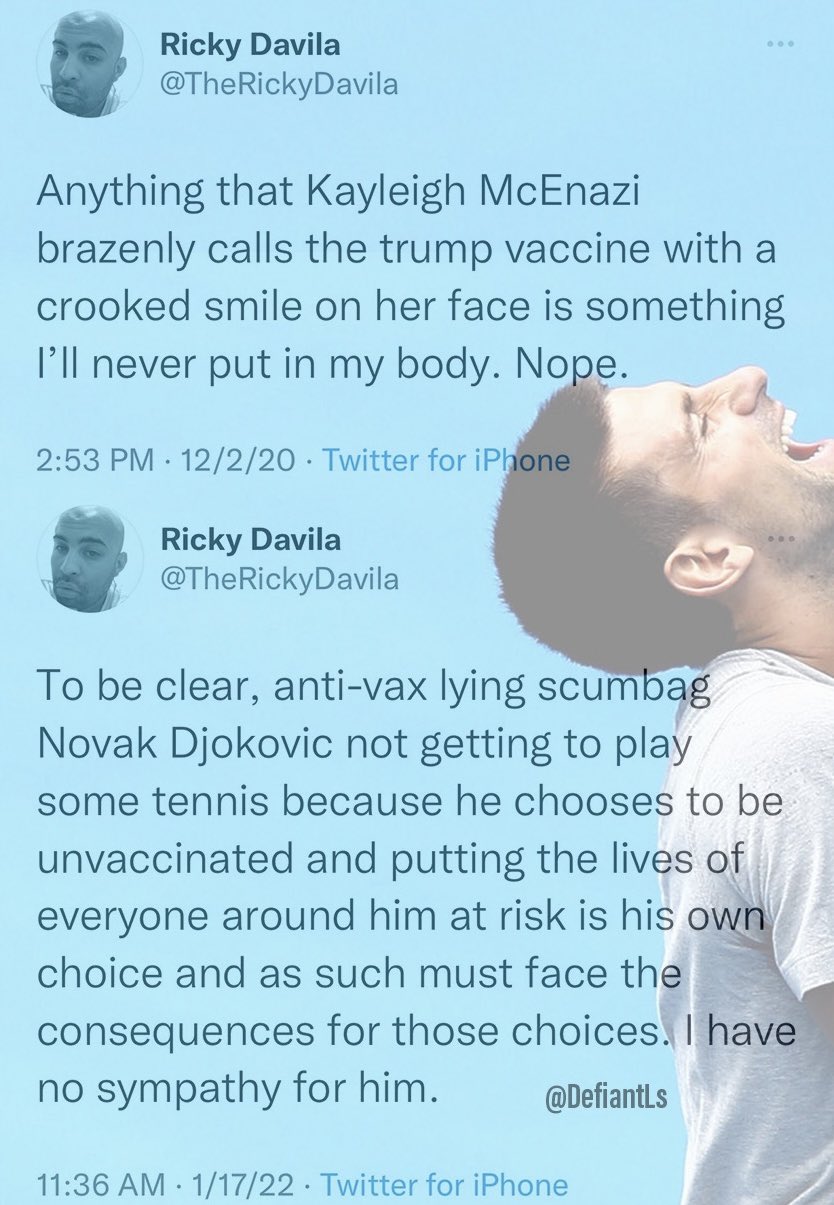 The only standards the left has are double standards.

They have absolutely no standards, which is why they can so easily flip flop back and forth, so they are always just anti-whatever-the-other-tribe-says

back in my day we used to have a word for that:

We really should push to make that word great again

The retards are already making that push for you.

I am in Special Ed, and some students are in fact retarded. But a couple decided they couldn't handle the shame of their child being such and got a law passed to make it a bad word.

I thought that was retarded.

Still have a word for that. RETARDED

Same fren. I use that shit daily.

Correct. They preach tribalism, turn their surrounding environment to shit, then leave to do so elsewhere... Fucking societal parasites.

This is correct. You can always know the Left's position on anything based on how it impacts their ideology and agenda. Attempting to apply any moral or intellectual standards to them is a foolish, because they are bereft of both.

We believe in nothing, Lebowski. Nothing.

You joke, but I see this all the time.

About a week ago I was disciplined for telling a black mother to stop stealing by stuffing clothes down the pants of her toddler. I was literally told this was racist and she walked out of the store with probably a few hundred bucks worth of stuff she didn't pay for.

But about 3 weeks ago, we called the cops on the parents of a young white kid that took a Kinder Surprise egg and pocketed it. They didn't even see it, and the kid was 4. I'm not sure what happened to them. But I know they offered to pay right away, however our black manager decided to make a big deal out of it.

Blacks are, by FAR, the most racist people in the world.

They hate everybody, even each other.

That’s about tribal racism. Of course the jogger mindlessly supports other joggers. And beats down honest working class whites

lol. Lincoln tried that- He got shot before he could finish

I'd be looking for a new job if I was you.

Can't. I did a lot of stupid shit in high school. Turning my life around but it's taking time. I'm a shift lead now, which is very good money. Also do work study while getting a programming degree.

Took me longer than I hoped, but I have to eat shit for at least 2 more years. Then I'm just going to move somewhere red. Cali is fucking garbage and drains my soul. Everything is diversity first here.

Unless they're black, in which case they're set.

'Those are my principles, and if you don't like them... well, I have others.'

All they know is to regurgitate what the TV tells them. The more theatrical that regurgitation the more they think they will receive praise.

'They're gone. I look in their eyes, they got shark eyes, with that little pig smile. They're gone. There's a demon in there running the show.'

are these people even real

Remind these people that Trump’s vaccine flows through their veins, and will until the day they die (probably very prematurely).

How do they still cling to the narrative that these injections have any effect on transmission??

CDC Director Rochelle Walensky: “Our vaccines are working exceptionally well … but what they can’t do anymore is prevent transmission.”

Nope, just shill accounts that lean with the way the narrative wants them to.

Came here to ask the same thing. This seems too Orwellian to be a real person, but then again, the Branch Covidians' belief in their superstitions is very strong.

The duality of retards

chooses to be unvaccinated and putting a tyrannical government at risk

Are we posting these to these retarded faggots' accounts at all? I don't have Twatter so I can't volunteer.

It doesn't matter. They will just ignore it and keep attacking.

We need to do that. Stop "tut-tutting" at them and start throwing haymakers non stop. Overwhelming offense now!

We sit there covering up on the ropes thinking we're winning the fight.

I went to a Los Angeles grocery store maskless last night hoping I'd get confronted so I can tell someone to suck my dick. No one did. I even saw my buddy again who lives in the neighborhood. He's always wearing his COVID IS A SCAM t shirt and baseball cap. He's like "it's nice to see another smiling face". Cheered me up!

Then what's the counter punch to this fag?

See that’s what I’m saying. Don’t defend against this guy. Ignore him and throw your own punches. If we all did that instead of obsessing over “counter punching” we would start to control the narrative

all of their opinions are downloaded for them

I hate these people. I truly do.

The thing is, we're the only ones who care that they are complete hypocrites.

They don't care at all. They just say whatever fits their narrative at the moment and they don't look back. We dwell on shit like this and worry about it when they don't.

They stay on attack and we busy ourselves with defense.

Imagine if the media supported everything we did? How do we get that?

When keeping it retarded goes retarded.

"progressives" are nothing more than un-principled weather vanes.

I appreciate this comment, for I, too, hate when leftards malign the based beauty Kayleigh.

Ricky is a fucking waterhead.

Me thinks Ricky has been boosted in the butt hole too much.

This guy definitely has a Fauci doll inserted in his rectum.

And I will have absolutely no sympathy for this asshole when he clots-up and dies.

This Ricky Davila is an odd sort of fellow. He appears unable to form coherent thoughts or maintain a single position on issues he seems to find dear.

What a fuckin' pussy.

Dude got his brain wiped by the Trump vaccine.

Only insufferable people start messages with “to be clear”

Oh how the turns table!

Point and laugh then ignore it kills them inside

Online anonymity has made faggots like this think they're tough and have big nuts. Reality is, this faggot would never even try or attempt to force anything on anyone and would never say this stuff to anyone's face.

This is the type of moron who forgets the internet is forever.

What an imbecile. Improper use of "as such," too. Pompous dick.

Still can't believe these retards still believe in the vaccine working while simultaneously believing the unvaxxed are killing the idiots that took the vaccine...

I despise these people with my entire being

I mean this has to be a fake bot right? Could people really be brainwashed to flip a stance so easily?

These people are evil, insane, or both. Definitely not compatible with free society. At all.

The fakecine really really works when mentally ill fagtards who are fully fakecinated are worried pure bloods are going to get them sick.

I love how all of these retards feel the need to put "official" or "the real" or "the" in front of their names. As if anyone gives a fuck who they are or cares whether or not they are THE actual account of a nobody. Noone would impersonate you anyway, faggot.

but but but I thought liberals were nothing but sympathy and empathetic care!!!!!!!!!!

He’s looking for blue check mark material with that retardation.

Djokovic had covid already. Why should he be forced to get a shot that doesn’t protect you from catching or spreading the virus? He’s literally putting no one in harms way. What about all the alternative medicines that work?

I try and imagine if Biden wasn't able to "win" the election what the world would look like.

I have 0 doubt there would be no mandates, the entire left and big tech would be anti vaccine. The side effects would be blasted and anyone who says the vaccine is safe would be banned from twitter.

And thats if the vaccine was even approved. I figure the media propaganda against it from CNN and MSNBC would be so strong that the FDA would be pressured not to approve it.

A dream world where no one is forcing unending boosters on people just to go eat at a McDonalds.

If Trump were still President, the entire left would have the opposite view of the vaccine.

You can find these all day long, these are bots (real or machine is the same), there is no logic or thinking involved, they only follow the narrative, when the narrative changes their tweets change that is why a tweet last week will counterargue a tweet this week..

I am not saying he is a bot like a machine bot.

Real or Machine, people follow the narrative also, whatever the MSM tells them to hate today is what they tweet about