TheDonald
Communities Topics Log In Sign Up
Sign In
Hot
All Posts
Settings
Win uses cookies, which are essential for the site to function. We don't want your data, nor do we share it with anyone. I accept.
DEFAULT COMMUNITIES • All General AskWin Funny Technology Animals Sports Gaming DIY Health Positive Privacy
2106 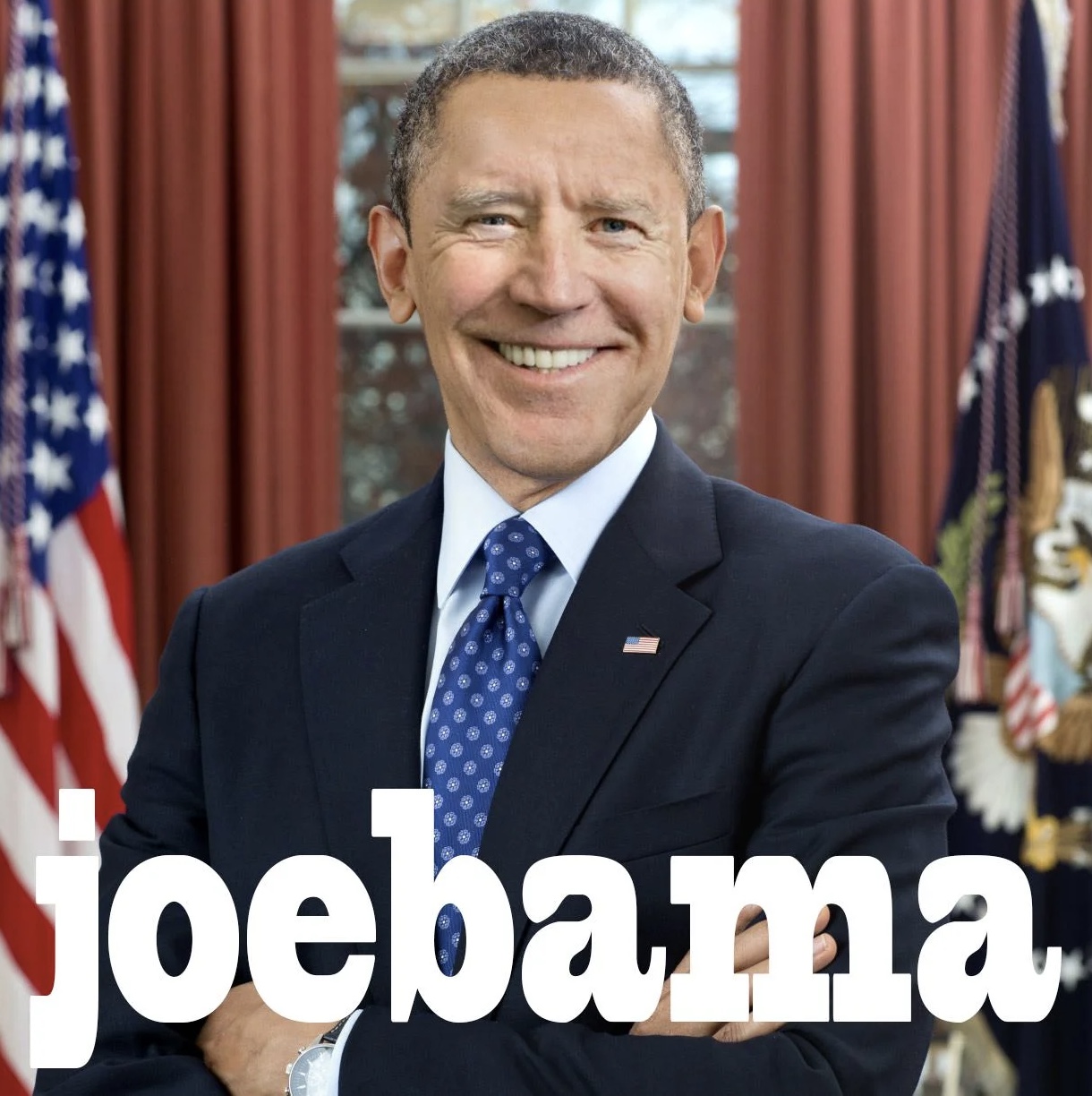 Obama is a puppet too. He's not the ringleader, he's just higher up the food chain than Biden. The idea that he's in charge is a red herring.

Remember when Obama dropped over billion in cash to Iran on a pallet when Valerie Jarrett had lots of family in Iran to launder it to?

Then the fake dumb as fuck propagandist corporate conglomerate fake faggot news claimed it was money we owed Iran from over 50 years ago? LOL Even though Iran's government had already been dissolved and re-established after several decades and the money was freezed funds were never held in any escrow account. It was bogus lies to cover up for demoKKKrat money laundering of billions of tax dollars.

Planet of the Apes and Muslim Brotherhood had a baby

DemoKKKrats are the ones who claim humans all descended from apes.

So if you call one of their ancestors an ape, you're merely acknowledging what they themselves claim about their own ancestry.

DemoKKKrats are confused morons who can't make up their minds. Did you descend from apes or not? And if you claim you did, then don't cry if I suggest your ancestors were apes who worshiped a religion that calls a pedophile slave owning rapist their prophet.

Why the outrage? What part of what I said is not true?

Roseanne fucked up by apologizing. She was too weak to stand up and make the points I just made.

If you think they flip the fuck out over apes, bring up the millenia-long (and still going) war between cromag and neanderthal.

Just want to say, FUCK the rest of that cast including John Goodman for not standing up for Rosie and refusing to continue that shit show.

I think she still is. As of 2017 she was living at their Maryland home, and she lived at the White House with them too.

It was strange that Barry The homo Soetoro Hussein Obama whatever the fuck the faggot's name is never spoke of his real mother and instead diddled around with Valerie Jarrett so many years as a son mommy relationship. Fuckin faggot has mommy issues along with everything else.

His mother dumped him with her parents and left for parts unknown. I agree with you that he has "mommy issues." I think he's always hated the fact that his mother was white. He admitted to not being at his mother's bedside when she died at the age of 53. This is his own words about it: "He went on to say, "She was in Hawaii in a hospital, and we didn't know how fast it was going to take, and I didn't get there in time." How fast it was going to take?? Who says that when your mother is dying? He sounds as if it couldn't be fast enough for his liking.

His grandparents coddled him, sent him to a private school, and I highly doubt he ever appreciated anything they did for him.

Remember his speech on race during his Presidential candidacy in 2008? He labeled his grandmother a "typical white person," because she voiced concerns when a homeless black man aggressively approached her at a bus stop, begging her for money. Yet he sat in a church pew for 20 years, and listened to his pastor, Jeremiah Wright spew hated for the white man over, and over, yet only voiced concern about it during his campaign, because the story had publicly come out.

The other thing to remember was that he spent a lot of time in Hawaii with Frank Marshall Davis, a black member of the Communist Party of the United States of America. There has been a lot of speculation regarding that relationship, and even suggestions that Davis could be his father. And then there's his relationships with two former members of the Students for a Democratic Society (SDS), William Ayers and Carl Davidson.

When I shove my dick up his ass, it's like a literal puppet. He'll do anything I make him do.

True. Obummer was just a better actor and teleprompter reader.

And did you see that crease in his pants? Whew lad…

Had this thrill going up my leg!

That’s the stuff nightmares are made of right there.

Valerie is his handler.

And who writes the script she make her puppet recite?

These guys are both puppets.

does this joebama person ride a bike? because that sure look like a creepy old Lance Armstrong

He kinda does. Except 0bammy & xiden have NO balls.

Want to know their next trick?

Breyer will not step down for 'reasons' and the diversity hire will get seated because 'reasons'.

They will claim its the right thing to do in the name of social justice and because she already has been voted onto the court.

They will adjust the rule 'just this once' in the Senate and allow a 10th member to be seated with the 'promise' that Breyer will step down at a later date and won't be replaced.

any doubt has been erased...it's amazing though how naive bidens people are to let barry in the same room as brandon.....also what else is definite is that barry has been or is banging camel hairs

“I mean, you got the first mainstream African-American who is articulate and bright and clean and a nice-looking guy, I mean, that’s a storybook, man.”

Good God what a scary mash-up pic! I even see a bit of W in there too. Or is that Lance Armstrong?

Time for Whitie to pay

I've said it before - Joe sucked Obama's dick for the Vice Presidency. And there are probably photos or video of the event.

I think it's the same way Kumalot was picked for Vice President.

Obama has dirt on EVERYONE in congress except for the very few who are not corrupt like he is.

That's part of it too.

Obama was elected in 2008 and never left office. Trump was just a powerful usurper, but the swamp still took their orders from Obama.

First Biden goes under the bus with everything blamed on him. He's happy because Hunter stays out of jail & they keep the money. Kamala will be a no brainer; a simple puppet. Hussein then moves in a takes over what's left of the democrat machine. Perfectly played by a scheming african and two useful idiots. Clintons? Yesterday's news.

Obama's just a puppet like Biden. Only difference is he's a little closer to the puppeteers, and probably liked by them.

They should all be hanged in a public square.

Why don't they let Joe use the real Oval Office? We only see him on the movie set.
Find out who's in there and then we'll know who is running this operation.

My guess is that the oval office is humming seven days a week.

That's something I see in my dreams

Two of the most inarticulate, unclean, stupid human beings to ever get installed. Both have literally been worshiped and compared to gods.

It's the Rothschilds the bushes and some other fucks that I forgot the name of. Follow the money dig deeper

soros/xi/schwab have control over our government

Make it a sticker! Put it on the pumps!

No question about it. After that WH appearance by Obama it verified what has been suspected since day one. Obama makes the decisions and Valerie Jarret is there to make sure it gets done. Joe just wanders around and does what he is told.

I don't think Obama makes any decisions. He was only the face and voice of his presidency.

Take the guy off the teleprompter and he's a fucking idiot. A commie stooge, but an idiot all the same.

I agree there is another entity directly above him but they deal with him to implement their big picture concepts. Then Obama, sometimes directly or thru Jarret, gives the orders to his people embedded in the federal government.

I think Jarrett is a tier above Ofuckhead

Very well could be. I look at her as the minder.