TheDonald
Communities Topics Log In Sign Up
Sign In
Hot
All Posts
Settings
Win uses cookies, which are essential for the site to function. We don't want your data, nor do we share it with anyone. I accept.
DEFAULT COMMUNITIES • All General AskWin Funny Technology Animals Sports Gaming DIY Health Positive Privacy
1886 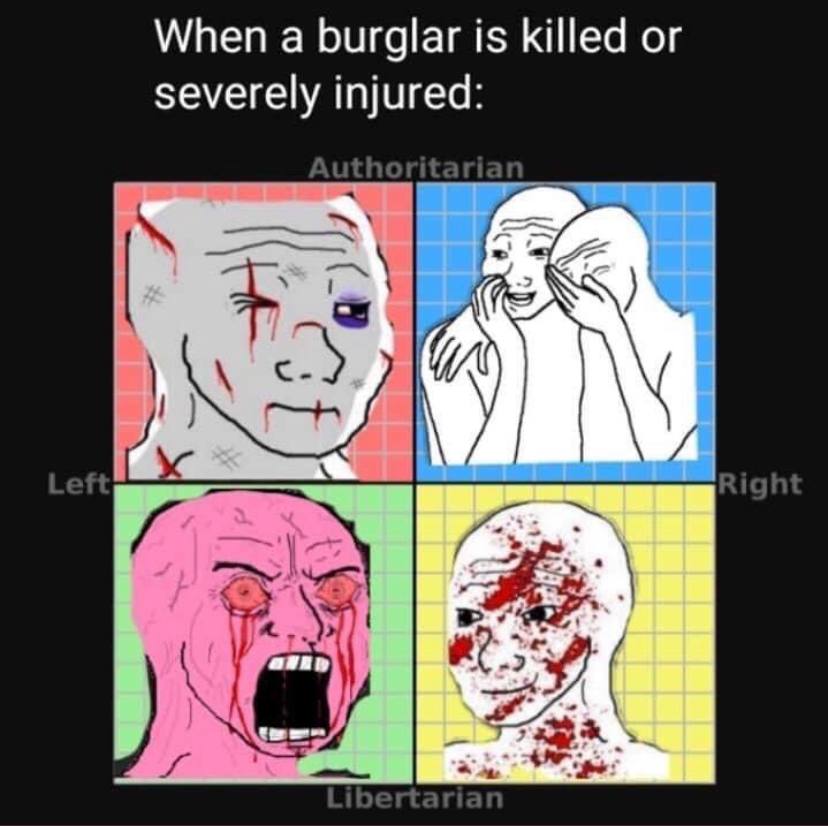 I think you confused pacifism for libertarian. Nobody breaking into a home is doing it for a rush. You kill them and don't feel sorry about it

" Nobody breaking into a home is doing it for a rush. "

Absolute rubbish. When I was growing up, I had two friends who did it for exactly that reason. One was a fourteen-year old girl, just dong it because the guy she had a crush on was doing it, just for the rush. He never brought a weapon and he never stole anything outside of knicknacks like CDs, loose cash, or something else that was trivial. She never stole anything. She was just following him. I think about that. I don't want to come downstairs and smoke some young unarmed girl because I was too terrified to properly identify the target before I pulled the trigger.

Something to consider...but my thought on this situation has always been that I need to take down the intruder before they have any chance to know where I am. They could be better and quicker with a gun, and the only advantage I may have is knowing my own home and my location better than they do while they move around looking for stuff to grab.

Still, what you're describing would be tragic. I guess I'll have to hope I never need to make that call.

That is the dilemna. You make the assumption that the intruder means you harm and are prepared to use lethal force immediately. That is all fine and good. I personally set a higher threshold before I resort to violence.. Even with all of the checks I have in place, I would still have the tactical advantage. I would see them before they saw me and my weapon would be drawn and ready before they even knew what was happening. If it is just some dumb kids, I will hold them at gunpoint and call the cops, their parents, or both. If I determine that it is some violent criminal intent on hurting someone in the house, I will unload a mag into him, then put in the backup mag in just in case he is still moving.