TheDonald
Communities Topics Log In Sign Up
Sign In
Hot
All Posts
Settings
Win uses cookies, which are essential for the site to function. We don't want your data, nor do we share it with anyone. I accept.
DEFAULT COMMUNITIES • All General AskWin Funny Technology Animals Sports Gaming DIY Health Positive Privacy
2897 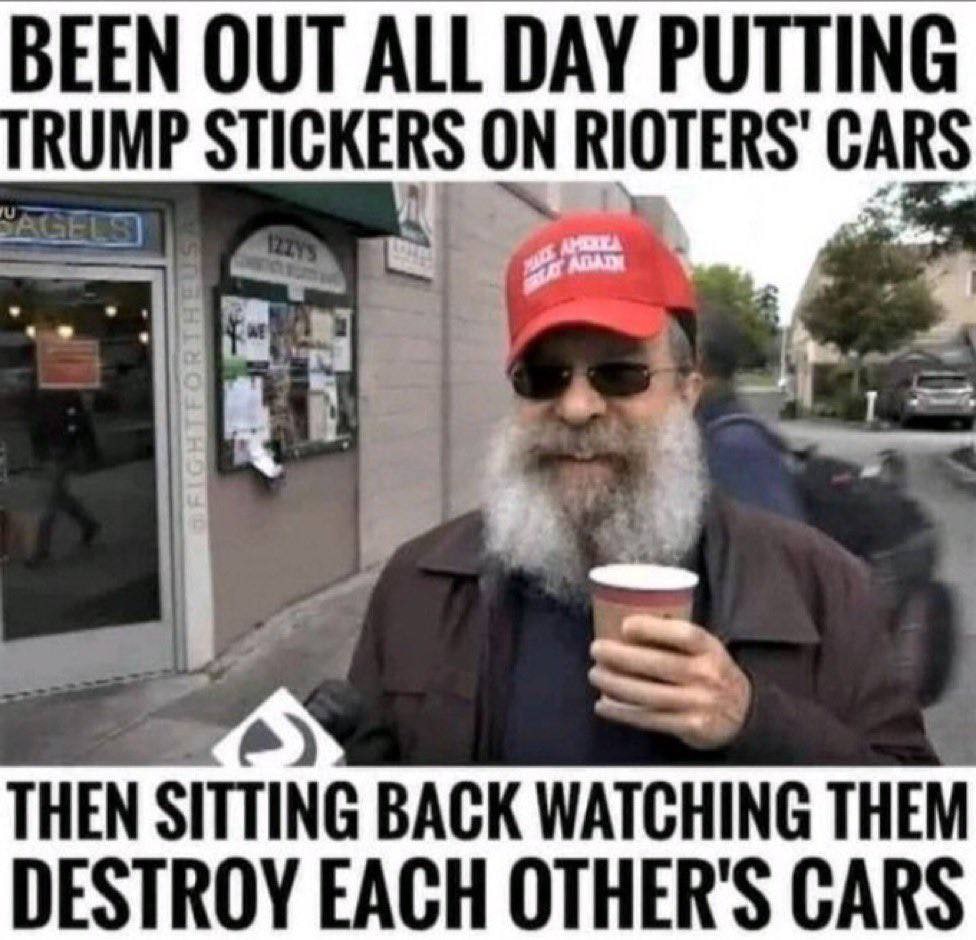 Why are we still quoting shit Disney Star Wars? And fuck that commie Pedro Pascal too, they kept his ass and fired Gina Carrano who said much less. Disney rehired pedo James Gunn and hasn't brought back Gina yet. Fuck all that shit

Why do we still use Pepe? It was invented by an ultra lib who didn’t want it used for the MAGA movement.

Because we CO OPTED the symbol. It is ours now.

the way, this is.

NO WHEY... ran out of protein mix!

Did is da wae, brudda.

Your post Reminded me of breitbart saying "Politics is downstream of culture". https://youtu.be/2GCcVtpWVQc

Love the fuck out of that. Perfect addition of Run.

First time I ever saw Pepe was when it was used against me by a far-left activist, around 2012/2013.

Yeah but the difference is Pepe was already starting to be abandoned as most memes are, that's just how time works a new one pops up to take the spotlight off the last one.

Also, Pepe was an actual meme. "This is the way" is just a straight up quote from a show that's basic normie/Reddit talk. Every 5 comments on that site is "This is the way" and they think it's so cool and funny as a reference, it's too normie ingrained and relevant it can't be easily so co-opted.

Ok, and then let's say it gets co-opted and we make it ours. Since it's not a meme and just a straight reference to a show, it's essentially free advertising for a Disney show where they kept one insane commie who openly vilifies more than half the country, and fired someone else for being vax hesitant and mentioning the hate mongering for the vax was an eerie parallel for the early years of the Nazi rise (which was accurate).

Who gives a shit ultra Maga takes whatever the fuck it wants.

"This is the way" is also a Bible quote, famous among Pentecostals. From Isaiah 30:21, on being led by the Lord: "And whether you turn to the right or to the left, your ears will hear this command: This is the Way; Walk ye in it."

Had no idea this was from anything Star Wars. Googling it, it seems to be from a show that started in 2019, but this phrase has been used for well over a decade. If anything I'd say Disney stole it...

I tried to track down the origins and found this beauty:

This is the Way the World Ends: Not with a Bang but a Whimper'

It became a popular phrase after The Mandalorian started, which while it's not a bad show, was made by Disney, so it's Disney Star Wars. Also, the guy that plays him is this mega TDS commie Pedro Pascal. Same show they fired that woman for basically being vax hesitant.

It's always been a phrase but because it's the catchphrase of the main character in the show, (Him and all the other Mandalorian all say "This is the way" to each other and others very often) it became a saying that's now regurgitated everywhere as a reference especially on Reddit, similar to MCU quotes. It's basically normie talk.

You know way too much about this.

I try to stay informed. Everything is fake these days, almost all of us on this site see through it. Also, if you see a few comments down I explained how phrases like that in these popular shows are made with the sole intention of keeping the show relevant aka free advertising. It's recent market-research, it's what I study for school lol.

I hate it when people use the term bougie or other commie class warfare terms.

This is the way too much.

groove is in the heart

Because it’s fun to steal their stuff and use it against them to red pill normies.

Yeah I agree but how will this redpill normies, it's just a random comment on a random thread most people don't know about to the point where almost all of the users are already redpilled. And like I mentioned it's more a direct quote than a meme so it would essentially be like free advertising for a Disney show (a same production that has made absolutely inexcusable fuck ups in terms of real life politics).

Disney and these shows that are meant to appeal to very large audiences make quotes that are fun like "This is the way" very prevalent to the point where fans would want to quote it so much on purpose. It's basically a corpo meme, one with the purpose of keeping interest in a franchise and having it stay relevant.

Yeah. I get how Disney works.

But hey, if you wanna attempt to gate keep meme culture… be my guest.

Eh, more like just trying to educate others. There's a difference between organic memes and non-organic injected memes. Meme warfare isn't as simple as it was a few years ago when stuff like Pepe was forged and the internet was the wild west.

The reason we let them steal the government is just a lack of caring our side has had lately. Look what's happening now at the Supreme Court and at their houses, way worse than Jan 6 but nobody is saying shit except for the people mad. We have to be stronger about falling for their shit, I say this as someone that used to be a die-hard Star Wars fan and even thought the show wasn't that bad. But I see through it, and the reality is they are our enemy and openly support child grooming, with show members openly hating on more than half the country frequently. I just can't stand or know I'm ever supporting that, these quote memes are made so they're guaranteed to support.

every time some one used "This is the way" , Pedro gets a new hemorrhoid...

Because taking the badges of your enemy is a time honored tradition in warfare.

This is the Way.

I thought most rioters either jogged or got bussed in by Soros.

There are lots of trust fund kiddos in antifa

I told a family member that wanted to get rid of their car to put Trump decals on it and park it behind a certain college overnight. It was ruined and written off as totaled.

Too bad these rioters dont have shit or cars and theyre being bused in.

I shit you not. The ONLY people I have seen with stickers with BLM and the likes were always ugly/fat White Women.

Who are usually the ones getting dicked by joggers

Usually to me it means, oh well I guess we aren't going to be eating here honey. Anything else sound good?

It’s kind of like taking a shovel-full of ants from one fire ant mound, and dumping it on another fire ant mound to start a war. Satisfying.

Got me wondering in general.

Honestly if you really wanted to terrify them I'd put "Kill your local pedo" stickers on them instead.

Throw in some pro life stickers too.

bringin the muthafuckin chaos by KONAMI

Oh my that is brilliant. laughing so hard I am crying. Now that is a psyop...

This is how subversion is done.

Please tell me this is actually happening.

And that the rioters are being arrested.

Hey am I insane or was this stickied yesterday

If there were any YouTube, TikTok or Instagram pranksters left out there that had any balls they'd have done this and filmed it for our entertainment. But most of them just act weird in front of old people and record their reactions.

Oh, the fun I could have if I lived in a leftist shit hole…

…but then I’d live in a leftist shit hole.

Damn! This is a genius gambit.

I haven't l laughed this much all day. Perfect tactics for unhinged reactionary idiots.

For context this is a Jewish guy living in the Bay Area, Commiefornia that got kicked out of a Starbucks (or some similarly gay coffee shop) for wearing his MAGA hat.

And, the hate filled libtard who kicked him out got fired, both from *$ and from her real job.