TheDonald
Communities Topics Log In Sign Up
Sign In
Hot
All Posts
Settings
Win uses cookies, which are essential for the site to function. We don't want your data, nor do we share it with anyone. I accept.
DEFAULT COMMUNITIES • All General AskWin Funny Technology Animals Sports Gaming DIY Health Positive Privacy
1347 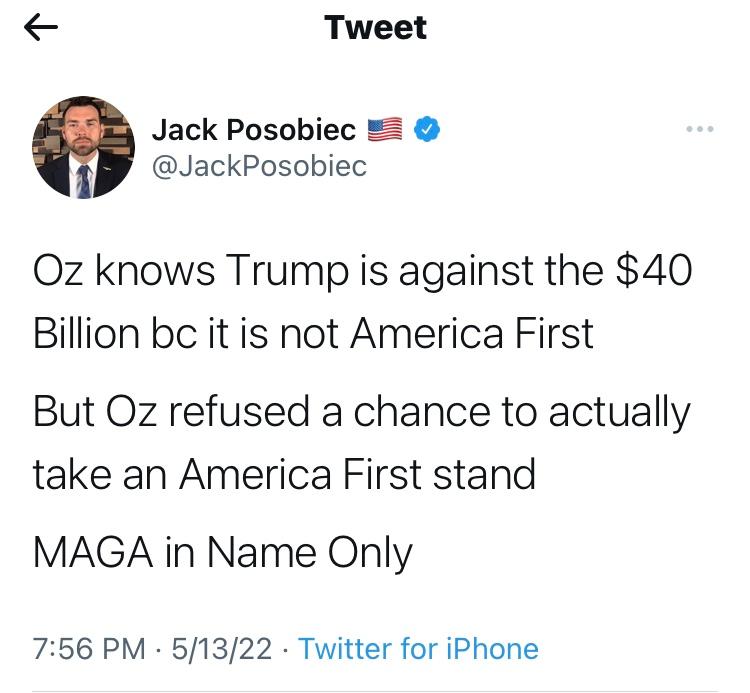 That is totally how I read it.

Muh America Not Great If No Abortion

Oz is a putrid vagina. Pass it on.

Already the guy’s a fucking loser.

I love trump but he can be a fucking moron sometimes. He needs better vetting.

I stand with Poso.

Like a minnow. A small fish you’d throw back

Which is also what they're into

I was unaware he was even claiming to be MAGA.

MINO = MAGA IN NAME ONLY

I'm not claiming Oz is MAGA but Poso is playing you assholes to help the establishment AS USUAL.

Oz literally said he would never give $40 billion for anything without a debate & knowing exactly where the $ was going. And that that was the main problem with DC --they just throw money at problems.

That is obviously a "no" on sending the $

It’s literally not a no , he’s saying he wants to know where the money is going which is DC code for “I’ll 100% approve this but act like I’m doing my job because I know you people are ignorant enough to believe me.”

If you think Poso is playing us to help the establishment, you’re in the wrong place, asshole.

Remember when Poso told everyone to vote for Roy Moore in AL even though Trump was saying Strange was the only one who could win the general?

Strange would have easily won the general. But thanks to Poso and dumb fucking faggots like you, we got Senator Doug Jones.

You're either a legit ignorant af clown or you want to be lied to if you haven't notices how Poso has done everything he can to hurt Trump from lying that he was working in secret with Schumer to do a DACA deal to "betray his base" or that he was sending 50K ground troops into Syria.

This is a PRO-TRUMP site, asshole. Poso is not pro-Trump. You're the one in the wrong place.

You're a useful idiot who fell for Poso's grift. Lol

MAGAINO? Are we really going down this road?

MINO. We are the party now.

Is this the same poso that makes shit up and reports it as true? “Nationwide lockdowns august 15th” lmao

Didn't take long for a sellout

You know what? Just let the Democrat win that seat. Seriously. Fuck it. Make it known that that is the plan.

He is a MINO

I hereby declare OZ the next Faggot.

There was nothing MAGA about this fake doctor, Turkish piece of shit anyway. This piece of shit probably voted for Androgyn whoops Erdogan that's it!

POSO seems to have a gay sexual obession with OZ

"We're going to molest your kids"

"You better not molest our kids"

POSO is obessed with OZ. Did you get molested that you are accusing me with of molesting children, or are you just projecting your own desires onto to others!

"Crikey! A smooth brained ape in it's natural habitat! And it's a big one!"

Why do mention your retarded childern?

Wow another Oz shill. You fucking morons replicate at an alarming pace.

Fuck you faggot just because I’m stating the facts. Poso is obsessed with Oz and it’s gay like you.

He may be. But that doesn’t change the fact Oz is not MAGA.

That would be Rick Grenel