TheDonald
Communities Topics Log In Sign Up
Sign In
Hot
All Posts
Settings
Win uses cookies, which are essential for the site to function. We don't want your data, nor do we share it with anyone. I accept.
DEFAULT COMMUNITIES • All General AskWin Funny Technology Animals Sports Gaming DIY Health Positive Privacy
255 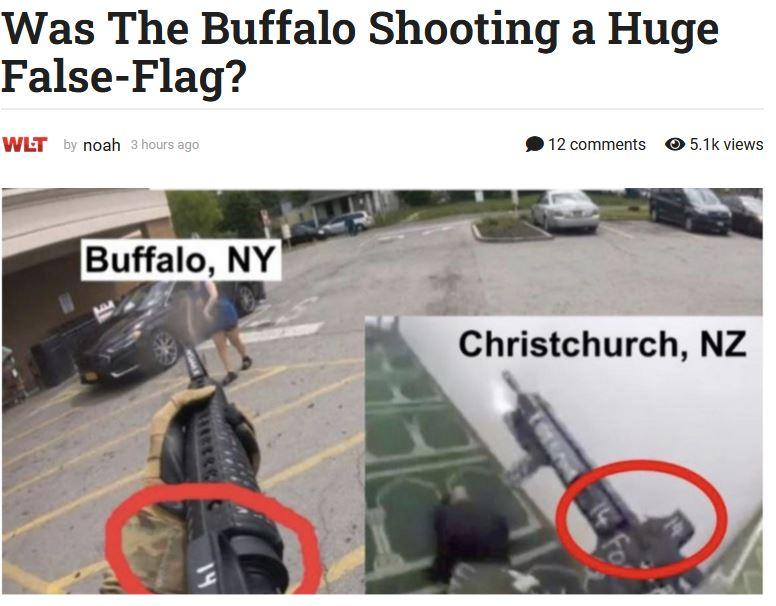 Podesta had the number 14 on his hand. What does it mean?

This case is almost certainly referring to the 14 words. No idea what the podesta pedophile's 14 referenced

I just spit my beer with that last part. 😂

So his age preference is 28?

Oh dur, shit, I totally read that the other way around. Too many beers after homework

I’m guessing; but Osiris was cut into 14 pieces; Isis found 13 of the 14 pieces and buried them, after which he was reborn as the judge and ruler of the underworld. The 14th piece was his phallus, and was eaten by a fish in the Nile River.

14 is an important number in Egyptian mythos for this reason; and it would make sense given other clearer symbolism in Podesta’s case.

(edit: originally thought this was about the 14 on the gun)

14 refers to the fourteen words originally formulated by David Lane founder of The Order.

88 refers to Heil Hitler (H = 8th letter) Originally it stood for the the 88 precepts, an essay by Lane.

No, he's talking about John Podesta's connection with the number 14 - and he's correct.

Ah. Missed the shift to Podesta’s 14. Thanks.

What are those words?

He said he idolized the NZ shooter, so it's no surprise that he copied him by also writing 14 on his gun (a reference to the "14 words").

Yeah it was definitely suspicious. No argument there.

I'm sorry for asking but what is a false flag? I seriously don't know or want to make sure.

Some terrible thing carried out by the FBI or where they plan the entire thing?

Basically, yes. The Gulf of Tonkin event was the classic one, when the CiA popularized the term conspiracy theorist to undermine the credibility of anyone who knew what was going on. The event never happened but was used to sway popular opinion in favor of the Vietnam war.

Something can really happen and be a FF though. SO much evidence points to that in this case! NY subway shooter certainly was. Waukesha Christmas parade certainly had cooperation from at least Police detectives during and DoJ after, if not planned in advance.

Official story of Vegas shooting is certainly not what happened, even if they were just covering up something else after the fact. Lots of speculation but IMHO we'll never know what happened.

Was an inside job.

Some terrible thing carried out by the FBI

A fake terror attack. They coerced him into doing this.

Its a provocative covert action designed to illicit a directed hostile response from a group.... Party A conducts a covert hostile act on party B and makes to look like it was done by party C as to illicit party B to become hostile and enter conflict with party C...

Understand the Difference between Covert and Clandestine?

Find some gullible white person to commit a crime. Use that to generate more anti-white hate in the media and push for gun confiscation.

The false flag idea is that he didn't figure out how to do it on his own, that some undercover cop/FBI was encouraging him. The person who encouraged him to do it is conveniently disappeared now.

Spitballing here, but I’d say this lines up. Why a grocery store?

10 kills. That's a huge number. A lot of these other mass shooters get 1-2 kills max.

Yes! That was what caught my immediate attention, 10 souls that didn’t need to leave this way. But your definitely right, usually more injured than killed.

Edit: I don’t usually watch these type of videos, but is it normal for these shooters to shoot bodies on the ground? If I’m being honest this really is the only video of a mass shooting I’ve ever watched.

No. That could explain the high kill rate. Once someone is down, you can precisely aim the 2nd shot for a guaranteed kill. But it also means that someone trained him to do that, which further suggests false flag.

Now that you tell me it’s not that common, yeah you make an excellent point. I was just guessing it would be unusual. That and not shooting the one guy, but I actually think that is kind of common, there’s interviews out there of people that survived stuff like this and live out their lives wondering why the attacker spared them. I don’t know what’s your thoughts on that part?

Most of these mass shooters are so mentally ill that they can't really pull it off. They shoot people, but their aim is off, they had no training on proper use of their gun.

For all we know, the shooter went to a mixed-race school where he was frequently bullied.

Read about the Port Arthur massacre in Australia, which was the incident that was used to push through their gun confiscation. That was another suspiciously high kill rate.

...I don't think you need to be trained to shoot someone .ore than once. Kill shots aren't exactly hidden knowledge.

There's a big difference between knowing something, and remembering to do so in the heat of the moment. That difference is usually from training

Pick a soft target where you know there will be lots of unarmed people.

I was thinking about it after I asked, mentally Ill gonna mentally ill. I think I’m trying to figure out something that really just isn’t going to make sense to me, since I’m not a deranged lunatic. But yeah you’re probably right, he probably just assumed there would be people there with their guards down. Prior I was questioning the why, like maybe the kid had some direction to go there vs. anywhere else that might have seemed like a better target for his supposed views.

Operation Mkuktra needs to not make its so obvious

Both of them also drank water! wtf! Conspiracy confirmed!

Everyone puts an oddly specific number on their gun. Everyone!