TheDonald
Communities Topics Log In Sign Up
Sign In
Hot
All Posts
Settings
Win uses cookies, which are essential for the site to function. We don't want your data, nor do we share it with anyone. I accept.
DEFAULT COMMUNITIES • All General AskWin Funny Technology Animals Sports Gaming DIY Health Positive Privacy
1912 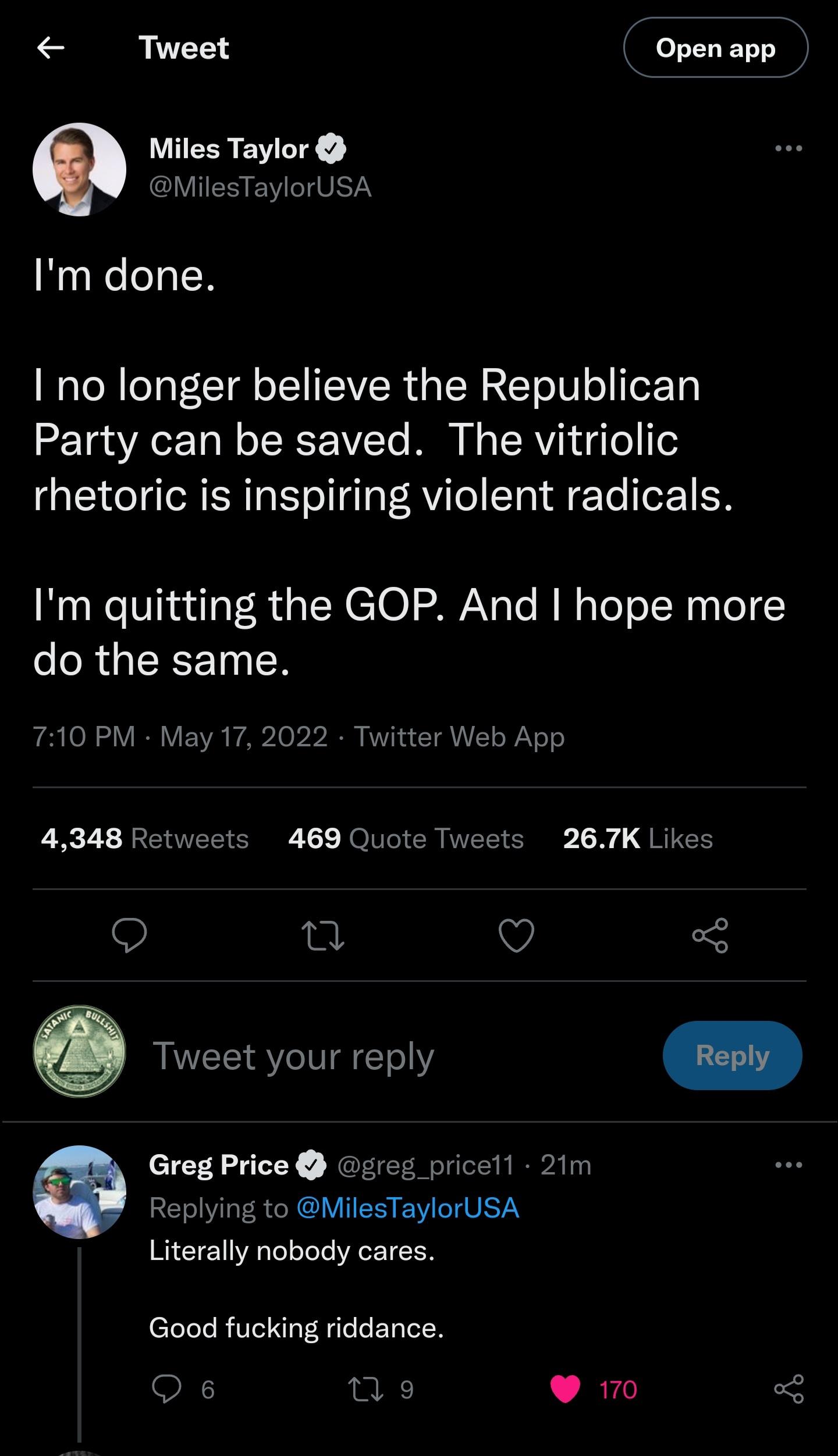 And who is Miles Taylor?

He operates the third most popular McDonald's bathroom glory hole in D.C.

nah nah, my favorite is two shots to the back of the head and ruled a suicide. FBI/CIA have done that multiple times.

Big Mike doesn't fit in the glory hole, and that's why they all love Mike

its the only mcdonalds with a working ice cream machine, if you catch my drift...

The first most popular glory hole servicer is my commie fag husband.

Ohhhh... is that the "Jell-O" one? That's a pretty respectable gig.

was never part of the group the claimed to be a part of, or is so ruthlessly addicted to the abuse cycle of that group they have no free-will or self-control.

Clearly, this makes them a faggot.

He voted for Obama because he wanted to tell his kids he voted for the first black president. Clearly a principled conservative.

Faggot who wrote The New York Times op-ed "I Am Part of the Resistance Inside the Trump Administration" like 4 years ago.

yeah breaking news when he "leaves" the party.

This is "the leaker" who ran to the NYT to anonymously leak some inconsequential bullshit in 2019 or whatever.

That he chose to leak to the NYT of all places says quite a lot about him. Glowie senses tingling.

Somebody that we used to know.

What vitriol talk is this faggot chimping about?

He means were solving problems and starting to win the culture war.

We’re supposed to be turning the other cheek and taking the high road, or some faggot shit to keep us under control.

"playing nice" doesnt work when all of your enemies arent

we should be "compassionate conservative" to OUR team by FUCKING WINNING

playing nice without discernment has never historically played out well at all you are correct.

our enemy is more than willing to weaponize kindness and i cannot fathom what kind of bugman you would have to be to bring yourself to that sort of activity.

I turn the other cheek, makes it better for the backslap

We should be taking the high road to their jaw and then make them choke on it.

"vitriol" to faggots like this is when sane people say "No, we shouldn't have children cut their dicks off."

"Cutting off your sexual organs is the natural thing a lot of kids want to do. It's part of growing up!"

More people know who Mike Jones is than this guy

Back then ho's didnt want me

Good GOP is dead!! MAGA is here to stay!

A fag, who ever he is, leaves the GOP to what? Supporting biden?

Now we just need more to oust themselves.

Sometimes the trash takes its self out.

I wish this was true.

I can only push it down so much

I don't know either of these fucking blue checks. I do know that the first one is pro-groomer and there will be a reckoning for that. Nothing matters more than protecting the kids.

Never heard of this person

Does this idiot know that it is 1000 times worse on the leftist side. There you are not acknowledged unless you are in the borg with the same thinking. Reasoning and spouting the same words.

I wish I could look this motherfucker in the eye and ask him to show me a single quote. Anywhere. Our side has never called for violence. It’s been the opposite of the left. Dems, liberal celebrities, athletes… all have made open threats against me and my people.

It's called hyperbole. Look it up.

He traitorous scum apparently. (I had no idea who he was either) "In August 2020, while on leave of absence from his work at Google, Taylor produced an ad for Republican Voters Against Trump, denouncing Trump and endorsing Joe Biden in the 2020...He was the first former Trump administration official to endorse Biden."

Who is this faggot? Nevermind, I don't care

The dude who never took the field announces he is quitting the team.

Seriously Miles, NOBODY CARES. Please make sure the door slams you in the back of the head on your way out.. Faggot.

He has a lot of updoots from the Twitter bots.

Used to work for Google! No wonder he's messed up. Also, he got a Masters in Philosophy at Oxford... totally Commie indoctrinated!

What a retard. The violent attacker is a self described authoritarian leftist (aka a Nazi) w/ a Nazi patch, talking Nazi faggot bullshit, who hates conservatives, and is has nothing to do with the GOP.. of course This retard believes the Democrat Party spin on this.

And that’s apparently when twitter gifted him a bluecheck

What a massive Bill Mitchell, and by that I mean faggot.

I have no idea who this faggot is

Tune in tomorrow for his new position at CNN.

This tragedy is pretty much Chicago on any given weekend. Where’s the outrage there?

Who? Sorry, I work for a living. I care about my kids and my guns and my free speech. No idea who this crybaby is.

Never heard of him and bye.

Aka Democrats are paying more.

I don't care for either party, tbh.

I quit the GOP in January 2021. They're all a bunch of liars and faggots.

I honestly have never heard of the guy.

Who took his glory hole away?

I’m kind of done with the gop, but if you believe or suggest that it’s because of the Buffalo false flag, you are and were always a democrat.

Because the Democratic party has never inspired any violent radicals 🙄

I can name 3 who were leftists immediately, Stephen Paddack, that baseball shooter and the Buffalo guy.

See, I found 9 right off the top of my head. And yet, can't think of a single conservative who ever did something "violently radical" that ended in death or serious injuries.

Violent rhetoric means ABSOLUTELY NOTHING when the people it's directed at do not act upon those words.

Who is this penis wrinkle? I've literally never heard of him.

So you're gonna hop on the train of city burning, parade crashing, subway shooting nigs? Both sides are full of hate, but the shittier side has the media covering for them.

Anyone who uses the word "vitriol" is a weasel.

Oh shit the pendulum might start to swing toward our favor. Better BAIL.

Man really got hit by the "Who asked"

This faggot is a neocon rino, he's doing us all a big favor.

To be fair, the gop is with the dems as a uniparty.

I did hear of a Constitutional party.