TheDonald
Communities Topics Log In Sign Up
Sign In
Hot
All Posts
Settings
Win uses cookies, which are essential for the site to function. We don't want your data, nor do we share it with anyone. I accept.
DEFAULT COMMUNITIES • All General AskWin Funny Technology Animals Sports Gaming DIY Health Positive Privacy
1398 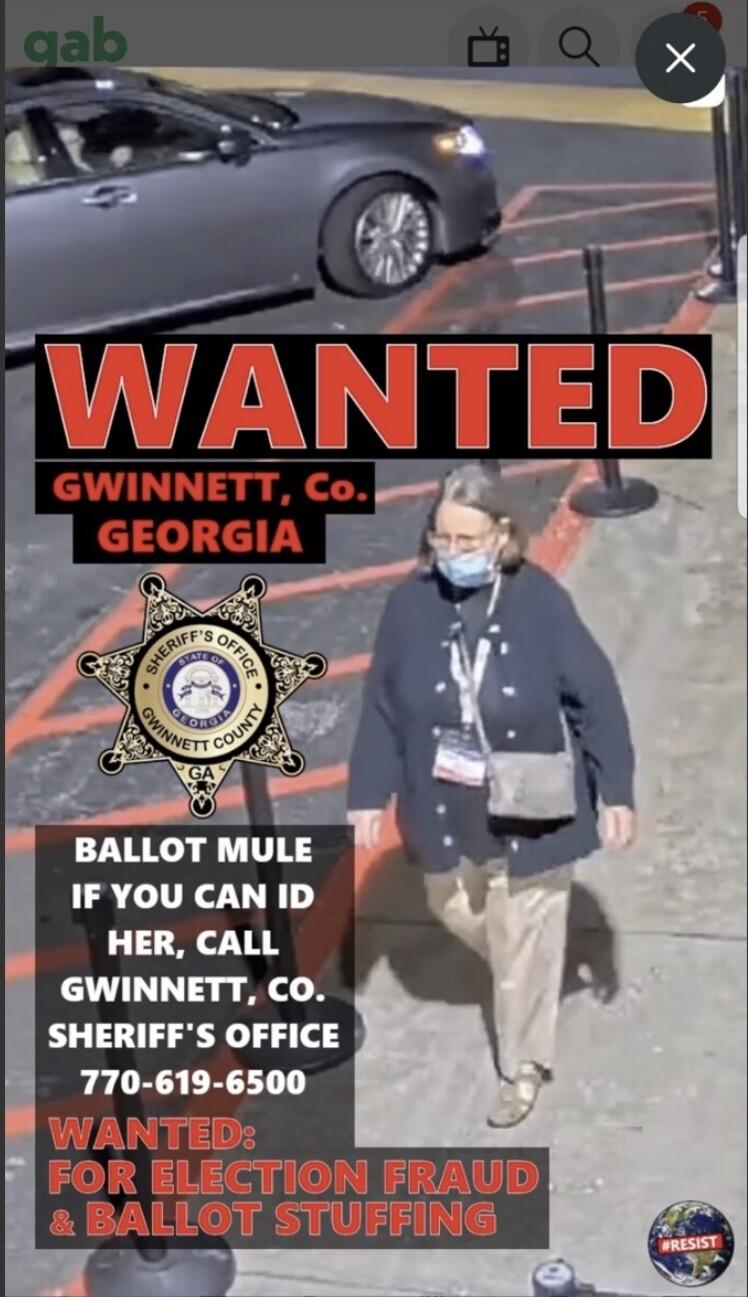 Who had to deal with this hateful, liberal aunt at family gatherings?

That's probably her Name on her probably ID Badge.

Someone, with the ability, run about a 20-layer Super Resolution Imaging on her.

(from a higher quality Original image.)

The badge is res, white, and blue. Ten to one it's an election worker badge.

I wouldn’t mind seeing these stickied.

Turn it into a meme and it will be

I'd start with Government employees.

My money is on teacher...

There’s a teacher that looks like that in every school in America.

She is shaped like a pear. Could it be Hillary in disguise?

What did pears do to the world to be accused of being shaped like fat cunts all the time?

A thousand apologies to all the Pears out there!

Boy those masks are sure convenient.

If any Pedes are here that live in or near Gwinnett Co GA, print a bunch of these out and staple them all over the area in the middle of the night. We need to start putting fear into these fuckers, old grandma or not, that bitch needs to pay

Definitely a huge NPR fan that has fifteen cats. We are in a war against people who will justify anything to win...she probably did it for free

Get 4chan on it - - they'll find the treasonous bitch in no time.

What’s with the lanyard on this fat witch? Any idea where it’s from?

she certainly has "public school energy"

its to make her look 'official' and make her look less fishy when she is messing the drop boxes. Im sure it says "election staff' or VOLUNTEER... something non threatening ... like pretty colors on a poisonous bug.

But I bet she still smells fishy!

Teacher for sure 7th grade cunt right there.

Where are the billboards all over the country like for J6r's?

Betcha its a teacher

Has anyone seen Kathy Bates lately?

I hope there are locals working on this

they will need to monitor the ballot boxes and not allow ballots to be be mailed in post offices.

Are these the same wheels? "Luxury package" not the standard rims

I see she shops at Hillary's Closet...

Remember how quick they tracked down the little ol' lady from Jan 6th? They'll never find this one though.

Please use his/her preferred name. It's now Dick Tucker, thank you very much.

Get this out on TicTok, guarantee she is a teacher, or principal, or school board something or other. There are some based kids out there.

Focus on the lanyard for starters. It appears to be red, white, and blue so I am guessing it has something to do with some fake voter registration group pretending to be Americans and patriotic.

Given the following traits in the photo, Slacks / Business Style Jacket / Facemask / Late 40's to Mid 60's / Likely Female (You never know these days), I'm going to work under the assumption that she's a business woman, and won't be out just wandering in public very much without reason during the daytime.

The best place to catch someone dressed like this would be at a manditory business utility like (ironically) a post-office or resturant. If you can be sure it's her, approaching and confronting her probably won't yeild much, and just make it harder to ID her in the future if you can't get the info right away.

So, if you do see her, the best thing to do would probably be to get her license plate, a clearer photo of her car, a clearer photo of her, or to talk to anyone who interracts with her like they know her after she's out of earshot and line-of-sight. Something like "Oh, i think I know that girl you were just talking to from (somewhere realistic you would have seen her based on the difference between her apparent age and yours), what was her name again?"

If you get a name, use social media to cross reference the info you have with the name to see if it lines up.

I have business in the Buford area this week, so I'll keep an eye peeled. That still leaves lawrenceville+the mall, suwanee, Norcross, Deluth, Decula, and a few other towns i'm forgetting. Gwinnett is bigger and denser than you'd think these days.

Also, I personally have a bit of... history with the GCPD. Never been arrested by them, but some of it's members REALLY don't like me very much for personal reason.

I'm on friendly terms with one of the fire department stations and some people who work at the nearby phillips state prison due to my job though. Hopefully one of my associates from there can forward this to the GCPD in my stead. I'll ask them next time I'm working nearby them if they know this girl.

Reminder, DO NOT APPROACH OR CONFRONT THIS WOMAN. Do this by the book. Don't give them any wiggleroom to sue or come after you. The first course of action is to lawfully report illegal acts to the local sherrifs office. That said, the GCPD a corrupt mess, so I don't expect much. I am biased against them though.

We should Hang her. After forcing to make us 5,000 cookies ! Then she fucking Hangs

How about one cookie for every fake ballot she stuffed?

Gwinnett went full blue retard last election. The sheriff and the district attorney are liberal cucks who won’t do shit.

Then you have the GBI and Raffensperger and they also won’t do shit.

Distribution of this is just wasting paper.

So either go up the chain of command, or you can kiss my lily-white ass.

Bruh, half the ballot box stuffing footage in 2000 mules was in downtown Lawrenceville.

Edit: including this one

Look at her, you can just tell. It's written all over her, from head to toe, she's a walking REEEEEEEEEEE!

Dat bitch got loads of cats.

Are you sure that's not a donkey? Are u a biologist? Kek. Get this bitch.

I'm not exactly sure where to start. There are almost a million people in Gwinnett county, and her wearing a mask is hindering any free facial recognition software from identifying her.

Someone local to that area should be able to identify the lanyard. That will be a good start.

I hope she's caught and spend the last days of her miserable life in a jail cell with a man pretending to be a woman.

anyway to see what the badge says that she is wearing? or just too distorted?

I mean fuck, they claimed a much smaller image of Kyle was proof of some gun pointing shit. And here we are, can't even decipher a large text on a much larger photo.

Look under "K" for Karen

Start with the Teachers Union and go from there.

Cell phone data? Can't the cops just match up the phone data, location and time? Worked great for tracking J6 people. I don't think the cops want to catch this lady or she'd already be in custody.

That looks like pretty much every other Karen you’ll find at a farmers market taking free samples and clutching her bag every time she sees a black guy.

This is the way! I hope she gets busted and does time.

Uhhh pull the tag data as the car leaves? Is it that unreadable?