TheDonald
Communities Topics Log In Sign Up
Sign In
Hot
All Posts
Settings
Win uses cookies, which are essential for the site to function. We don't want your data, nor do we share it with anyone. I accept.
DEFAULT COMMUNITIES • All General AskWin Funny Technology Animals Sports Gaming DIY Health Positive Privacy
206 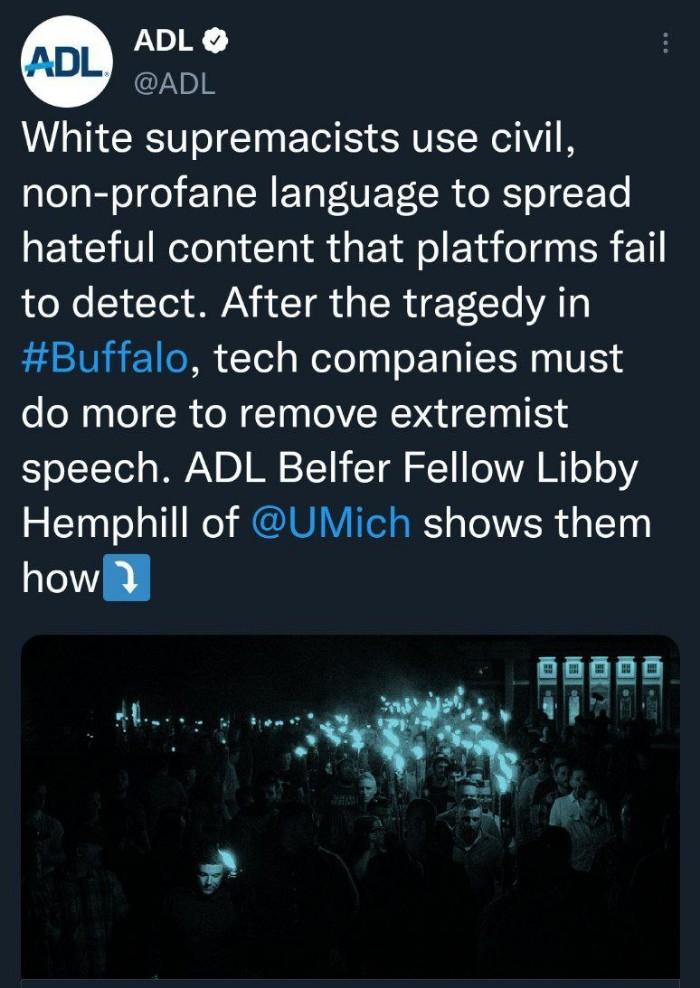 Did the ADL come out and say anything about black people after that jogger drove his car into a crowd for the purposes of killing people?

Then my assessment is neither civil nor non-profane: FUCK THE ADL CUNTS

IF its civil and non-profane, then the laws were not broken. Hurt feelings do not constitute action. Civil discourse creates thick skin.

Ok so now it’s racist to not curse and have civil discussions…. Got it… almost hit bingo on my That is Racist bingo card… just need weather is racist to win

Hot damn! Woot woot I don’t have any prizes but I’ll treat myself to a nice steak dinner and a few boxes of ammo.

Their approach is how extremism gets created, not destroyed. This is the fundamental problem with leftist ideologies. They think that if they ban/regulate a thing, it just goes away.

We used to have Klan rallies in this country all the time, in the 80s and 90s. A dozen or so fat rednecks in hoods gathered in a park somewhere, people laughed at them, and everyone moved on.

Now, those same jackoffs are hiding in their basements plotting to kill people. They've been driven into further extremism precisely because they don't have any connection to like-minded people in real life, only fake people on the Internet who glow so bright.

It's Jewish supremacism that's motivating all these mass shootings, and they don't come much more supremacist than the ADL.

Ergo, we use logic and reason. Cant have that now, can we!?!

Amen Captain! God forbid....logic or reason ever come into the picture....not allowed. Reality is whatever they "feel" at the moment. Fantastic post.

The ADL does not speak for all Jews, and the Jews who believe they do are little more than koolaid guzzling self loathing denialists.

I, too, find their performance as an organization to be less than satisfactory.

They use similar language to what the ADL uses.

Lefties use all this kumbaya language and flowery blue bird talk. "Anti-DL" doesn't that sound noble? Then you find out ....they are snarling, salivating rabid viscious ...nasty people. ADL, Southern Poverty Law, so many. Watch out for that specious language. Specious is good word. Lefties aren't that smart...sadly they are easily manipulated. WEF-CCP Blackrock cabal target easily manipulated people. Knowledge is power.

Why do they keep defaming white people ?

Here's a line that you can feel free to quote me on, reuse, etc.

"The ADL is a foreign terrorist organization which engages in psychological warfare against the American people."

Oh no they use civil, non-profane language...