TheDonald
Communities Topics Log In Sign Up
Sign In
Hot
All Posts
Settings
Win uses cookies, which are essential for the site to function. We don't want your data, nor do we share it with anyone. I accept.
DEFAULT COMMUNITIES • All General AskWin Funny Technology Animals Sports Gaming DIY Health Positive Privacy
374 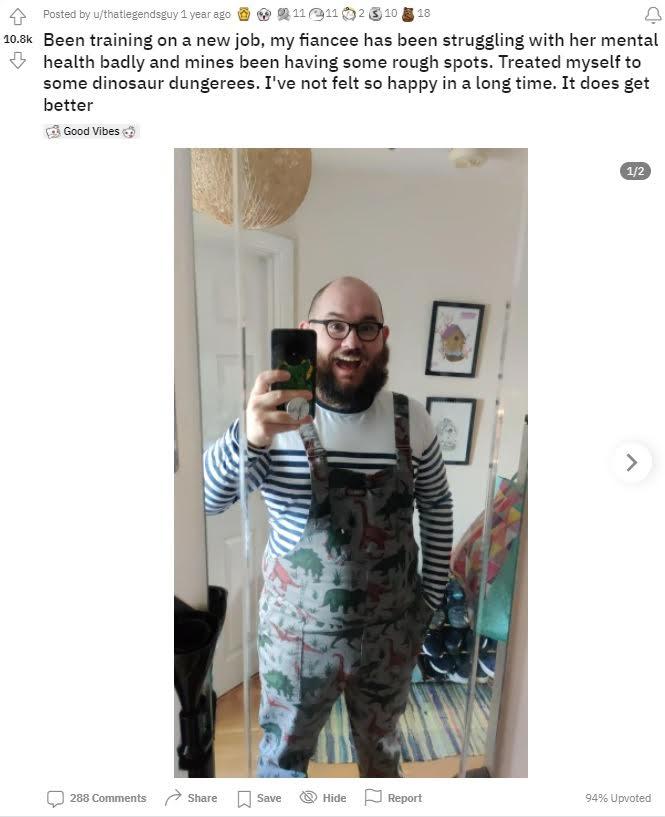 “He was a fattish but active man of paralysing stupidity, a mass of imbecile enthusiasms – one of those completely unquestioning, devoted drudges on whom, more even than on the Thought Police, the stability of the Party depended.” 1984

I've been seeing this phenomenon get more and more...uhh, widespread?

Fucking grown as males acting like infants. Complete soyboy manlets that fetishize being weak. It's like, the weaker they are, and the more childish they are, the more accepted they are in their circles???

There was a guy that worked in my organization, he got a job in the "office", meaning, in the administrative side of the company. He was helping human resources somehow, I can't exactly remember. But some photos got out. He was like mid 30s. Pudgy. Nasty patchy beard, soy glasses, drove a stupid little eco vehicle. Full on captain soybeard, like into the whole starwars, comics, nintendo switch, if it was soyboy material, he was into it 10x.

Anyway, there were some pictures that started getting circulated around the shop between the guys, of this dude in a fucking carebear onesie, with a pacifier, and his wife "holding" him like a fucking baby.

No clue where it came from, but I just had to laugh my ass off. My guys made many jokes at his expense for months.

Eventually he found out that these pictures surfaced somewhere, at first he tried to get angry about it and tried to find out who "invaded his privacy", but when they went nowhere, he quit.

It's like, the weaker they are, and the more childish they are, the more accepted they are in their circles???

They consoom the MSM Kool-aid 24/7. This is the what the (((globalists))) hope to turn all Western men into.

This is the what the (((globalists))) hope to turn all Western men into.

They might succeed, but I'll be dead when it happens.

I'm a millenial and my generation was given toys and put in front of brain rotting television on day 1. We watched Bill nye the science guy videos instead of reading and discussion. We were the first generation exposed to "anti-bullying" campaigns in public schools. We were given Gameboys on long car rides to distract us and alienate us from adult conversation. It's only getting worse. We are only now seeing what this affect has on full grown adults.

That’s a faggot train of thought

I never said that it did, but once you've got 10/10 of those things lined up, it's a pretty fucking good indication.

I've got metal head friends that are by no means soyboy, that are into DnD, star wars and all sorts of pop culture shit.

But once you start knocking those things off the list one after the other after the other, it's the same as when you start seeing women with blue hair, shaved head, face piercings, tons of off-the-shelf tattoos, spouting feminist rhetoric, studying gender studies - at that point you know she's fucking psychotic.

Soyboys have more than an interest in these things. They base their entire persona around the shit. Their identity starts and ends with Harry Potter, Legos, gaming, etc.

Lay off the Lego before someone gets hurt!

Why would anybody want to hire this clown for anything, unless he's applying for a clown job.

Was just going to say, probably in a teaching position.

wears dinosaur pajamas to interview. Uhhhh are we living in the movie Step Brothers?

Someone check this guy's laptop, we are gonna find stuff.

Does it have a trapdoor on the back?

It has a trapdoor in front for easy dilation.

The Soy Jack memes are to point out your complete abdication of masculinity. They are not meant to be a guide, you nitwit

The freakiest thing is the 10k upvotes.

LOL 10k upbots, because dressing like a child is soooo cool!

Maybe we’re looking at this the wrong way. I mean..dinosaur dungies? Right??

…wow. This is beyond single mom shit. This is govt lab curated cancer…

If I was his fiance I'd be struggling with my mental health too.

its the simple things in life frens! a fresh pillow case to lay your head down upon after a long day. a nice cool hold in the sand to bury your head in so you can vote blue no mattee who leading to dinasaur dungarees being you paradise in a constant state of ignorant bliss

Whyd you crop out which subreddit this is from? I have to go troll them!

These people are unwell.

What is it with these people and their obsession with "mental health"?

Man-child with beard with a $600 cell phone wearing some dinosaur dungarees. Dude, get your shit together.

Hahaha what a faggot

And of course all the plebbit consoomers want a pair of their own. https://www.reddit.com/r/MadeMeSmile/comments/m44jfh/been_training_on_a_new_job_my_fiancee_has_been/.compact

This belongs on a 3 year old who’s mom shops at Carter’s, where the fuck does a grown man find such toddler fashions. Fucking creepy

"My life-partner is having a mental crisis, so I went out and spoiled myself. At least my mental health is ok though!"

Why do they even make dinosaur dungarees in his size? smh

What a coincidence. I just bought a box of 405 grain hard cast lead projectiles and some new brass. That's just perfect for dinosaurs, we should hang out.

I am preeeety fucking tired of working to support this shit.

Every time a cuck takes a selfie, a new soyjack is born

The fuck is this shit?

This can’t be real.

Low T. The gaping mouth "smile" is the giveaway.

Dead by suicide in the next 5 years tops.

I didn't know a pillow could be a fiancee.

I had 2 bowls of homemade beef stew last night, a pot of dark brewed coffee this morning.

I guarantee I felt better after my morning movement than you do in your Garanimals.

For all the dicks on this platform who keep telling women to give up their jobs and be submissive at home to find a husband….theres no working with this.