TheDonald
Communities Topics Log In Sign Up
Sign In
Hot
All Posts
Settings
Win uses cookies, which are essential for the site to function. We don't want your data, nor do we share it with anyone. I accept.
DEFAULT COMMUNITIES • All General AskWin Funny Technology Animals Sports Gaming DIY Health Positive Privacy
1798 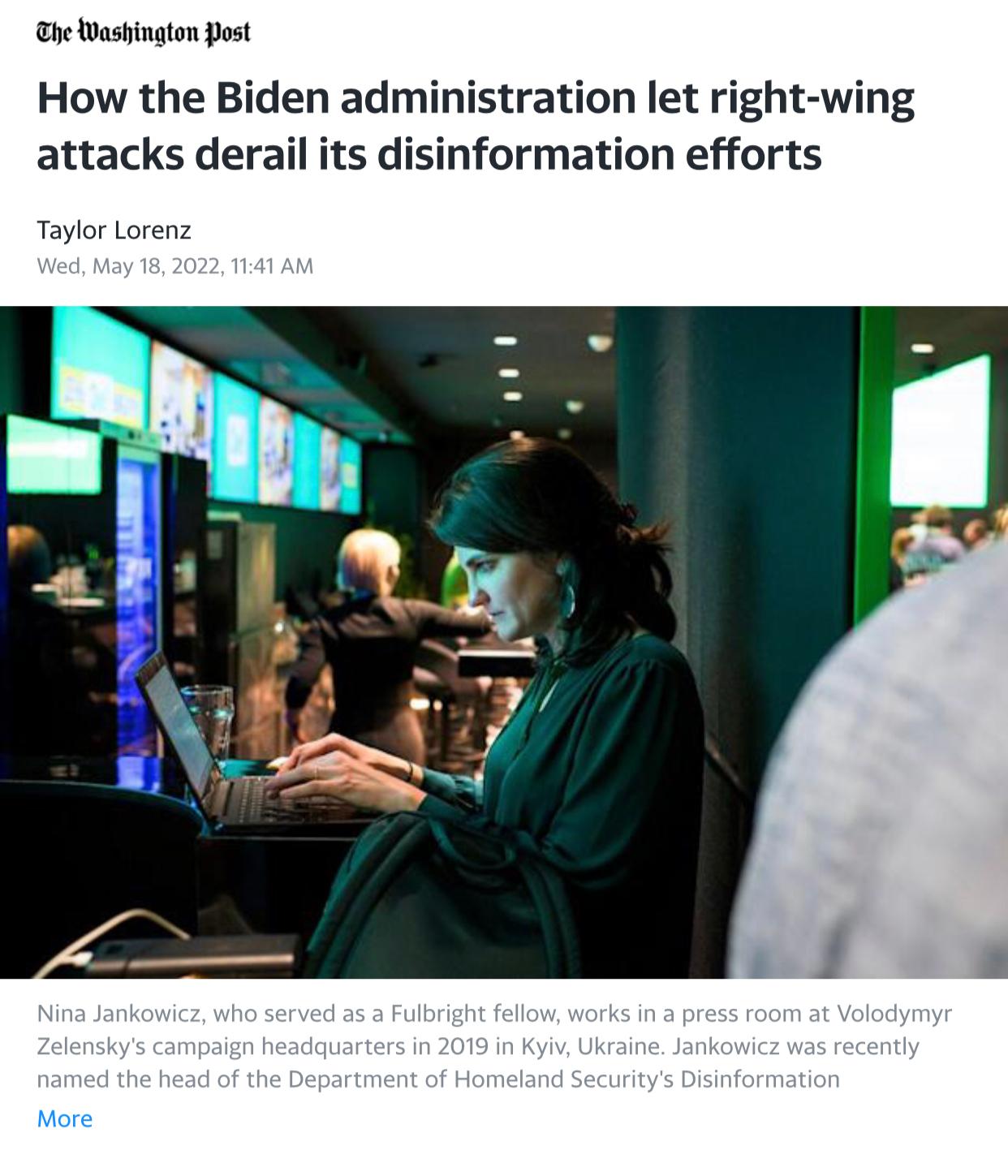 Just when I thought it couldn't get any more corrupt and incesteous.

Totally normal that every Democrat has either worked or has a family member who works in Ukraine.

Nothing weird at all

Came to ask if we were just going to ignore that...and this was the number one comment. Good work pede.

It came out in a huge revolver story two days ago. The next day "the ministry" was paused.

Edit: She was putting out disinformation to sway foreign elections to have favorable results for USA

She's definitely a deep state/CIA asset. Sell us down the river for the big club, and we ain't in it.

On the plus side, she sings.

Probably? But she's rather grace us with the, eff, beauty of her singing.

You'll own nothing and enjoy her singing, bigot.

Could be true, but if she is the type of loon that they have, then these people are too far gone to redeem.

these people are too far gone to redeem.

Counterpoint: We, The People, are so fucked, that they don't even need to bring their best to keep screwing us over.

Nothing to see here. It's totally normal and fine that every "DimoRat has a family member involved in the most corrupt country on the planet." KEK

Y'all are a bunch of Ukraine hating BIGOTS!!

That's because it's a MAN.

That alone should raise all sorts of red flags for any sane person.

She still has a job?

Someone has to keep up the disinformation.

She does the public narrative control dirty work for jewish agitprop campaigns, why would she be out of a job?

I know right? Every single piece of this image is unpleasant lol

I thought they would have gutted that pig by now... (Figuratively).

I'll take that over a record deal.

Or a Gov’t pension.

Long enough to apply for a security clearance to fail upward elsewhere.

So the Washington Post, the Pravda of the Potomac, questions why censorship hasn’t been put in place. Perfect.

That needs to be on their masthead! It's that kind of truth carpet bombing that derailed the Ministry of Truth KEK

What's with those giant claws? She has serious man-hands.

and the profile of her face...

That jawline... anybody have eyes on Quentin Tarantino?

"Knock it off, Jack. I don't need you to tell me how manly my jawline is. I'm the one who sucks Hunter's cock with it, I know how fuckin' manly it is."

Why the fuck is everything tied to Ukraine?

Somehow it's home base.

They have Americans flying Ukraine flags now, it's America 2.0 Commified.

“The campaigns invariably start with identifying a person to characterize as a villain. Attacking faceless institutions is difficult, so a figurehead (almost always a woman or person of color) is found to serve as its face. Whether that person has actual power within that institution is often immaterial. By discrediting those made to represent institutions they seek to bring down, they discredit the institution itself.”

Is Taylor Lorenz so stupid that she does not realize that she is quoting, almost verbatim, from Saul Alinsky's book Rules for Radicals? "Pick a target, freeze it, polarize it," is about all she left out. Commies are so self-unaware. They don't like it when Alinsky's rules get applied to them. Especially ridicule.

It’s straight from Alinsky, and it explains why they’ve been so effective at tearing down institutions.

There’s a second admission, though, in this line: “Attacking faceless institutions is difficult, so a figurehead (almost always a woman or person of color) is found to serve as its face.”

Change it to “defending faceless institutions is difficult,” and it explains why it’s amateur hour and everyone’s a diversity hire.

It’s such a blatant admission too. “Found to serve as its face.” Found by whom? WE didn’t pick the cunt. THEY did. And they’re explaining why they did.

Never question the stupidity of a radical leftist.

Nope, she is splitting Alinsky tactics. She things the readers are either a) retarded, or b) in code update reception mode, and articles like hers are the code update.

Ah this woman and her 'incredible qualifications' for the role. I guess HR at DHS never bothered to search her history to locate all that singing about sucking dick for promotion.

Joe was never on the rails, lets be honest.

Oh, she was a fellow alright.

Washington Democracy Dies in Darkness Post is lamenting that the Ministry of Truth was not implemented. laughing my motherfucking ass off.

"We're going to beat you like a drum in November. Polls are trending D now."

The comments section there is absolutely rife with delusion.

Why does Lorenz still have a job? Normal chicks are acid-attacked for much less…

Apparently Scary Poppins goes to the restaurant in her bathrobe...

Am I the only one that thinks that this whole right-wing smear is getting old? I mean it's being going on for like 6 years and they never moved on. They are going to blame everything that dows not work on the right-wing boogeyman?

But, really, Stalin was playing this trick in the late 1920s. I'm pretty sure he didn't invent it, nor Lenin. I'm pretty sure this was invented back in the days of the French Revolution's La Terreur by the Jacobins.

These people are so dumb they can't even write headlines that don't accidentally call out the truth.

At least the headline is accurate.

Lorenz and Jankowicz sitting in a tree, always l-y-i-n-g.

I knew that bitch was a commie

That headline though - lolz. We did derail THEIR disinformation attempt! Huzzah!!!!

We broke this cunt and almost broke that faggot Myorkis, or however you spell that homos name. We need to single them out and go all in, take them out and move on to the next one. All these kid-fuckers need to pay...

Another awesome piece of journalism from Taylor Lorenz.

They messed up the title. It should be:

"How to gargle the balls of the government, and swallow ever drop of shit they shit into your mouth, and how the alt-right isn't letting us have the mouth-shit we so desperately desire."

You mean how the crazy bitch lost her own job?

Bezos and The TalorLorenz (of we-will-doxx-you fame) complain how weak Xiden is to let the RIGHT WING stop his MinistryofTruth, by showing Nina, like some evil witch on a mission, in a cafe doing her deeds while working on Ukrainian Volodymr Zelensky's 2019 CAMPAIGN!

I’m not sure she read her headline before posting it.

Why did this fugbeast pose for a picture in Ukraine in 2019?

No no, Zelensky isn't the head of a globalist puppet regime you conspiracy theorist.

So what if our Minister of Truth worked on his "campaign". Putin is just a bloodthirsty madman or something like that. Ya, and you're definitely a traitor if you disagree. And a bigot...somehow

Lol bro Zelensky is just a useful puppet. He ain't pulling strings but yeah anyone connected to him and/or Ukraine are corrupt.

She will now play the victim after attempting to create dystopia

Because it was WRONG.

so much for that education and resume?

Damn, far-left propagandist Taylor Lorenz must be having a rough time with menopause.

Well, yes and no. I saw an article about this yesterday that claimed there was a "coordinated effort" by scary right-wingers to mock the Ministry of Truth and Ms. Poppins into the toilet bowl--but in reality, enough clear-headed people organically thought this was bullshit for it to get there.

I mean, I'm sure guys like Jack P helped, but there was no coordinated effort.

The left NEEDS a bogeyman lest they look in the mirror and see it's them all along.

I salute you all!

Oh, man, that headline. The only truthful part of it is that it describes the Biden adminstration's efforts as 'disinformation.' That board's sole purpose was set up to create and desseminate disinformation about political dissent and opposition. We live in mind-boggling times, folks.

But democracy dies in darkness.

I think "we" contributed to that, but this was a colossal blunder on the part of the smartphone addicted millennials dictating the white house. They have their heads planted complete up each others' assholes.

Up inside each others' assholes, they all believe that the public at large was clammoring for this Disinformation Bureau. They calculated making Nina Stankybitch the head of it would send people over the moon and she'd be a new star and that tiny sliver of those durn MAGAts would object because it would be so obvious that she was there to smash them, but the overwhelming, vast majority (as they saw it) would be so relieved to finally be able to believe everything again!

That's what they thought, they were as blind, stupid (and a few of them just plain evil) as the bush jr white house that asserted the US would be "greeted as liberators" when they rode into Baghdad. These are the same people who put that faggot in the white dress and press-on nails on Youtube and thought everyone would just swoon at how cool he was.

That's the problem. There's just as much incompetence as there is evil in the bidet administration.

One clueless idiot propping up another clueless idiot. The government used to be good at the deception game. Have all the evil smart people disappeared? They can't even keep shit secret anymore. The only decent traitors are all in the FBI, NSA, DOJ, and other alphabet bureaucracies where they can effectively hide. I imagine their necks are sore from all the headshaking they do every time the public face of the installed regime opens their mouth and vomits up a new batch of stupid.

Her videos, which are super cringe to most are looked on with reverence by the homogoblins in the Gov. They probably fap while watching them...

We haven't seen the end of him yet.