TheDonald
Communities Topics Log In Sign Up
Sign In
Hot
All Posts
Settings
Win uses cookies, which are essential for the site to function. We don't want your data, nor do we share it with anyone. I accept.
DEFAULT COMMUNITIES • All General AskWin Funny Technology Animals Sports Gaming DIY Health Positive Privacy
512 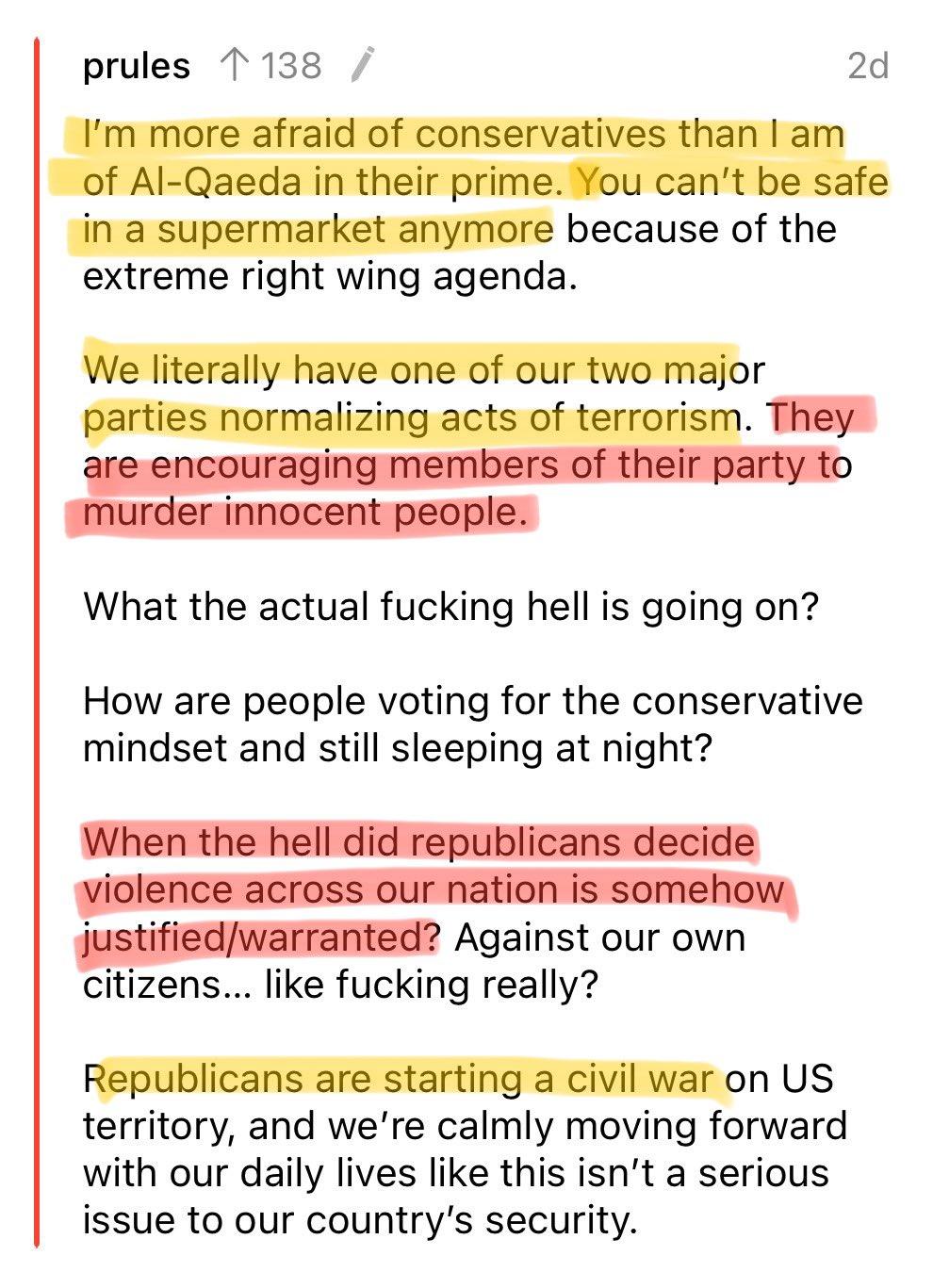 i'm glad that you're afraid

maybe you shouldn't have done all those things that make people retaliate against you...

it's okay when they beat people in the streets and burn down buildings because reasons.

why is it racist to say chimp out? i'd say it of white people if they did it too... just point me at the white people rioting

To be fair it was mostly young liberal cunts rioting. All of the dudes Rittenhouse shot were white trash.

until an actual black person corrects the record, then no it wasn't

it was black people being mad about black things

are you trying to take that away from them?

If only they stopped for a moment to consider this. They still don't get why Trump was elected in the first place. Sad.

gotta give it to the government, they cultivated a crop of extremely stupid people. then pointed them at a TV to be programmed

and it pretty much worked flawlessly

this country is fucked

If only they stopped to read the manifesto of that schizoid nutcase.

When you only believe what the cool black dude or hot chick on. Tik tok have to say about politics and world affairs

There are tons of people pushing this type of material.

When the hell did furries decide violence across our nation is somehow justified/warrant? Against our own citizens... like fucking really?

Furries are starting a civil war on US territory, and we're calmly moving forward with our daily lives like this isn't a serious issue to our country's security.

I wasn't meant to be a soldier. I was a cheese maker. I made cheese.

Because it's not some inspired thought. This is The Narrative. We knew Biden would come for the guns eventually. This is how it's done. The Narrative has shifted. You'll hear these talking points on msm all summer.

The media will push these talking points over and over and over, and when the normies are all are sufficiently primed for it and repeating it, another shooting also perpetrated by a leftist/muslim/known to the FBI/nazi, but blamed on republicans/far-right/Trump supporters/nazis (not real nazis, just what they call us) will occur. And they will be told not to feel sad, but to be angry, and that the only thing to do is to take the guns away from those asshole gun owners.

Then they will push for gun confiscation. It happens now because control of congress will shift after the election.

It's kind of ironic that black on black, black on white, muslim on white, and white on white shootings weren't the final straw. It was white on black. Clown world.

im afraid of the terrorists on the left!

because im afraid of a political group, that makes them terrorists!

What are they even talking about?

It's hard to keep up with their programming, even for them, that's why they're all freaking out and panicking, and the "moderates" have just gone silent or have spoken out and been labeled as right wing extremists lol

How sheltered are these people to think right-wingers give any kind of logical shit about shooting up random groceries?

Why would some chink bot be afraid of either?

This just passed the house:

Burn down our cities, threaten us in our homes, harass and get us fired from our jobs, and generally do everything in their power to make our lives a living hell.

~someone gives them a taste of their own medicine~

OH MY GOD HOW DARE YOU!

95% chance this person wasn't alive when Al Qaeda was in it's prime.

This is the problem created by arguing with anons on the Internet. For all we know, this person is 12 years old, and 9/11 had the same impact on their lives as Pearl Harbor had on mine.

Post history on most accounts I used to bicker with on reddit were a red flag. Trans, suicidal, depressed, blue haired they/them neurotic fucks. I wouldn't give the time of day to them face to face because they're losers.

anyone want to go throw this guy in a clockwork orange style chair and force him to watch video of the black serial mass murderer targeting asians that's yet to be caught?

Yanno, being told that I'm a terrorist because I want lower taxes and a strong Outward federal government, that lets states have more autonomy....

It feels good. I sleep very soundly at night know I make people like this quiver in fear.

I can't even tell where they're getting their delusions anymore. It's like they're iteratively locking themselves in a closet with each other, having a scary story contest, voting on the scariest, and then continuing to extend it...without any connection to reality whatsoever.

I can clearly see careful work of a 3 letter agency. A lot of people worked on writing this.

The shooter was a self-described "eco-fascist national socialist". That reddit post is what happens when you shut down the mental asylums and allow the sick to run rampant in the general population. I'm sure that post was made in between bouts of crouching in the corner and chewing on crayons

That's either a troll, a foreign actor, or a seriously misguided kid who needs to stop watching CNN. My money is on it being a troll. The morons on reddit are running around trying to outmatch each other on how insane a post them can make for virtual points.

I wish I could say the same, due to the lefts's extreme violence, but only a pussy would be afraid of soy fueled gaybies

Projection is another form of mental illness and there's millions of sufferers.

Good, although it sounds like bullshit. These fuckers believe anything...

Faggot should be afraid.

He doesn't give a shit about our country's security

These types of opinions from people used to bother me. They don't anymore.

If I was a leftist I'd be afraid too. They poked a sleeping bear, and now it's wide awake and hungry.

Only people calling for violence is the party of violence.

welcome to opposite day

The Democrat party needs to be declared a terrorist organization even in the loosest definition. I never would have thought a political party would force biological experimentation on an entire nation under the threat of not being allowed to work again. Or that schools would actively endorse racism and would encourage kids to mutilate and drug their body.

I wish I could believe the opposite of the truth regarding every facet of my life and the world we live in. It would make it way more fun to watch Tv at least.